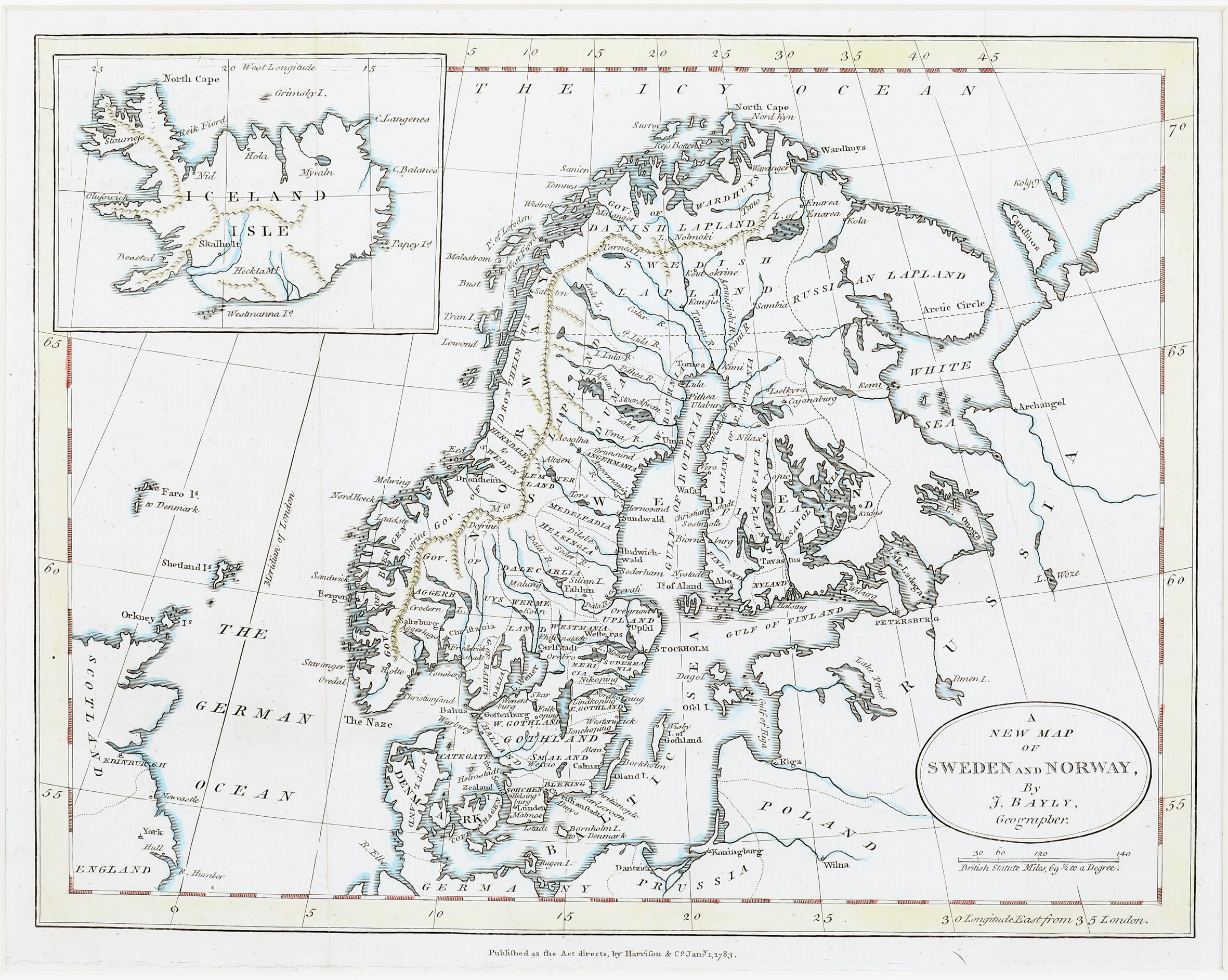 was an English cartographer and engraver who worked in London. Besides views and portraits he produced maps, eg for „The Geographical Magazine“, published by Harrison & Co. Nothing more is known about his life.

This map from „The Geographical Magazine“ in 1793 (map dated 1783) has a rather simple title cartouche with a distance scale underneath. It depicts Scandinavia, the Baltic, Russia, the Northeastern part of Scotland, the Orkney and Shetland Islands, including an inset of Iceland in the upper left corner. The Arctic Circle is marked but not in Iceland.

The shape of „Iceland Isle“ is the Knoff type. In the interior of the country, only the volcano Hekla, Lake Myvatn and the bishoprics Skalholt and Holar are named.