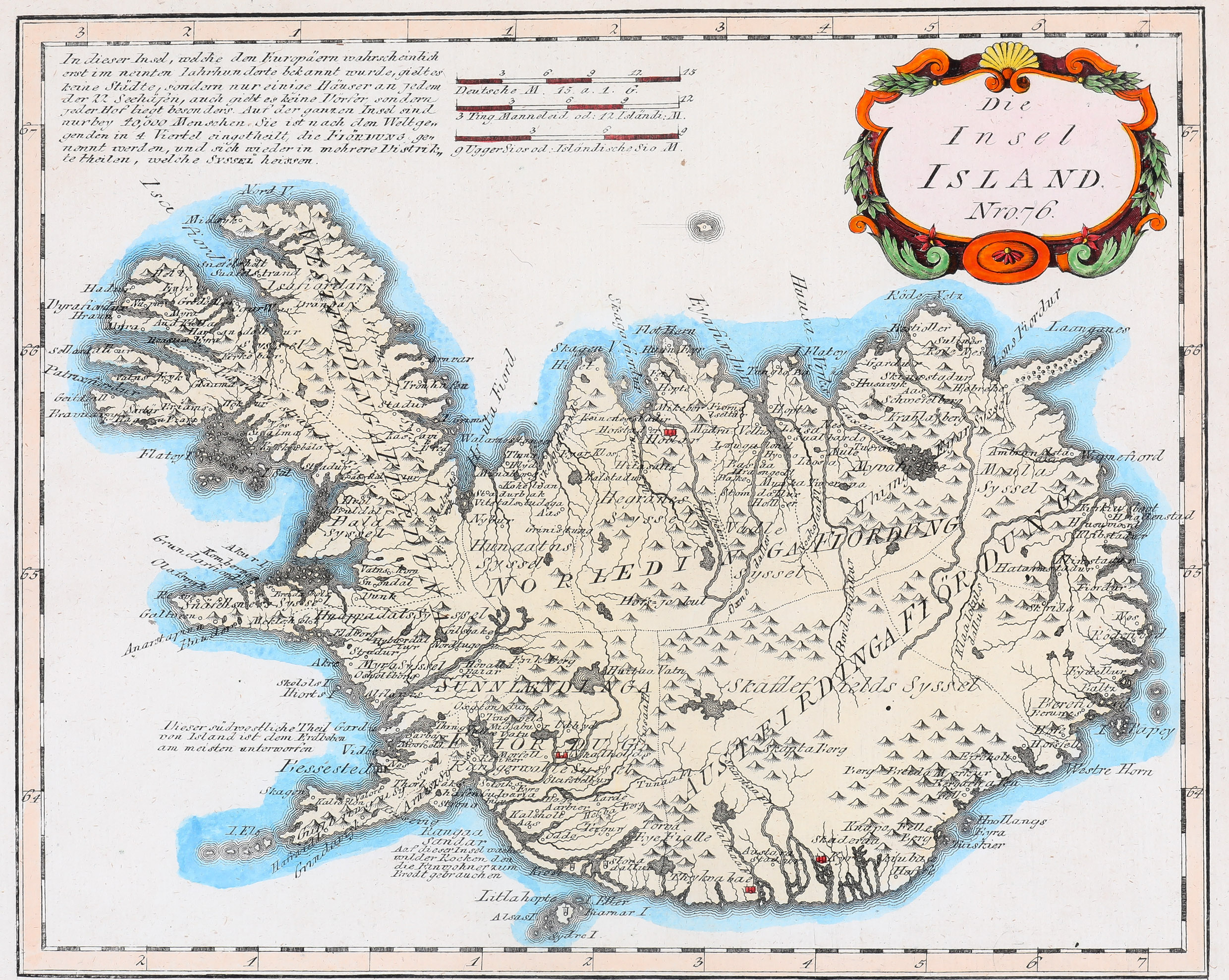 was an Austrian publisher, cartographer and author. Between 1789 and 1806 he produced „Schauplatz der Fünf Theile der Welt“, a so called „World Atlas“ but the 830 sheets show only Europe. In 1799 he published a real world atlas, „Allgemeiner Postatlas von der ganzen Welt“, the first post route atlas at all. As a writer he particularly became famous by his „Sinngedichte“ and other poetic works.

This attractive map of Iceland, taken from „Schauplatz“, is based on Homann‘s map of 1761 and is embellished with a decorative title cartouche in the upper right corner, with three distance scales placed in the center. In the upper left corner there are seven lines of text with general information on Iceland and in the lower left quadrant two sentences explain where earthquakes („Erdbeben“) are common and where rye („Rokken“) for making bread is growing.

The map graphically delineates the mountains, rivers, lakes and forests and locates numerous villages and some churches, amongst them the bishoprics Skalholt and Holar. The famous volcano Hekla is only named with a typing error („Hekba Berg“) but not depicted as a volcano.

I discovered this map in a stamp auction catalogue in autumn 1974. Since my childhood I had been a stamp collector (with main focus on the Federal Republic of Germany) and I shared this hobby with my father-in-law. His daughter Gisela and I had just fallen in love on the day of my PhD graduation in January that year. As I had travelled to Iceland several times in the years before I thought it would be nice to have on antique map of Iceland as wall decoration in our home we had just moved in. I was successful to acquire this map for at an affordable price. Years later it turned out that this moment was the birth of our big collection of Iceland maps. Over time Gisela and I became passionate collectors.