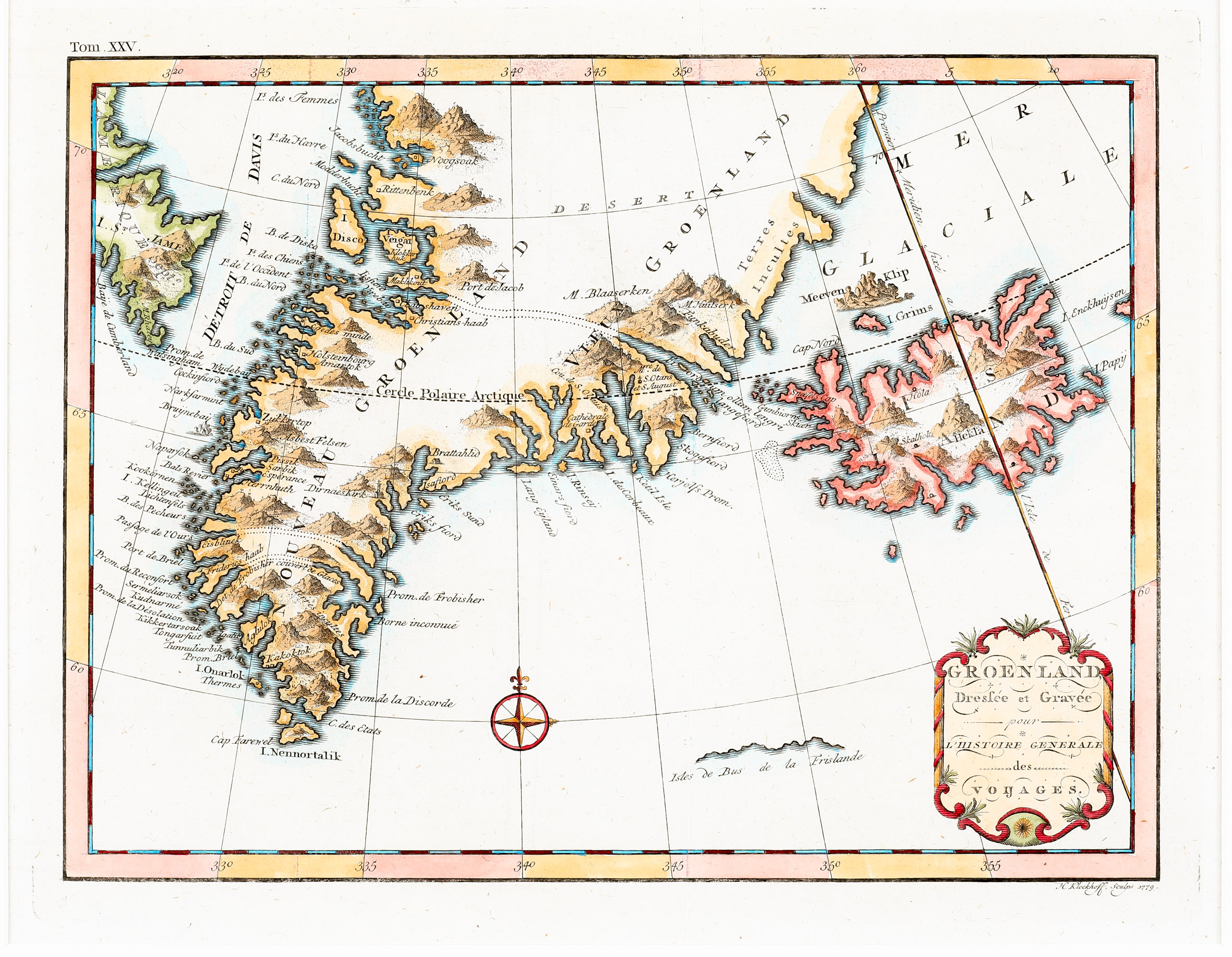 was an Amsterdam based engraver who worked for Dutch firms including Covens and Mortier between c. 1777 and 1798. „His corpus of work is immense but the man himself is elusive and we have been unable to discover anything further of his personal or professional history“ (Geographicus – Rare antique maps). It is known that he has re-engraved maps by Jacques-Niicolas Bellin for the Abbe Prevost‘s „Histoire Generale Des Voyages“ which appeared in 25 editions.

This very rare map with „H. Klockhoff“ printed underneath in the far right corner, was published in the Dutch version of Abbe Prevost‘s „Histoire Generale des Voyages“ of 1779.

Decorated  with a title cartouche in the lower right corner and a wind rose, the map is dominated by the depiction of Greenland, with the Davis Street („Detroit De Davis“) and Arctic Canada to the west, Iceland to the east and some smaller islands.
The Arctic Circle („Cercle Polaire Arctique“ is marked all over the map and runs rather correctly, with regard to Iceland only a little bit too far south. Greenland is shown in many details along the coast while the hige glacier covering the island is only named „Desert“. Three channels are marked with dotted lines, apparently to visualize the three islands that were thought to make up the southern tip of Greenland. In the ocean around Iceland there are the real islands Grimsey („Grims“) and nearby cliffs („Meeren Klip“) in the north and Papey („Papy“) in the east as well as the fictitious islands  „Enckhuysen“ at the right edge and „Isles de Bus de la Frislande“ in the south. The drawing shows either the profile of mountains or the  northern coastline.

„Island“ is written in two lines across the interior of Iceland. In the depiction of Iceland an impressive Hekla nearly fills the whole island. Besides the volcano, only the bishoprics Skalholt and Holar are named.