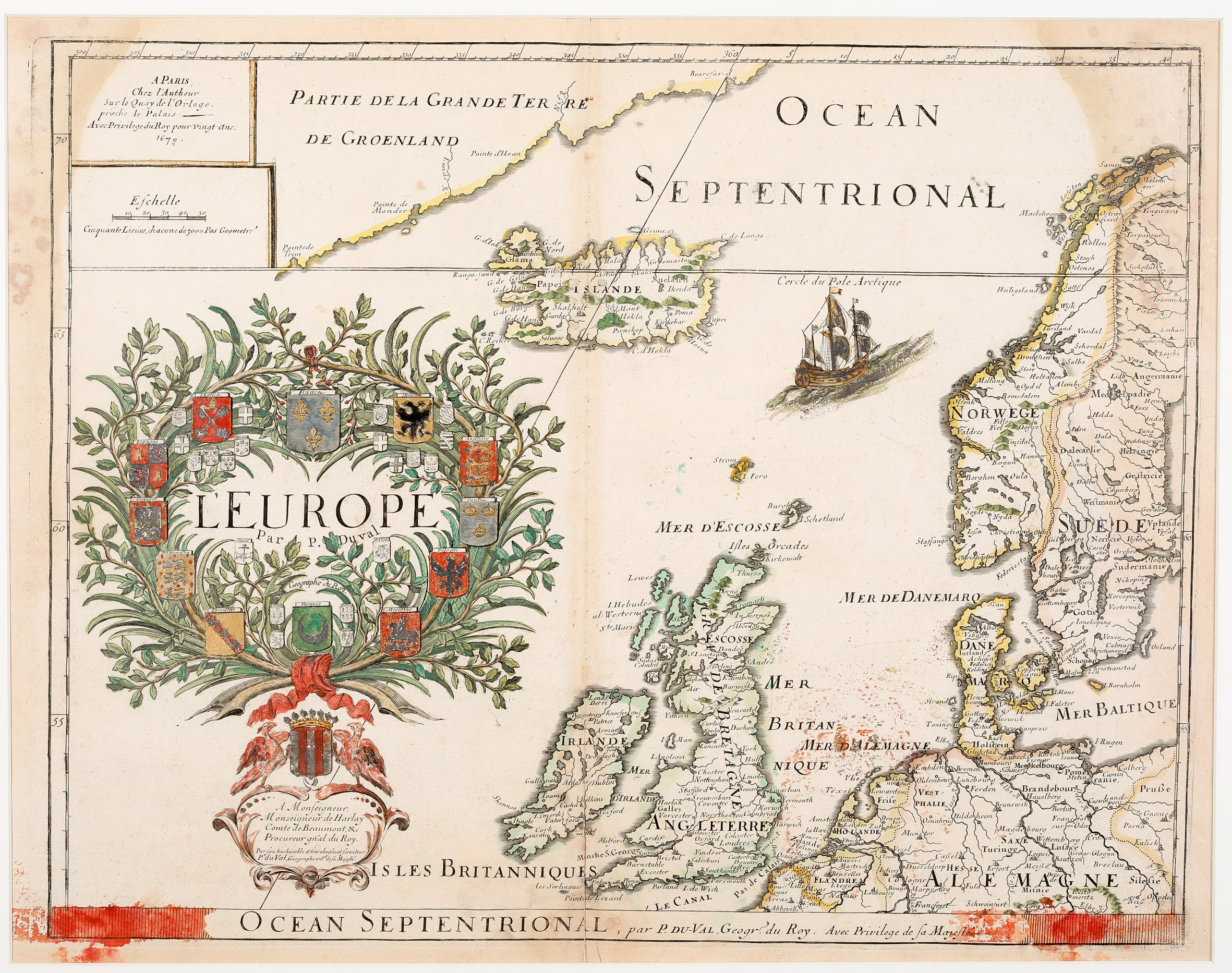 This rare large map is one of Duval‘s „separate maps that appeared in various travel accounts and other books of that kind“ (Islandskort.is).

It is the North-West part of a 4 sheet map of Europe and shows Iceland, Norway, Sweden, Denmark, the British Isles and the Netherlands, including parts of Germany, Belgium and France. The mainly conjectural coastline of Greenland runs across the top quarter of the map. The very decorative floral vignette title shows various national coats of arms including France, England, Turkey, Poland and eight others. Duval’s title „Geographe du Roy“, his „privilege“ and his name can be discovered  in different parts of the map, e.g. in the frame in the upper left corner (here also the year 1672 is mentioned) and in the title cartouche. A large vessel sails off the coast of Norway.

„Islande“ is written across the depiction of the country which contains only few place-names including the bishoprics Skalholt and Holar as well as an erupting Hekla. The Arctic Circle is drawn too far south. 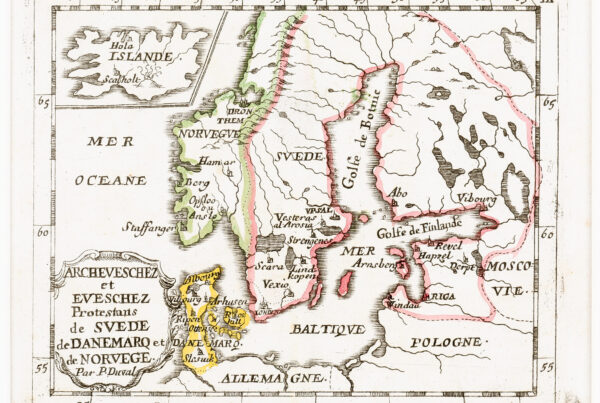 Pierre Duval (1618 - 1683) was a French geographer, cartographer and publisher who worked in…