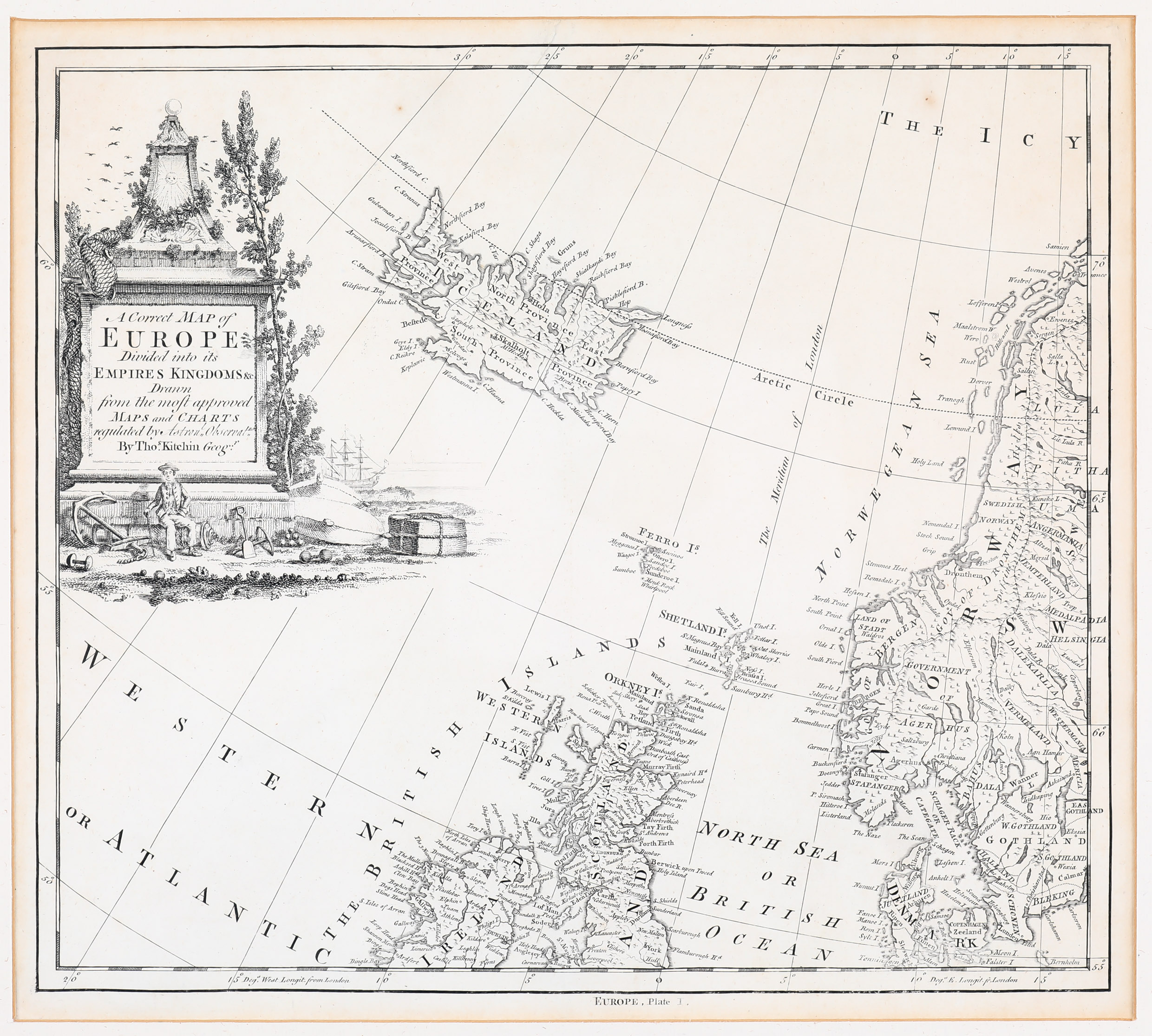 born in Southwark, England, was a London based engraver, cartographer and publisher. At 14, he apprenticed to the well-known map engraver Emanuel Bowen under whom he mastered the art of engraving. In 1739 Kitchin married Bowen‘s daughter Sarah and later inherited much of his preceptor’s prosperous business. By 1741 Kitchin worked independently and about 1773 he acquired the title „Royal Hydrographer to King George III“ of England, a position his son Thomas Bowen Kitchin also later held.
Thomas Kitchin is responsible for numerous maps published in „London Magazine“, „Gentleman‘s Magazine“ and „The Star“. His most important works are the first pocket atlas of Scotland „Geographia Scotiae“ in 1748/49, „The Small English Atlas“ in 1749 which he co-published with another of Bowen‘s apprentices, Thomas Jefferys and „The traveller‘s Guide through England and Wales“ in 1783. Thomas Kitchin also engraved maps for Guthrie‘s „New geographical, historical and commercial grammar; and present state of the several kingdoms of the world“, published by Charles Dilly, G.G. and J. Robinson in London.

This curious and uncommon map is panel 1 of a four panel monumental wall map which was published in the „Dictionary of Commerce“ by Malachy Postlethwayt who had commissioned the well-known engraver Thomas Kitchin to compile this map based upon earlier maps by Vaugondy and others. Unlike most other maps from this work each panel of the wall map is set into its own borders and was not intended to be joined.

The decorative  title cartouche for the whole wall map is placed in the upper left quadrant of Panel 1 and features various nautical elements against a baroque monument bearing the map‘s title and mentioning the author of the map.

In the interior of Iceland there are mainly numerous mountains and some place-names to be seen, including the bishoprics Skalholt and Holar. „Mt. Heckla“ is depicted with a small illustration of the volcano. Off the west coast are the mysterious „Guberman I.“ The Polar Circle is placed a bit too much south.