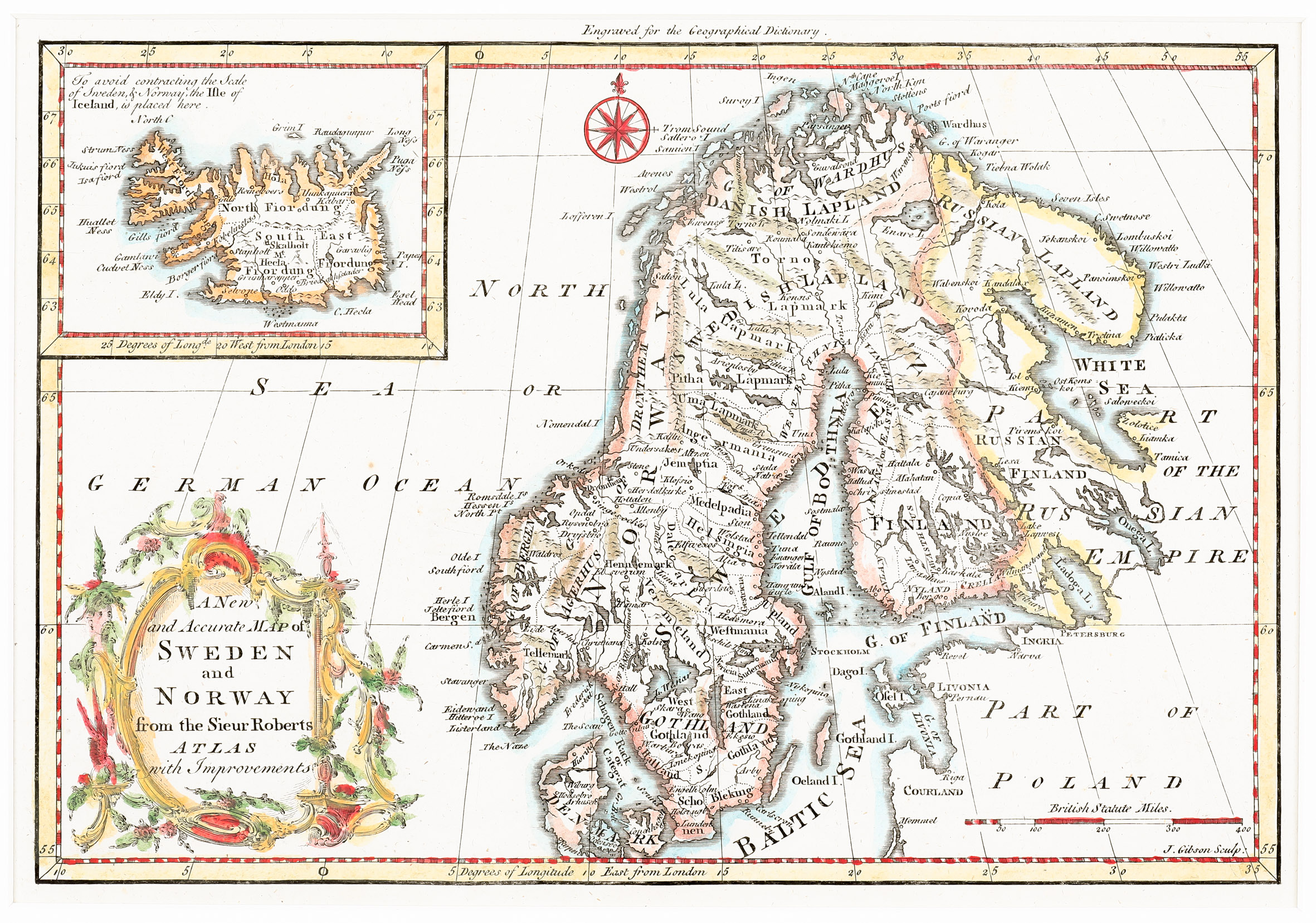 was an important English cartographer and skilled engraver. Son of a locksmith, he was apprenticed to the Worshipful Company of Stationers in London and continued until 1748 when he started his own business. Gibson proved a talented geographer and engraver who produced numerous maps, especially for books and other publications (for example the „Gentleman’s Magazine“). He established collaborations with other map sellers such as Gilles Robert and Didier de Vaugondy. Gibson engraved maps for Vaugondy‘s „Geographical Dictionary“ (1765). Little is known about his life beyond his publications, with one exception. Gibson was not as astute in his fiscal affairs as with the engravers pen and consequently spent much of his life consigned to debtor‘s prison.

Above this map the information is given where this map is taken from:
„Engraved for the Geographical Dictionary“. Decorated with a decorative ornate title cartouche in the lower left corner and a compass rose capped with a fleur-delis, the map shows Scandinavia, the Baltic, „Part of the Russian Empire“ and „Part of Poland“. The Northern coast of Russia beyond modern Arkhangelsk is unmapped. In the lower right corner a distance scale is placed.

In the upper left corner, Iceland is depicted in an inset map, with an explanation given by the author which is unusual: „To avoid contracting the Scale of Sweden & Norway, the Isle of Iceland is placed here“.

The outline of Iceland is the Joris Carolus type. The country is divided into four regions. Information is rather poor. There are only some mountain ranges, an erupting Hekla and a few place-names, amongst them the bishoprics Skalholt and Holar. The Arctic Circle is missing on the whole map.