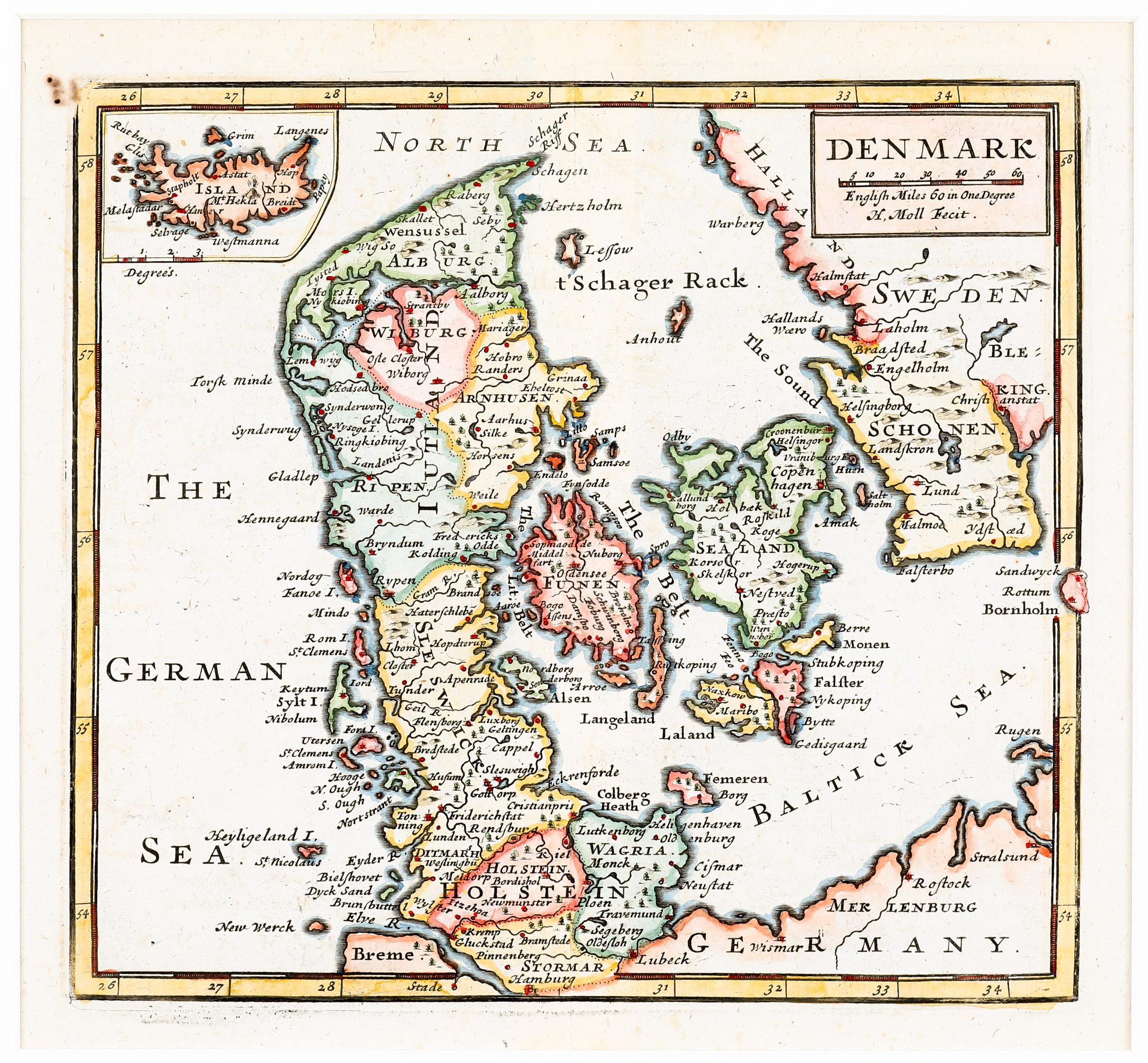 was an important map publisher and engraver based in London. Most likely he was a German from Bremen who moved to London in 1678. First Moll worked as an engraver for Moses Pitt on the production of the „English Atlas“. Around the turn of the century he set up his own business. Most of Moll‘s maps, covering all parts of the world, were produced as loose sheets that would be bound to order, however, he also published several important atlases late in his career: the „Atlas Manuale“ (1709), the „Atlas Geographus“ in five volumes (1711-7), the „New and Complete Atlas“ (1719) and  the „Atlas Minor“ (1729). After Moll‘s death the  Bowles family (1714 – 1832) took over possession of his stock. Due to his popularity and the sheer volume of his work, Moll‘s maps continued to dominate the British market for decades.

The origin of this rare map is uncertain. „We don‘t know from which collection the map is taken but the shape of Iceland resembles the one on Dutch sea charts from the same period“ (islandskort.is).

The title of the map is placed in a rectangle in the upper right corner together with a distance scale and the name of the author. Its focus lies on Denmark, surrounded by the „German Sea“, the „North Sea“ and the „Baltic Sea“, with an inset of Iceland in the upper left corner. Though Iceland was ruled by Denmark mostly in its history this combination of the two countries is ununsual; normally an inset of Iceland is shown in the context of Scandinavia.

The inset map of Iceland is unusually separated by a sweeping curve. Information given in the interior is very poor. The country is named „Island“ and „Mt Hekla“ is the only place-name, shown erupting.