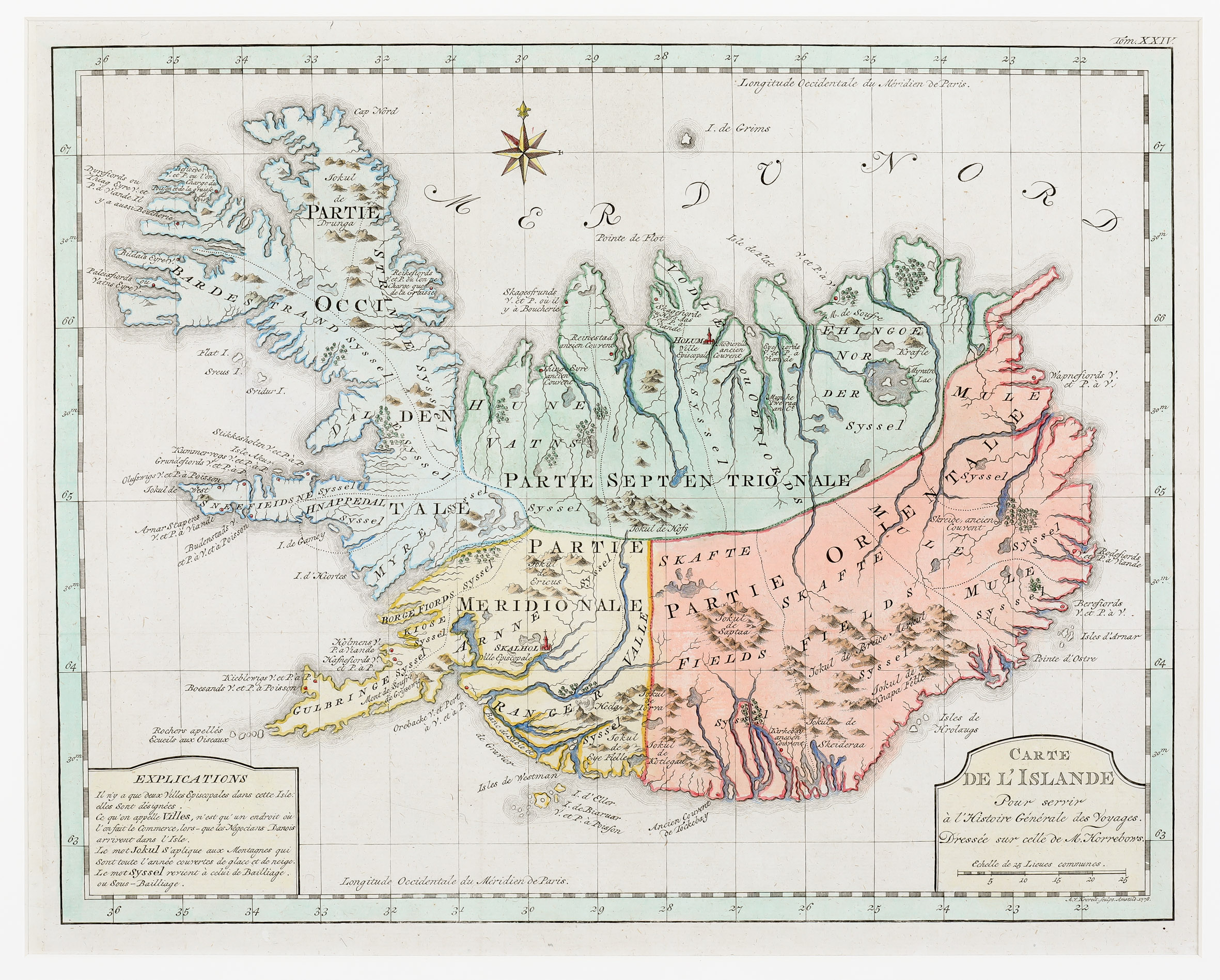 Abraham van Krevelt was a Dutch engraver, active in Amsterdam. Nothing more is known about his life.

Jacques-Nicolas Bellin was a French hydrographer, geographer and member of the intellectual group „Philosophes“. Born in Paris, at the age of 18 years, he was appointed hydrographer to the French Navy. In 1741 Bellin became the first „Ingenieur de la Marine“ of the „Depot des Cartes et Plants de la Marine“ (French Hydrographical Office) and was named  „Hydrographe Officiel du Roy de France“. During his reign the Depot published a prodigious number of maps and atlases, e.g. the „Atlas Maritime“ (1764) and the „Petit Atlas Maritime“ (1764). Bellin also contributed a number of maps to the „Histoire Generale des Voyages“ of Antoine Francois Prevost d‘ Exiles (1697 – 1763), a French author and novelist (e.g. „Manon Lescaut“), simply known as „l‘Abbe Prevost“. Prevost’s collection was printed for the first time in 1746 and it continued until 1789, more than 20 years after his death. Many of Bellin‘s maps were copied by other mapmakers.

This map appeared in the 1778 edition of Prevost’s „Histoire generale des voyages“, engraved by Krevelt. His map looks very similar to the Bellin map of 1768 but has been re-engraved.

The map is decorated with a large title cartouche including a distance scale in the lower right corner, a compass rose and an explanation table in the lower left corner. The latter explains the meanings of some terms. „Ville Episcopale“ is used for the bishoprics Skalholt („Skalhol“) and „Holar („Holum“). The term „Ville“ simply identifies a location where commerce occurs when the Danish negotiators arrived on the island. „Jokul“ means a  mountain which is covered by ice and snow all year round and „syssel“ an ancient land-division. The map delineates graphically mountains, rivers, forests, fjords and glaciers. Astonishingly the famous volcano Hekla is only named („Hecla“) but not highlighted.

The most obvious differences between the Krevelt and the Bellin map of 1768 are as follows: This map has a the larger size, a new type set for „Mer du Nord“ and a slightly changed title cartouche. (For the background of both maps see Bellin‘s „Carte de L‘Islande“ of 1768.)