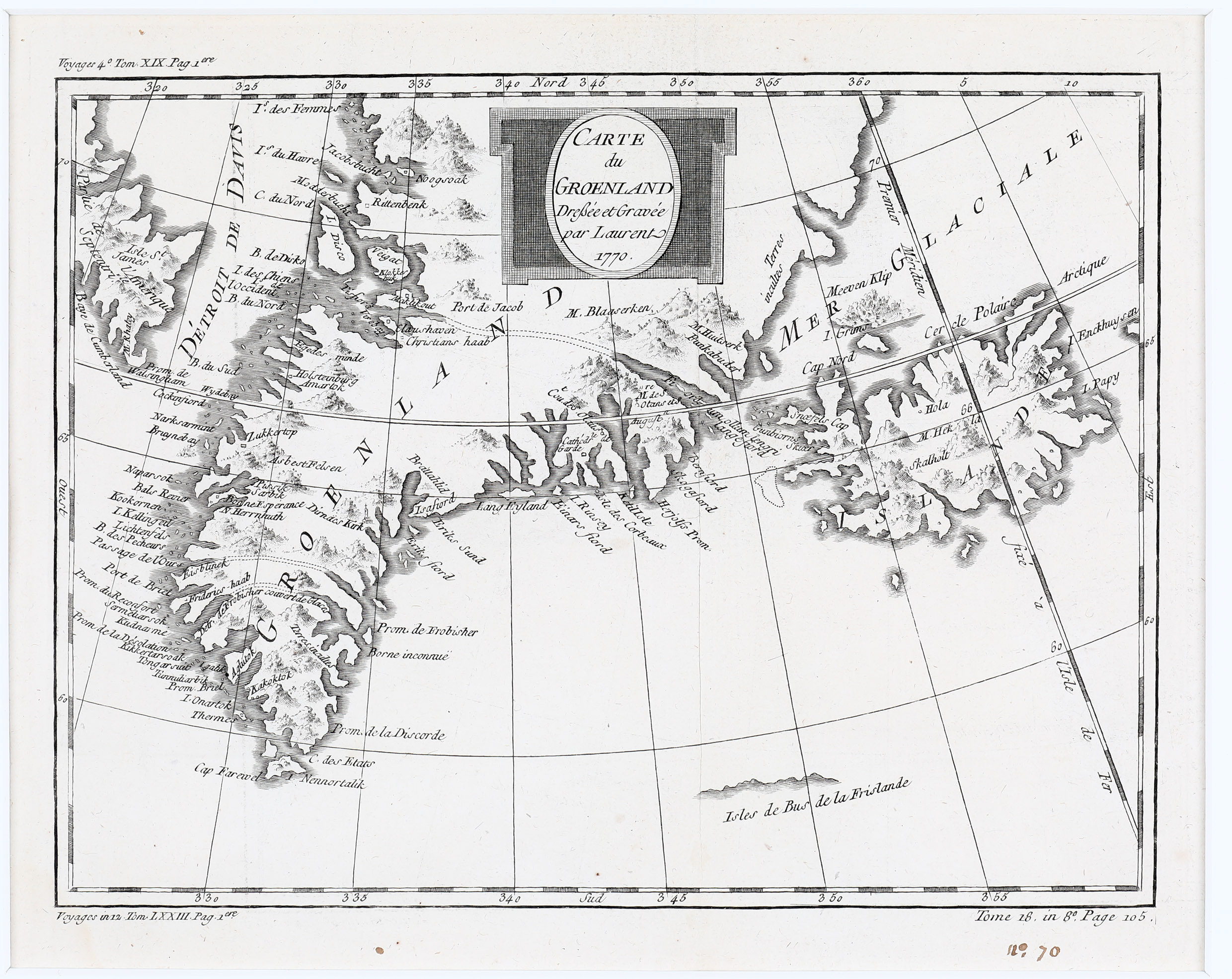 was a French hydrographer, geographer and member of the intellectual group „Philosophes“. Born in Paris, at the age of 18 years, he was appointed hydrographer to the French Navy. In 1741 Bellin became the first „Ingenieur de la Marine“ of the „Depot des Cartes et Plants de la Marine“ (French Hydrographical Office) and was named  „Hydrographe Officiel du Roy de France“. During his reign the Depot published a prodigious number of maps and atlases, e.g. the „Atlas Maritime“ (1764) and the „Petit Atlas Maritime“ (1764). Bellin also contributed a number of maps to the „Histoire Generale des Voyages“ of Antoine Francois Prevost d‘Exiles (1697 – 1763), a French author and novelist (e.g. „Manon Lescaut“), simply known as „l‘Abbe Prevost“.
Prevost‘s collection was printed for the first time in 1746 and it continued until 1789, more than 20 years after his death. Many of Bellin‘s maps were copied by other mapmakers.
Bellin‘s work focussed on function and accuracy, tending to be less decorative than the 17th century cartographic images, thus gaining for France the leading role in European cartography in the 18th century.

The map shows a portion of Baffin Island in Northeast Canada, southern Greenland and Iceland and hints the fictitious islands of Frisland and Enckhuysen. The Denmark Strait between Greenland and Iceland is named „Mare Glaciale“ and the Davis Strait as „Detroit de Davis“. Many harbours are located on Greenland‘s coast with inlets and bays. Three channels are marked with dotted lines apparently to visualize the three islands that were thought to make up the southern tip of Greenland.

„Island“ is written in curve shape across the map of Iceland. In the interior of the country there are only three place-names: Skalholt and Holar, the bishoprics and M. Hekla, the volcano. The Arctic Circle is too much south, running through the northern peninsulas of Iceland.

Some issues regarding this map are unclear or even mysterious. As the title indicates the maker is a person with the name „Laurent“. Nothing can be found about this person in the Internet, except that most likely his surname is Joseph and he was born in Normandy.