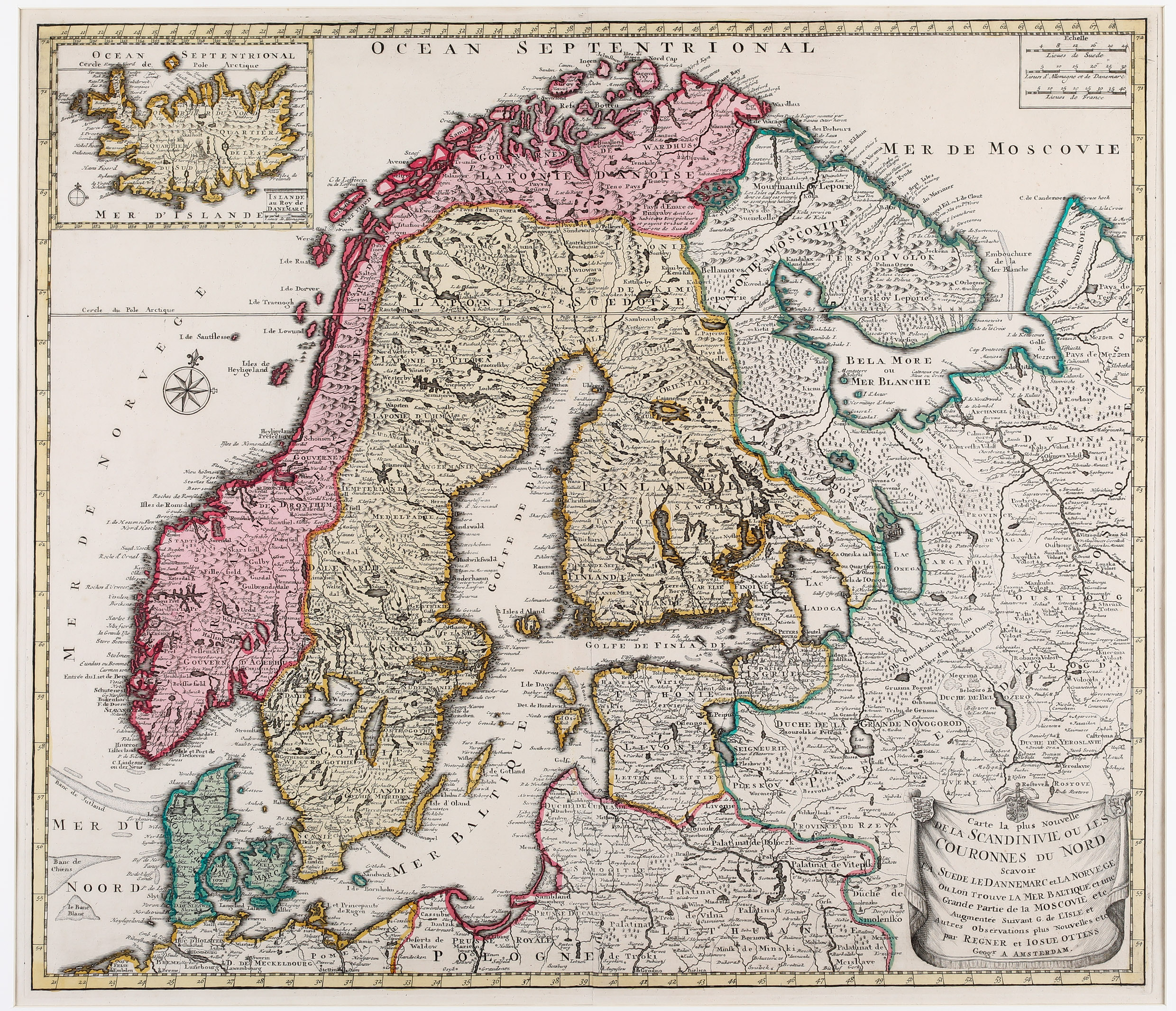 Joachim Ottens (1663 – 1719) was an engraver and the founder of the print- and mapsellers‘ firm in Amsterdam. In 1710 he became a member of the guild. He had two sons. Nothing more is known about his life.

This very rare map of Scandinavia, most likely from the „Atlas Minor“, also shows the Baltic and the adjacent countries east of it, inclusing an inset map of Iceland in the upper left corner. The title in the lower right corner is enclosed with a drape-style cartouche topped with three types of arms. A decorative compass rose is depicted west and three distance scales are placed northeast of Norway. The map illustrates the topography with hundreds of place-names.

The inset map of Iceland includes a cartouche with the title „Islande au Roy de Danemarc“ with a distance scale in the bottom right corner and opposite a compass rose. Mountain ranges, rivers, lakes and settlements mainly in coastal regions are nicely depicted. Highlighted are erupting Hekla and the bishopry Skalholt with a big church whiles  „Hola“, the other bishopry, hardly can be discovered. Names of glaciers are missing. In the west of Iceland the mysterious „Isles Goubermans“ are to be seen. The Arctic Circle is also depicted on the inset map, astonishingly nearly correct, only a bit too south.