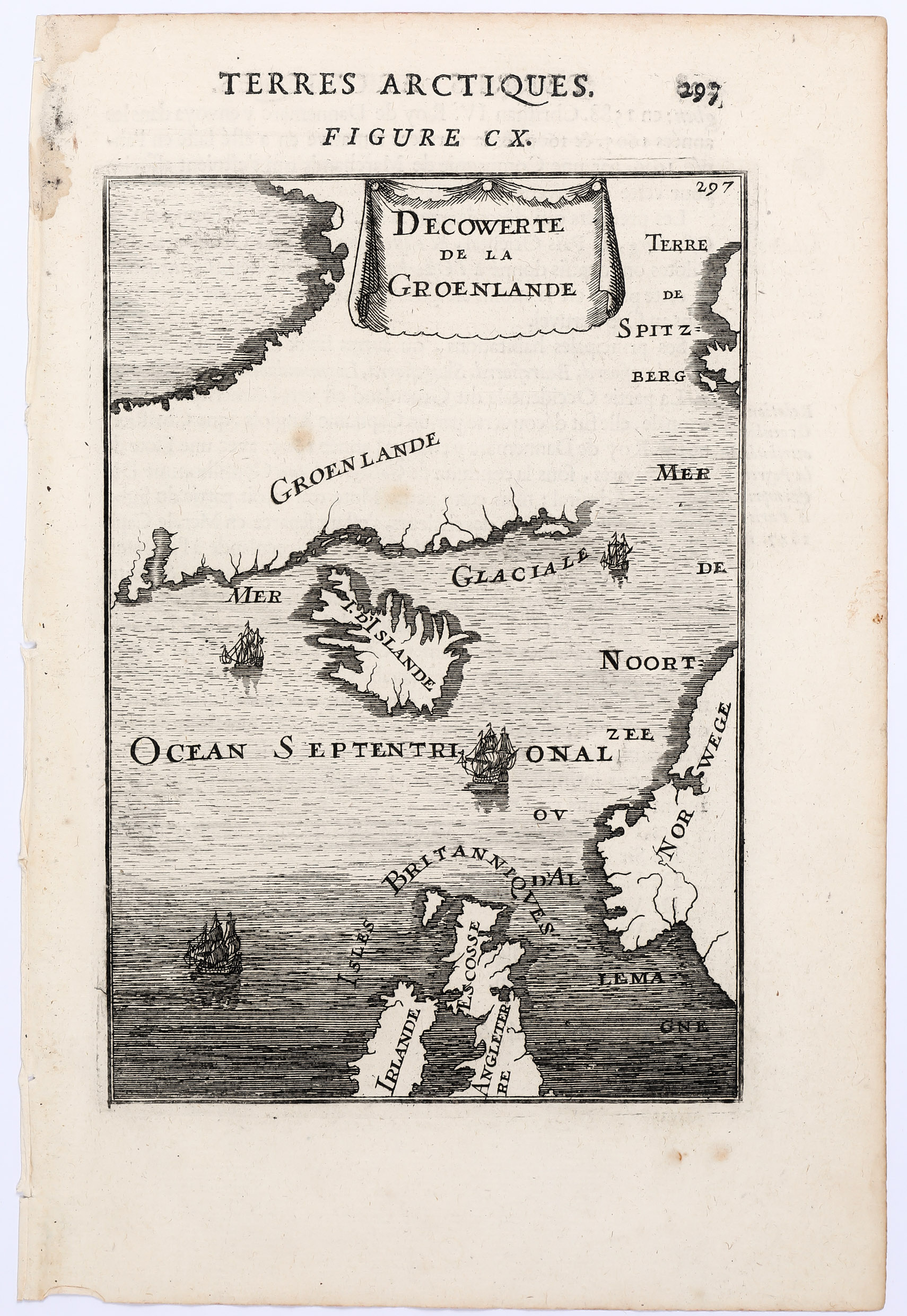 was a French well travelled military engineer, mathematician and cartographer. He made a career in the army of King Louis XIV who appointed him „Maitre de Mathematiques“. His main work is the five-volume cosmography „Description de l‘Univers“, published in 1683 which describes the landscapes, villages, ports and people with their habits and traditions in the regions of the known world. The atlas also contains numerous maps, including a map of Iceland and this map of the North Atlantic. Two years later Mallet published the German edition titled „Beschreibung des gantzen Welt-Kreysses“ which also comprises a map of Iceland.

The miniature map is centered on Iceland and outlines most part of Greenland and a bit of „Spitzberge“ in the north, the southwest of Norway and a great part of the British Isles and Ireland. The sea is fully engraved and four ships are shown heading northwards.

„I. D‘Islande“ is written across the interior of the country which is depicted completely without place-names and illustrative elements.