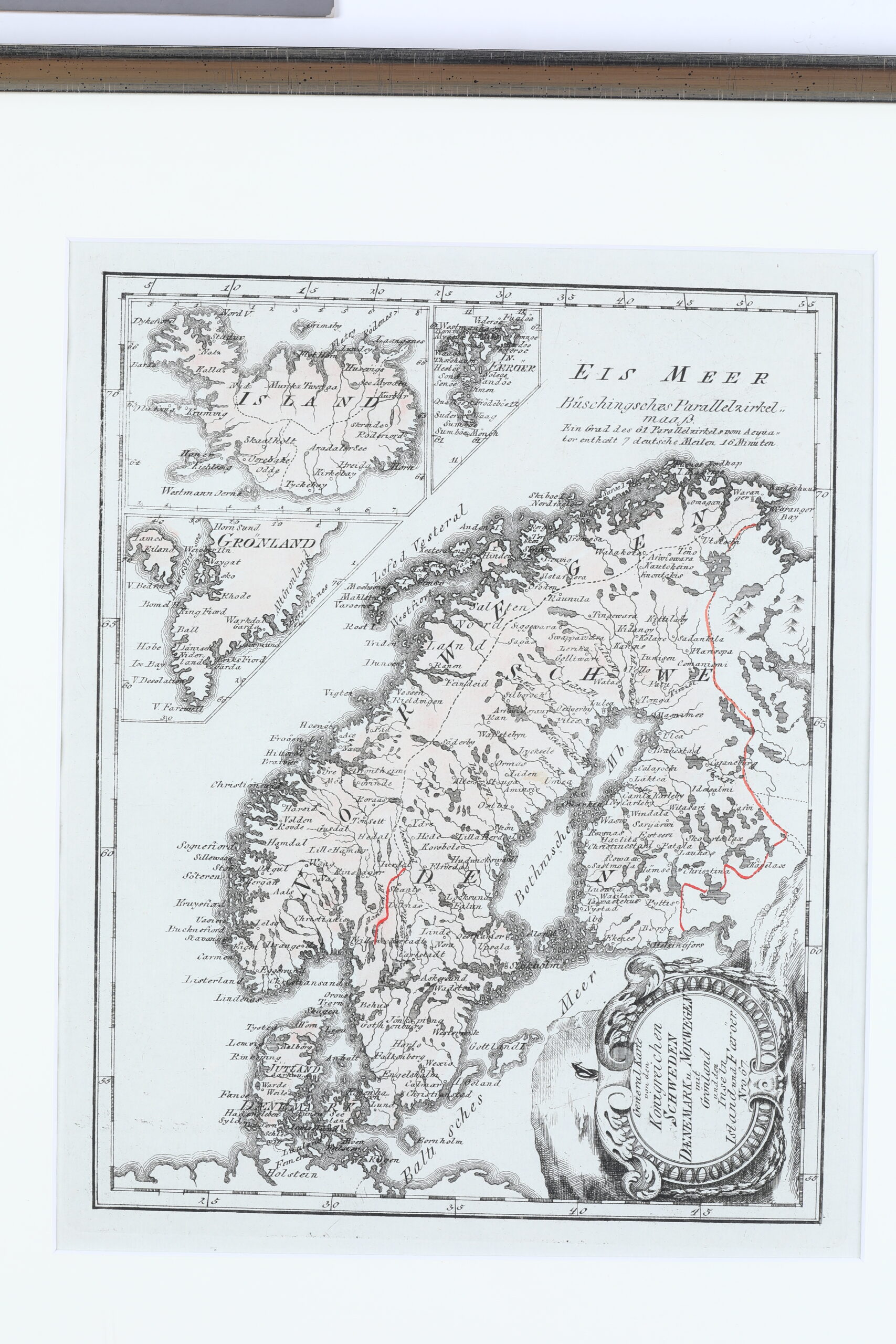 was an Austrian publisher, cartographer and author. Between 1789 and 1806 he produced „Schauplatz der Fünf Theile der Welt“, a so called „World Atlas“ but the 830 sheets show only Europe. In 1799 he published a real world atlas „Allgemeiner Postatlas von der ganzen Welt“, the first post route atlas at all. As a writer he particularly became
famous for his „Sinngedichte“ and other poetic works.

This map of Scandinavia, taken from „Schauplatz“, is based on Homann‘s map of 1761 and is embellished with a large decorative title cartouche in the lower right quadrant, facing to the east. It shows Sweden, Denmark, Norway and portions of Russia and Germany. The large insets in the upper left corner show Iceland, Greenland and the Faroe Islands in a slightly smaller scale.

The map of Iceland is not very detailed. Only a few rivers, lakes and settlements are depicted. Of the two bishoprics only „Skaalholt“ is named without a church symbol, Holar is not mentioned. Also the famous volcano Hekla and glaciers are missing.

When this Scandinavia map of Reilly was offered my wife and I remembered our first map of Iceland, also made by Reilly. We thought both maps would fit together very well. As we have travelled to Denmark, Finnland, Norway and Sweden very often we later decided to search for other maps depicting Iceland in the context of Scandinavia. Over time they have become a specific and very important category in the „Schulte Collection“.