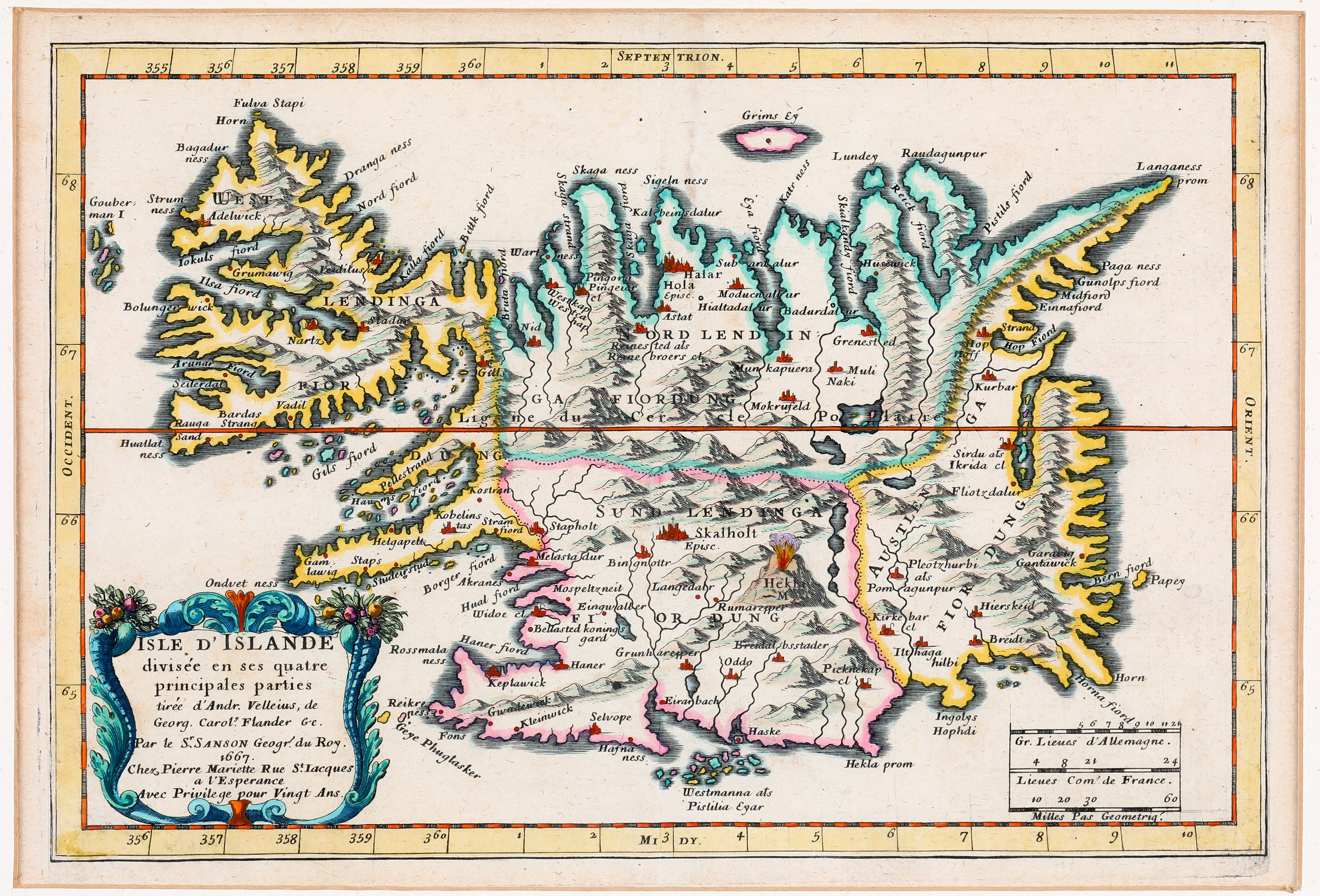 is considered the father of the French cartography in its golden age from the mid-seventeenth to the mid-eighteenth century.

Born in Abbeville in the Picardy, he was educated by the Jesuits in nearby Amiens and studied history. It is believed that he turned to cartography simply as a means to illustrate history. In 1627, at the age of twenty, he made his first map, a six-sheet wall map of ancient Gaul (Latin: Gallia), a region of Western Europe with today’s France as the center. Upon moving to Paris, he gained the attention of Cardinal Richelieu who made an introduction of Nicolas Sanson to King Louis XIII. which led to Sanson‘s tutoring of the king and the granting of the title „Geographe Ordinaire du Roy“. This appointment helped Sanson to protect his role in the French map market. The most significant works that Sanson edited on his own were his quarto atlases of the four continents („L‘Europe“, „L‘Asie“, „L‘Afrique“ and „L‘Amerique“) which appeared between 1647 and 1657. Together with Pierre Mariette he published the „Cartes generales de toutes les parties du monde“, the first French world atlas, in 1658.

This very rare map from „Cartes Generales“ has an attractive title cartouche in the lower left corner which says that the map was made after the map of Andreas  Velleius (the man, Abraham Ortelius received the map from which he used for his famous „Islandia“) and Joris Carolus obviously neglecting new resources, „since the map is to all intents and purposes nothing  more than a reduced copy of Carolus‘ with some parts left out“ (islandskort.is). Two distance scales are placed in the lower right quadrant.

In the interior of Iceland the four districts are displayed in different colours. The hightlight of the map is Hekla, erupting in a fiery explosion. There are a lot of place-names, many of them with church symbols. The bishoprics Skalholt and Holar are characterized by the abbreviation „Episc.“ Glaciers are mssing. West of Iceland the „Gouberman I“ are to be seen which do no exist in reality. The Arctic Circle is drawn far too much south.