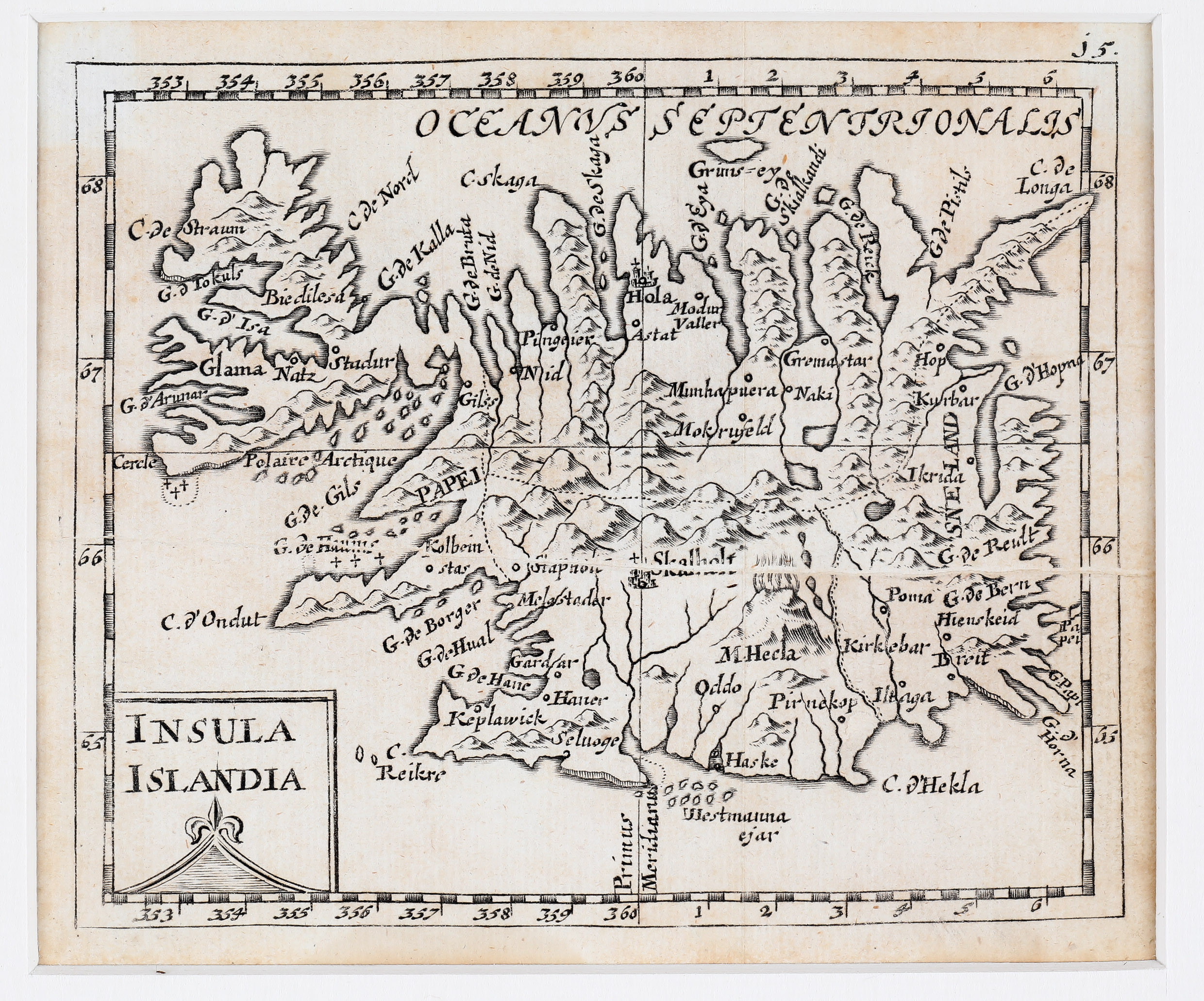 By the time of his death in 1598, a total of 25 editions were published including editions in Latin, Italian, German, French and Dutch and the atlas has tripled in size over the decades; later editions were issued in Spanish and English by Ortelius‘ successors Galle and  Vrients. Over the decades the atlas has tripled in size. The final edition was published in 1612.

This map of c. 1680 is most likely from one of the German editions of „Geographiae universalis pars prior …“ by Johann Hoffmann which were published first in 1678 and until 1694 and have Latin titles rather than the original French. The maps are often attributed to Johann Christoph Beer who translated the work into German and are probably engraved by Sigismund G. Hipschmann (as his signature appears on the title page and the world map).

The copperplate is newly engraved. The main difference to Duval‘s map of 1663 is the title shield which has been changed from „Isle d‘Islande“ to „Insula Islandia“. The name and the designation of Duval are omitted. The cartouche is now fashioned in the shape of a volcano without the wide bow on top.

In the interior of the island mountains are depicted and the famous volcano is seen erupting. Its name has changed from „M. Hekla“ to „M. Hecla“ but strange enough the cape is still named „C. d’Hekla“. There are also several place-names, amongst them the bishoprics Skalholt and Holar.