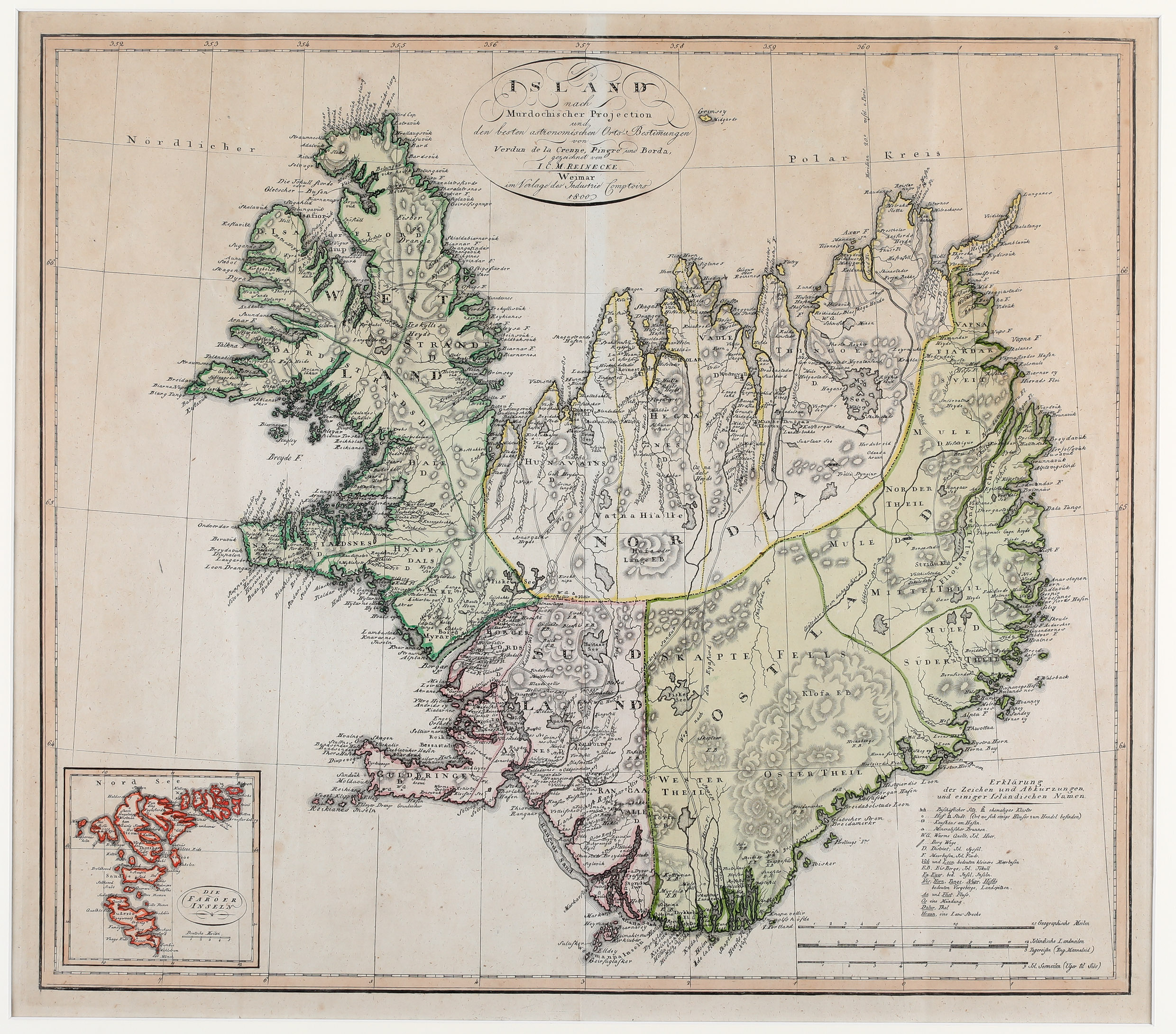 was a German universal scholar who has studied Theology and received a doctoral degree in Natural Sciences before he took a job as teacher in Gotha and started to write poems, novels and songs. He also worked as cartographer in the publishing house Bertuch which between 1790 and 1830 edited the „Bilderbuch für Kinder“ (Children‘s Picture Book) and drew maps for the „Allgemeiner Hand-Atlas der ganzen Erde“ (World Atlas) for the renowned Geographisches Institut in Weimar.

This unusual map of Iceland from the „Handt-Atlas“ is based on an survey map by Verdun de la Crenne of 1776 which was the outcome of a scientific expedition to the North Atlantic. Iceland looks strange, as if east and west pressed together, with the north gone up and the south down, the country having list about half of its area.

The title of the map is placed centrally at the top and an inset of the Faroe Islands in the lower left corner. Opposite there are three distance scales and a legend with explanations of symbols and abbreviations and some Icelandic names, e.g. the church symbol means bishopric, „D.“ stands for District and „Hraun“ for lava field. The island is simply divided into the four geographical regions – east and west, north and south. „The position and coastline of the country is taken from the map of Verdun de la Crenne, but the place-names and topography for the most part from the map of Jon Eriksson and Olafur Olavius from 1780“ (islandskort.is). The bishoprics Skalholt and Holar are depicted with church symbols. The volcano Hekla is pictured unusually in a view from above. The glaciers and the Arctic Circle are not delineated.

The „Bilderbuch für Kinder“ describes not only animals and plants but also the peculiarities of countries. It is illustrated with more than six thousand copper prints, many of them coloured. Iceland is covered in the book, mainly nature and people, including a map „Charte von Island“ dated 1815 and ten views (e.g. Hekla, geysers and rural life). All of them are in my private book collection. 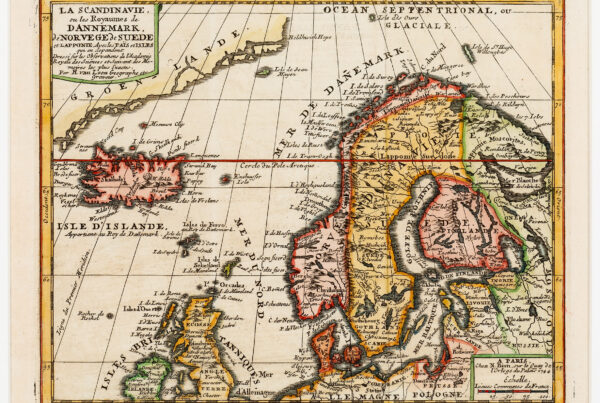