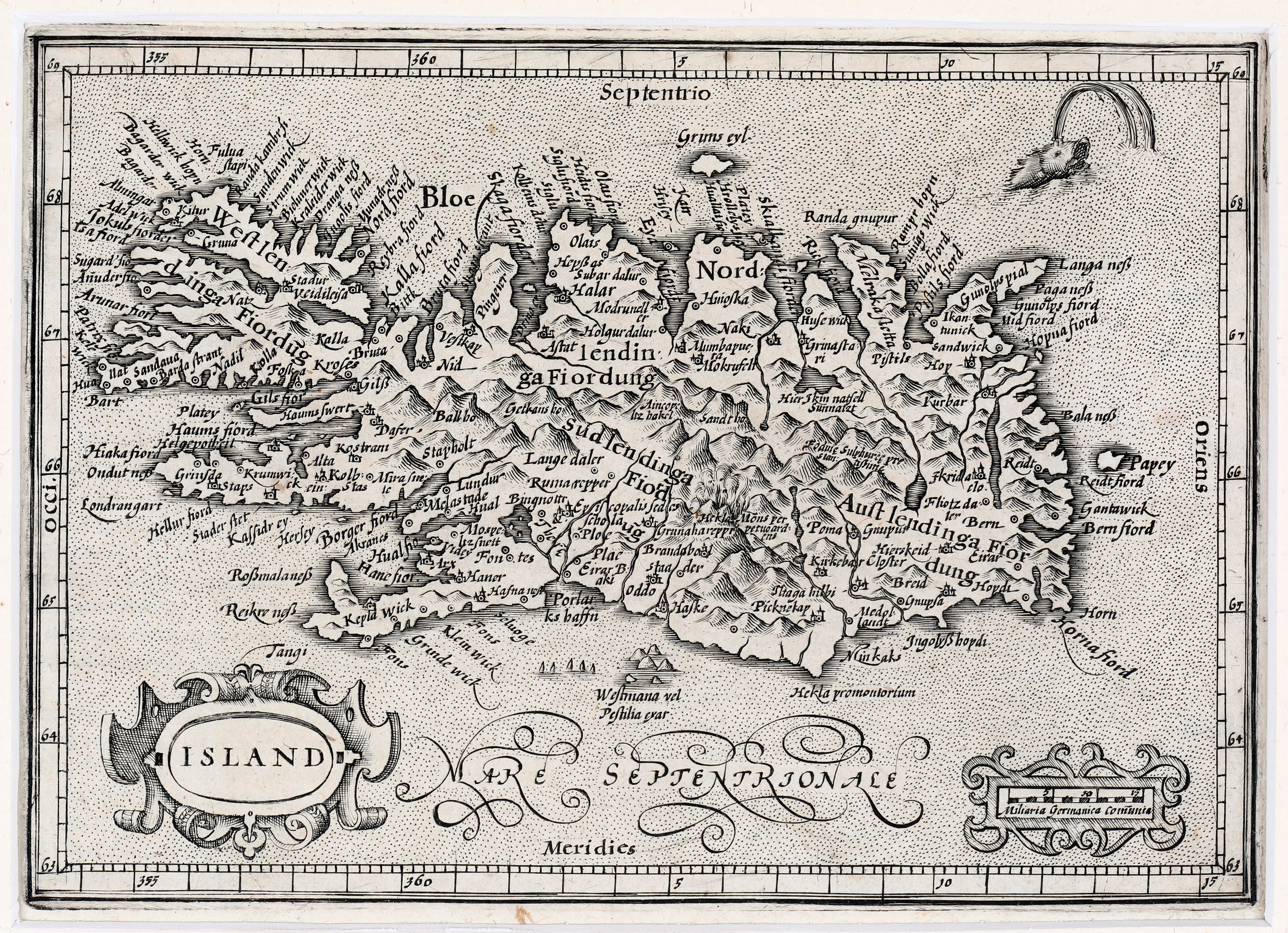 latinized version of his Dutch name Joost de Hondt was a Flemish engraver and cartographer, sometimes called Jodocus Hondius the Elder to distinguish him from his son Jodocus Hondius II or Jr.

The Elder was one of the notable figures in the Golden Age of Dutch cartography (c. 1570s – 1670s). He grew up in Ghent and already in his early years established himself as an engraver, instrument maker and globe maker. To escape religious difficulties in Flanders, he moved to London in 1584 where he married Colette van den Keere three years later and collaborated with her brother Pieter, also a mapmaker and engraver.
In 1593 Hondius moved to Amsterdam. In 1604 he purchased the plates of Gerardus Mercator‘s famous „Atlas“ and republished it with additional maps. Though he used more and more his own plates he gave Mercator full credit as the author of the work, listing himself as the publisher. As the small atlas „Epitome“ published by Ortelius became a big success there was an economical need to produce an easier to handle and cheaper version of the Mercator atlas. Therefore  Hondius created the „Atlas Minor“ which was first published in 1607.
The plates were later used – with different headings – by English publishers Samuel Purchas/Henry Featherstone in 1625 and Michael Sparke/Samuel Cartwright in 1635.

This fine map is a smaller version of Mercator‘s earlier map of Iceland. It is decorated with nice strapwork title cartouche („Island“) in the lower left corner and a distance scale cartouche in the lower right corner. The sea is stipple engraved and includes a spouting sea monster. The interior of Iceland is filled with mountains, lakes and numerous place names, amongst them the bishoprics Skalholt which is not named but described in Latin „ Episcopalis sedes schola“ and „Halar“ (Holar). The note next to fire-spewing Hekla  „Mons perpetuo ardens“ suggests that the volcano was constantly active at the time.