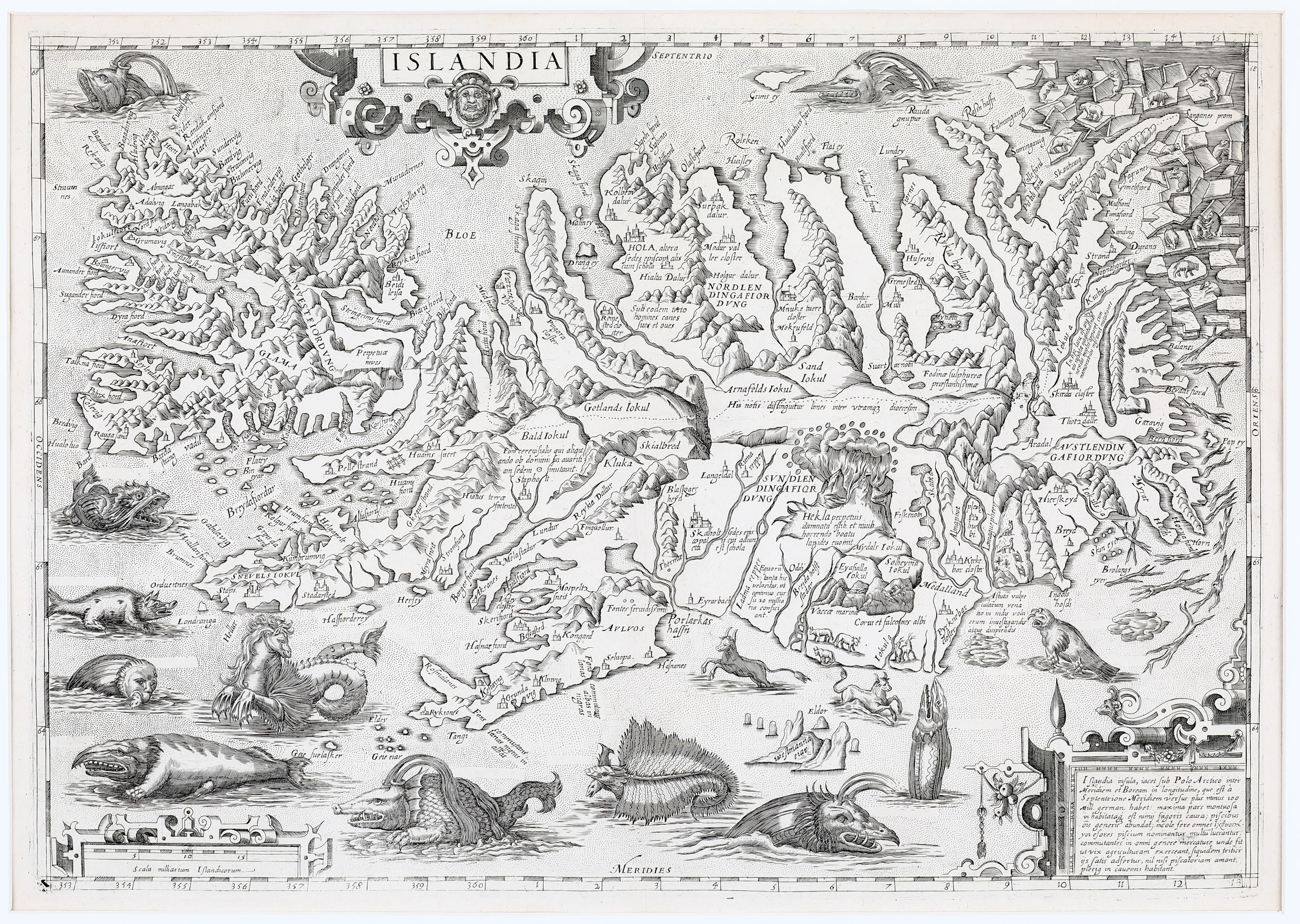 was a French engraver and „maitre-enlumineur“ who worked in Paris. Nothing more is known about his life.

This map is very rare. Van den Broecke who has written a book on Ortelius’ maps was only able to identify a single copy. The map is a remarkably faithful re-engraving of Ortelius‘ classic map of Iceland of 1585. „It is now known that  maker of the copy was probably a French geographer by the name of Jean Boisseau and that the map was taken from the book „Theatre geographique du royaume de France“ (islandskort.is), an atlas published by Jean le Clerc in Paris in 1648.

The map is slightly smaller than the original but it is very similar in most respects.
The depiction of Iceland is in remarkable detail, including its settlements, fjords and glaciers. Mount Hekla is erupting in a fiery explosion with flames shooting high into the sky and  spuming volcanic material. (More details are to be found in the description of Ortelius‘ map of 1585.)

However, there are some differences.The monsters are all in their place but the letters A to Q which marked them are gone. In the bottom right hand corner Frederick II has been replaced by a short text with information about the country in Latin: „Islandia insula, iacet sub Polo Arctico inter Meridiem et Boream in longitudine …