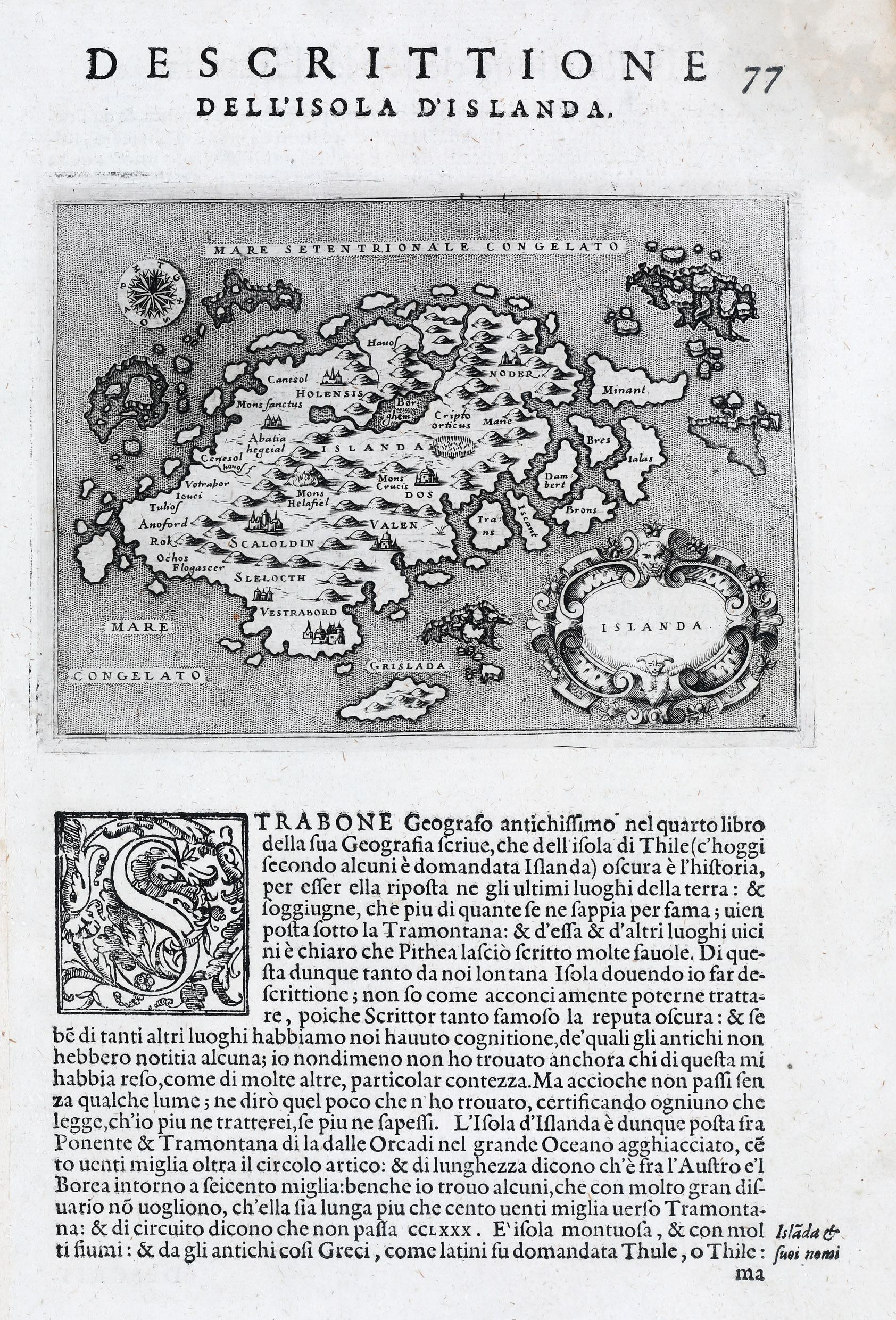 This geographical lexicon includes 495 maps and views from old small format plates from the 16th and 17th century such as maps from Porcacchi. However, the plates of Porro had already been reworked by Pietro Antonio Brigonci for his composite atlas with no title page which was published in 1686 and were used again by Lasor for his atlas in 1713.

The roots of Porro’s map had gone back to Olaus Magnus‘ famous „Carta Marina“ but Porro had already made some corrections which also apply to this map. The drift ice off the east coast of Iceland has become seven islands, like on the Zeno map. There is a big island south of the country with the name „Grislada“ (probably part of the Westman Islands).„Mare Congelato“ (frozen sea) is to be found but no sea monsters as on later maps. Holar („Holensis“) has been moved to the right place in the north and Skalholt  („Scalholdin“) is correctly located in the south but both look like Italian cathedrals and not like turf churches. Furthermore there are there are two mountains which are named: „Mons Helafiel“ (Hekla) and „Mons Crucis“ (?). Many rivers and lakes as well as buildings representing villages serve more as decoration than reflect the reality.

At first glance the map of Iceland looks identical to the two maps  of 1572 in the „Schulte Collection“ but there are some slight changes. The most notable are the mountains which are now clearly outlined.