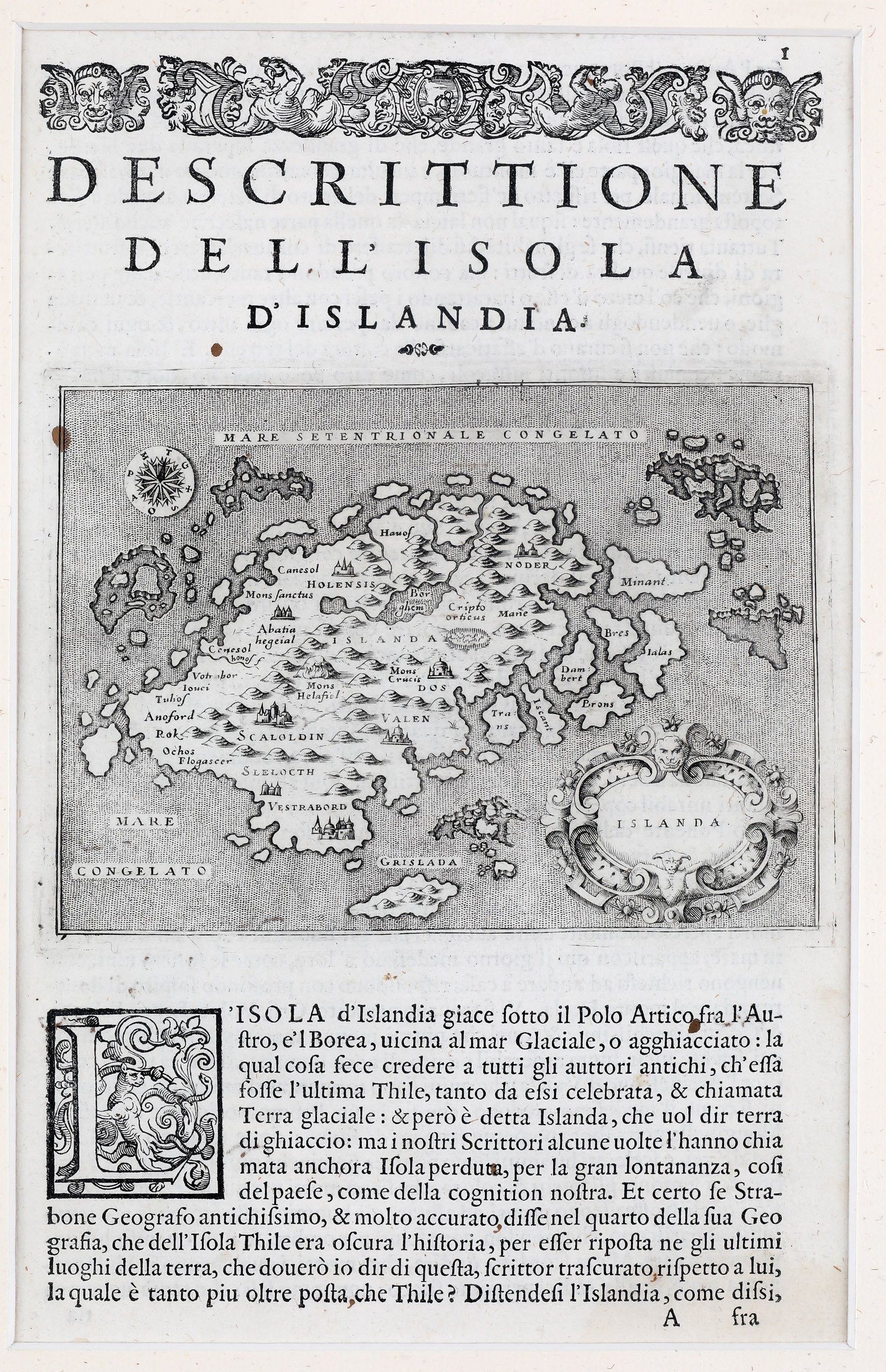 Tomaso Porcacchi was a Venetian geographer, humanist, historian and author. In the tradition Benedetto Bordone (1547) and Giovanni Francesco Camocio (1571/72) Porcacchi issued another „Island Book“: the famous „L‘Isole piu Famose del Mondo“ which was first published in 1572 and continued to appear in new editions until Lasor de Varea (1713).

Girolamo Porro was a Venetian engraver on wood and copper who engraved the maps whilst Porcacchi provided the descriptions. Porro is mentioned on the title page of the atlas which allows the conclusion that he contributed largely to its success.

The maps in „L‘ Isole piu famose del Mondo“ are accompanied by explanatory texts which – as Porcacchi notes in the introduction – contain historical, mythodological, geographical and ethnographical particulars on each island. The maps have been engraved on half a page.

Porro thought his example in the famous „Carta Marina“ of Olaus Magnus‘ Map of the North. Some corrections are made. The drift ice off the east coast has become seven islands, like on the Zeno map. There is a big island  south of the country with the name „Grislada“ (probably part of the Westman Islands). „Mare Congelato“ (frozen sea) is to be found but no sea monsters as on later maps. Holar („Holensis“) has been moved to the right place in the north and Skalholt („Scalholdin“) is correctly located in the south but both look like Italian cathedrals and not like turf churches. Furthermore there are two mountains which are named: „Mons Helafiel“ (Hekla) and „Mons Crucis“ (?). Many rivers and lakes as well as buildings representing villages serve more as decoration than reflect the reality.

This type of map was already part of our collection – it had arrived on our wedding day – but we thought it is nice to own the rare and decorative sheet, all the more so because a short time before, we had been successful to acquire the sheet with the same map which was included the Lasor a Varea atlas of 1713.