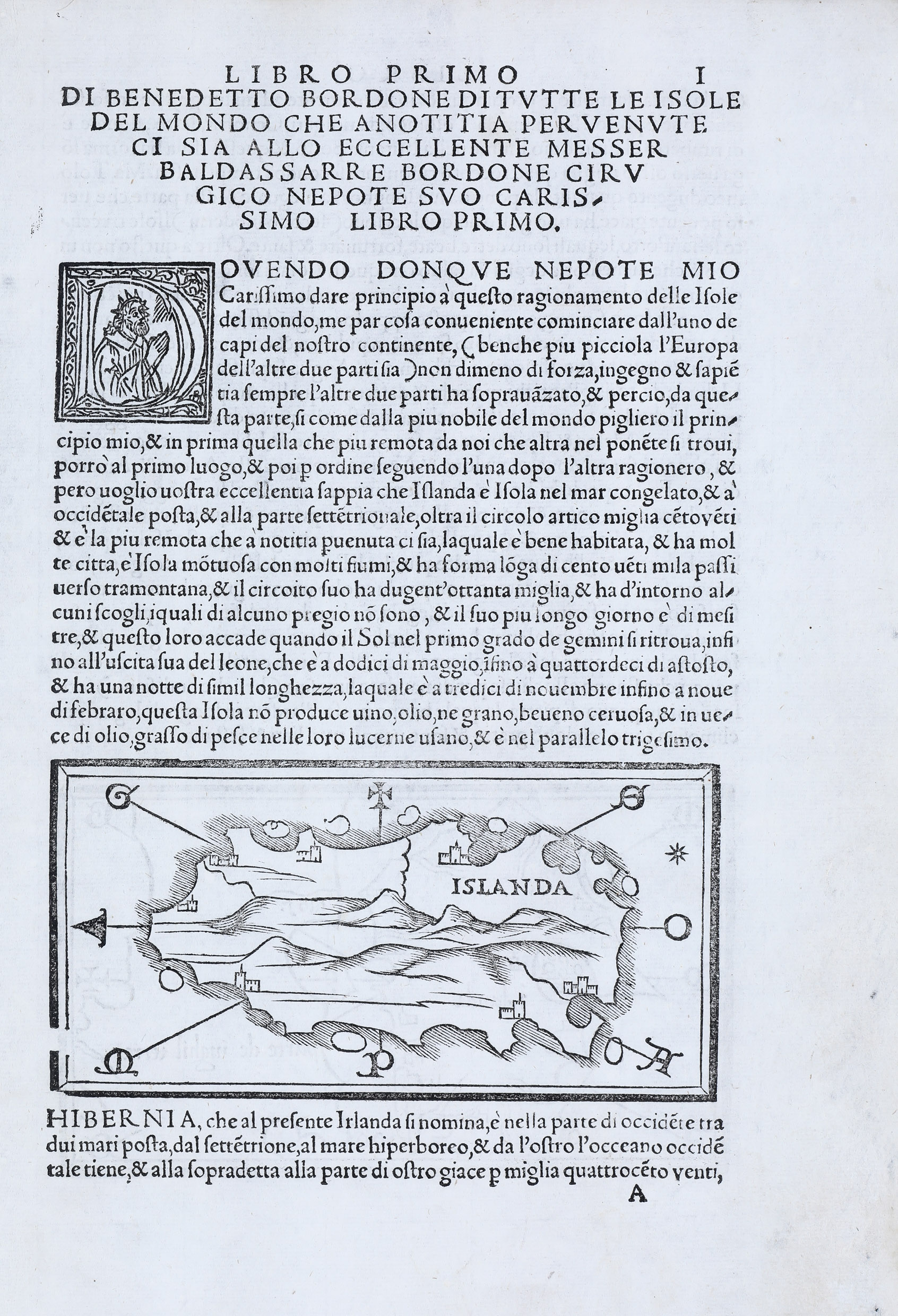 was an Italian mapmaker who worked in Venice during the the beginning of the 16th century. Born in Padua, he was trained as an illuminator and a cartographer, later working in Venice where, in 1508, he was given permission by the Senate to print maps of Italy and the World. His most famous work is the „Libro di Benedetto Bordone nel qual si ragiona di tutte l‘Isole del mondo conli lor normi antichi & moderni“ (where we discuss about all islands of the world, with their ancient and modern names, histories, tales and way of living …“), in which he describes all the islands of the known world with their folklore, myths, cultures, climates and history, first published  in Venice in 1528. In later editions the name was shortened to „Isolario“ (book of islands) which followed in 1534, 1547 and 1565. The maps of all four editions were printed from the same woodblocks. The book containing 110 wood-cut maps is a very important stepping-stone in the history of cartography of Iceland because this is the first time that a special map of Iceland appears in a printed book.

This woodcut map is set in a page of Italian text. The only one name on it, is  the country name „Islanda“ (printed into the upper right corner of the map). The shape of Iceland is like the one on the maps that accompanied Ptolemäus‘ „Geographia“.

On the map the distance is longer between east and west which is an improvement to the way Iceland had previously been depicted on the so called Ptolemaic maps of the Nordic regions. There are eight small islands around the country. The vertical line in the middle presumably represents a smoking volcano which is most likely Hekla. The seven buildings along the coastline represent villages and Bordone mentions in the text that there are many settlements in Iceland.

This piece of art is the earliest map of Iceland in the „Schulte „Collection“. Even earlier maps are unique or lost.