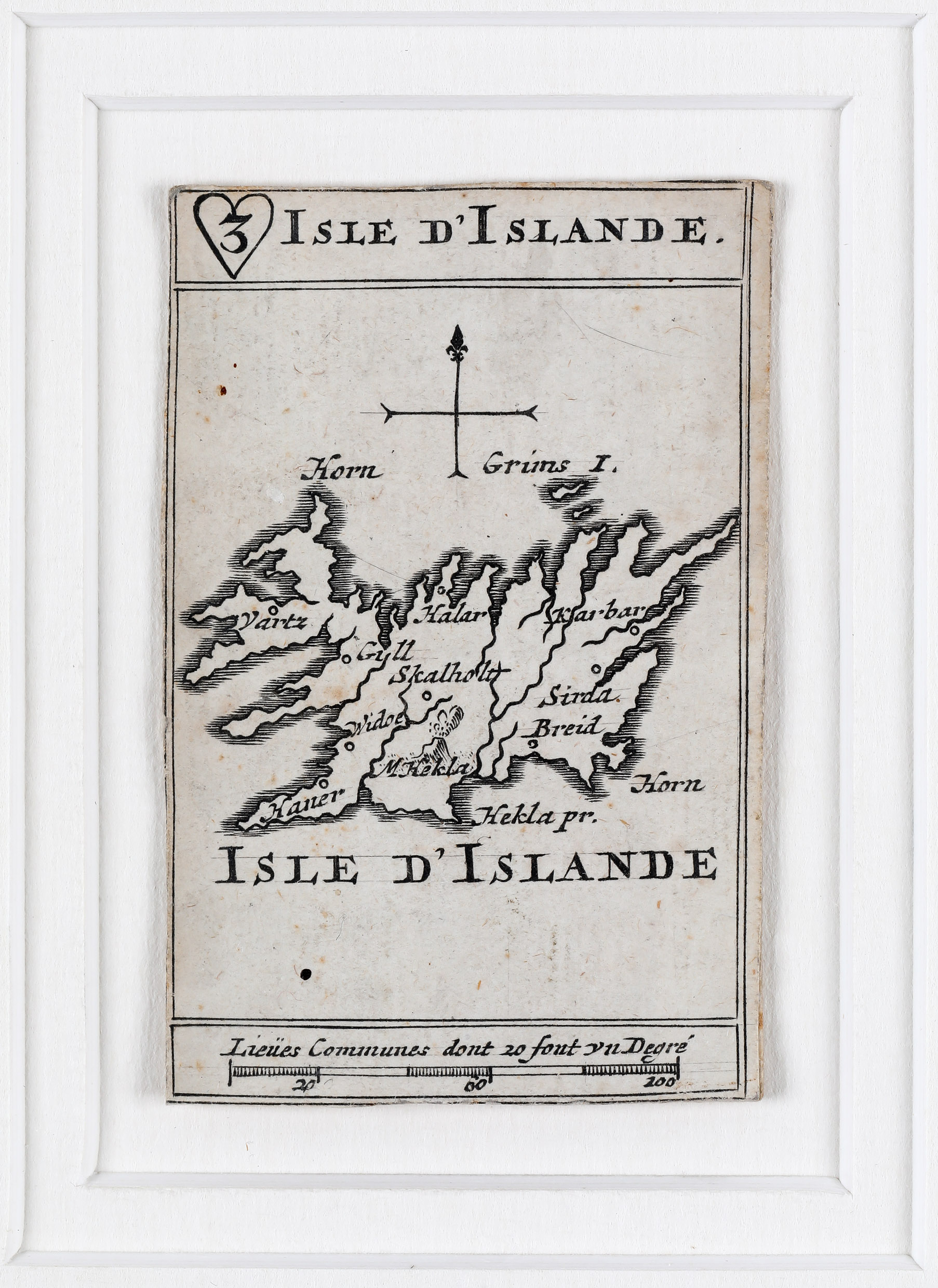 was a Dutch engraver, son of a French refugee. In 1685 he founded the Amsterdam map publishing group which would dominate the playing card market in the 18th century. In 1690 he was granted a privilege to publish French maps in Dutch lands and acquired the map stock of Nicolas Sansson  and Alexis Hubert Jaillot. Mortier.
The business prospered by publishing important maps and atlases in the last decades of the 17th and early 18th century. After his death, as his son Cornelis was underage, the business was continued by his widow Amelia and his brother David. In 1721 Cornelis took over the management and partnered with Johannes Covens, as Covens & Mortier, on into the 1780s under later members of the families. They created one of the most important map publishing companies of the 18th century.

Covens & Mortier published a wide cartographic range of playing cards. Sets of the cards can be found with a rule-book bearing the imprints of Covens & Mortier but it is likely that the cards were first published by Pieter Mortier at the end of his life. All these playing cards are very rare. Designed for play and being in small format, they were extremely vulnerable to damage from handling, and easy to loose, making the pack incomplete and therefore a candidate of being thrown away, so even individual playing cards of this age are difficult to find on the market.

This wonderful playing card of Iceland is most likely from „Jeu de Geographie, ou les Quatres Parties Monde“ in 1710. Its main purpose is an approximate presentation of Iceland, including Mount Hekla which is seen erupting and the bishoprics Skalholt and Holar („Halar“). Furthermore there is a simple compass and a distance scale.

The most important thing about this map on a playing card is: it has survived.

The wellknown London antiquarian Yasha Beresiner sold this playing card to us in the eighties of the last century.  It became the favourite map of my wife Gisela; she loved it.
Therefore it was very hard for her to give it away, as a part of our donation to Akureyri Museum in 2014. To console her our son Kai-Magnus presented her a photocopy at Christmas. A very nice gesture but of course it is not the original. Since then I try to find another piece of this playing card, in vain until now.