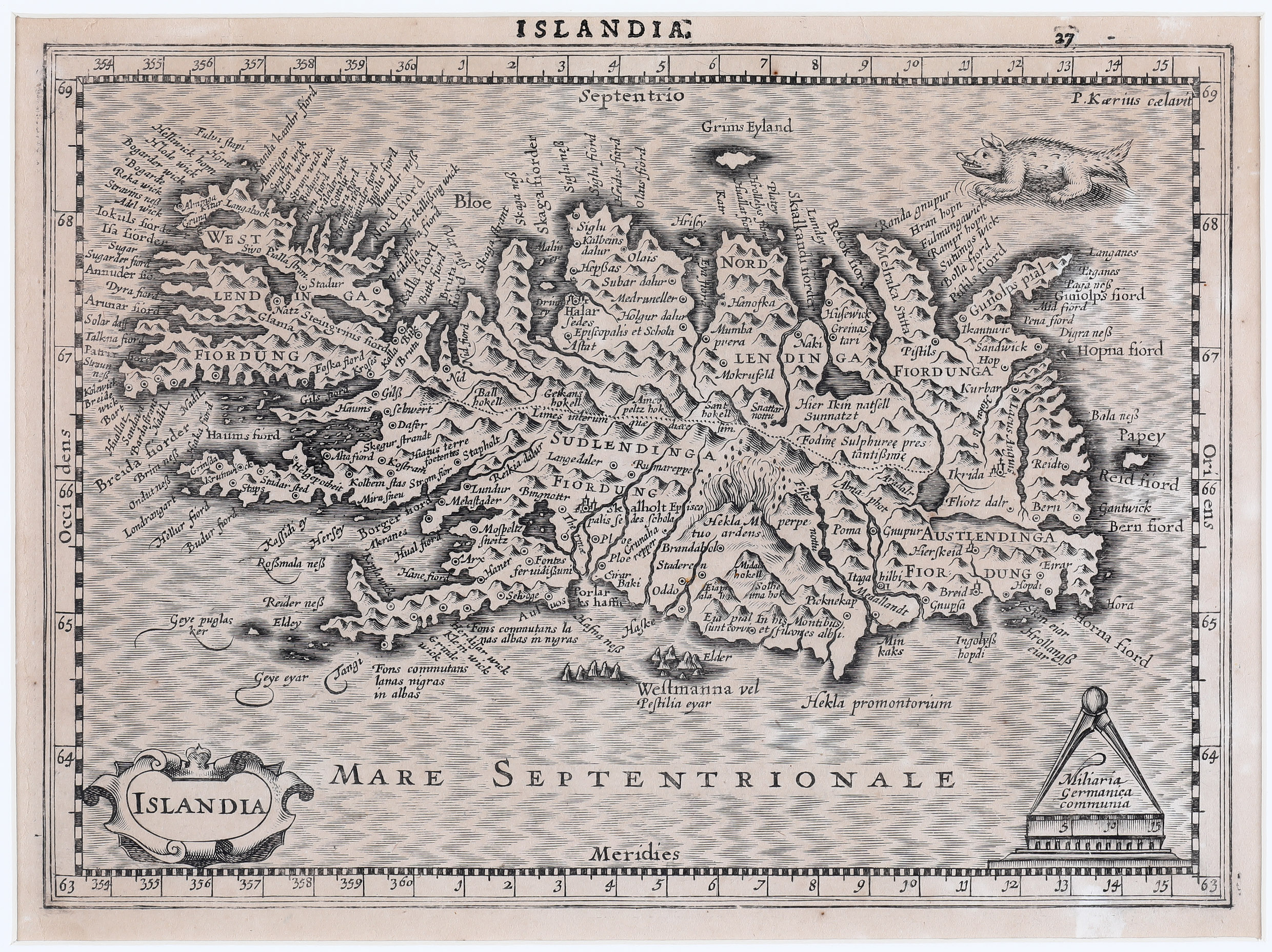 Johannes Cloppenburg was a Dutch cartographer active in Amsterdam during the early 17th century. He is a somewhat elusive figure of whom little is known. In 1630 he published an edition of Mercator‘s small format „Atlas Minor“ with French text. Most of the maps have been engraved again in larger format by Petrus Kaerius.

Petrus Kaerius (the latinized version of his Dutch name Pieter van den Keere)  was an engraver, publisher and globe maker. Born in Ghent, he emigrated in  1583/84 with his family for religious reasons to London. Three years later his sister Colette married Jodocus Hondius the Elder and from him Pieter van den Keere received training as an engraver. In 1593 both settled in Amsterdam where Pieter worked with different cartographers.

This map is a reduced and rather accurate version of Mercator’s large map of Iceland of 1595 and has accompanied Cloppenburg’s 1930 edition of Mercator‘s „Atlas minor“. It is engraved by Petrus Kaerius.

A strapwork cartouche in the bottom left quadrant contains the title. Another decorative cartouche in the opposite corner includes a distance scale with a circle and a sea monster at top right completes the composition. The map is rather accurate and features numerous settlements, lakes, rivers, glaciers, fjords and mountains (223 (!) according to mappingiceland.is). Both bishoprics are (differently) described: „Skalholt Episcopalis Sedes Schola“ and „Halar Sedes Episcopalis et Schola Astat“. The famous volcano is shown in a fiery eruption with the text: „Hekla M perpetuo ardens“.

This map is nearly identical with the Janssonius Johannes van Waesbergen map published in 1673, taken from Cloppenburg’s 1636 edition but there are two differences: the ocean is not illustrated with waves and the engraver did not place his name „P. Kaerius caelavit“  in the upper right corner.