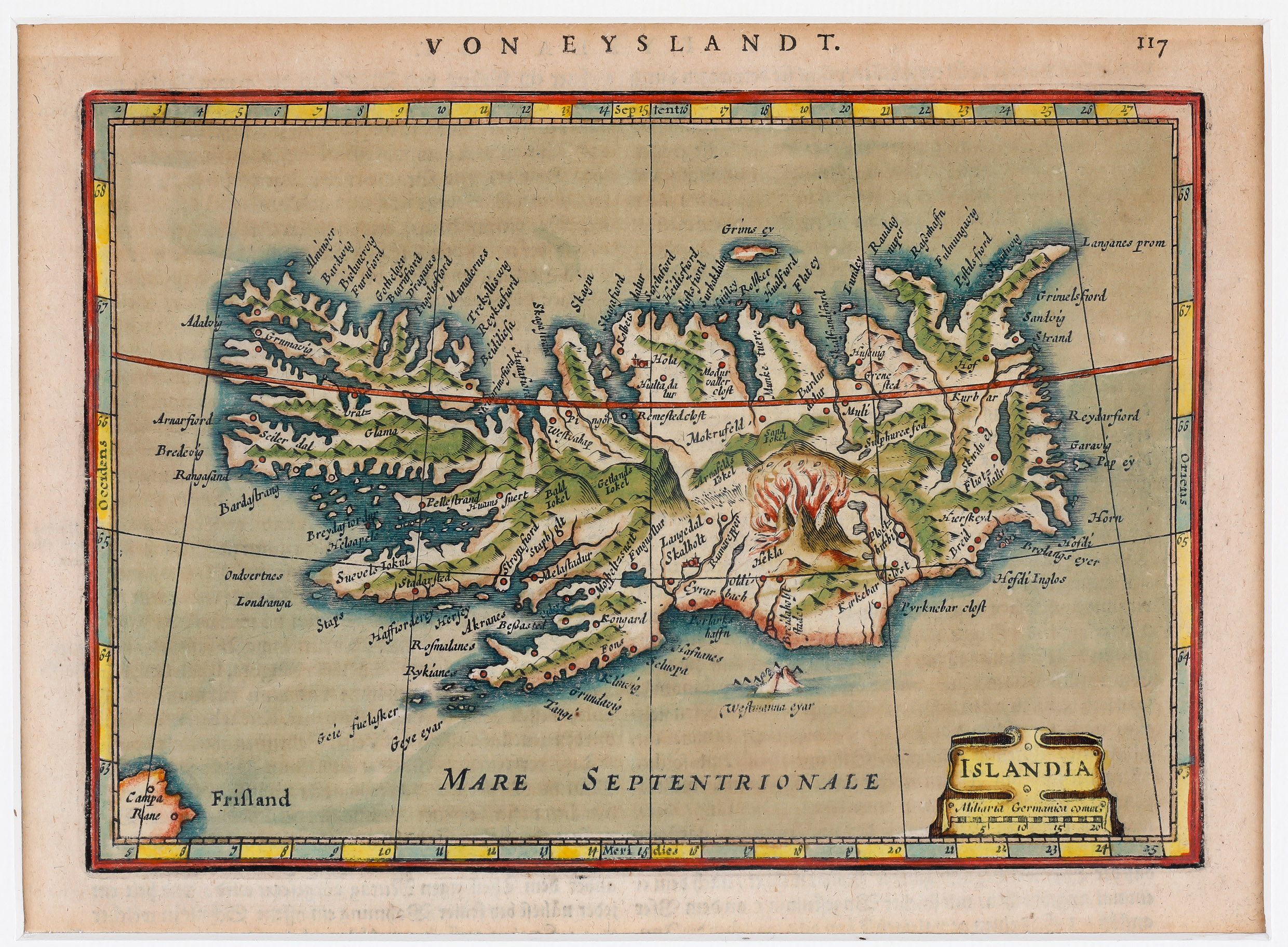 Janssonius (in English also Jan Jansson), born in Arnhem, was a Dutch cartographer and publisher who lived and worked in Amsterdam. In 1612 he married Elisabeth de Hondt, the daughter of Jodocus Hondius the Elder. He produced his first maps in 1623 and founded a bookstore in Frankfurt, later in seven other cities. In the 1630s Janssonius formed a partnership with his brother-in-law Henricus Hondius and together they published atlases as „Mercator-Hondius-Janssonius“. After Janssonius’ death the publishing company was continued by his son-in-law Johannes van Waesbergen who combined the two surnames. „Janssonius Johannes van Waesbergen“ published a new rendering of Cloppenburg‘s „Atlas Minor“ under the title „Nieuwe en beknopte uytbeeldinge en Vertooninge der gantscher Aerdbodem“ in Amsterdam in 1673.

Petrus Kaerius (the latinized version of his Dutch name Pieter van den Keere) was an engraver, publisher and globe maker. Born in Ghent, he emigrated In 1583/84 with his family for religious reasons to London. Three years later his sister Colette married Jodocus Hondius the Elder and from him Pieter van Keere received training as an engraver. In 1593 both settled in Amsterdam where Pieter worked with different cartographers.

The miniature map of Iceland, engraved by Kaerius, was published in several German editions of „Atlas Minor, Das ist: Eine kurtze jedoch gründliche Beschreibung der gantzen Welt in zwey Theile abgetheilt“. The first edition by Janssonius dates 1631, the second 1648 and this one is from 1651.

The map is embellished by a decorative cartouche with the title „Islandia“ and an integrated distance scale. Above the map „Von Eyslandt“ is written. The island is depicted with its vast mountains, some glaciers, lakes, rivers and fjords, and includes several settlements, amongst them the bishoprics Skalholt and Holar. The map is dominated by a fiery eruption of Hekla. A red line marks the Arctic Circle which is drawn far too south.

A small coastline of the mythical island of Frisland including a place named „Campa Rane“ are shown in the lower left corner.