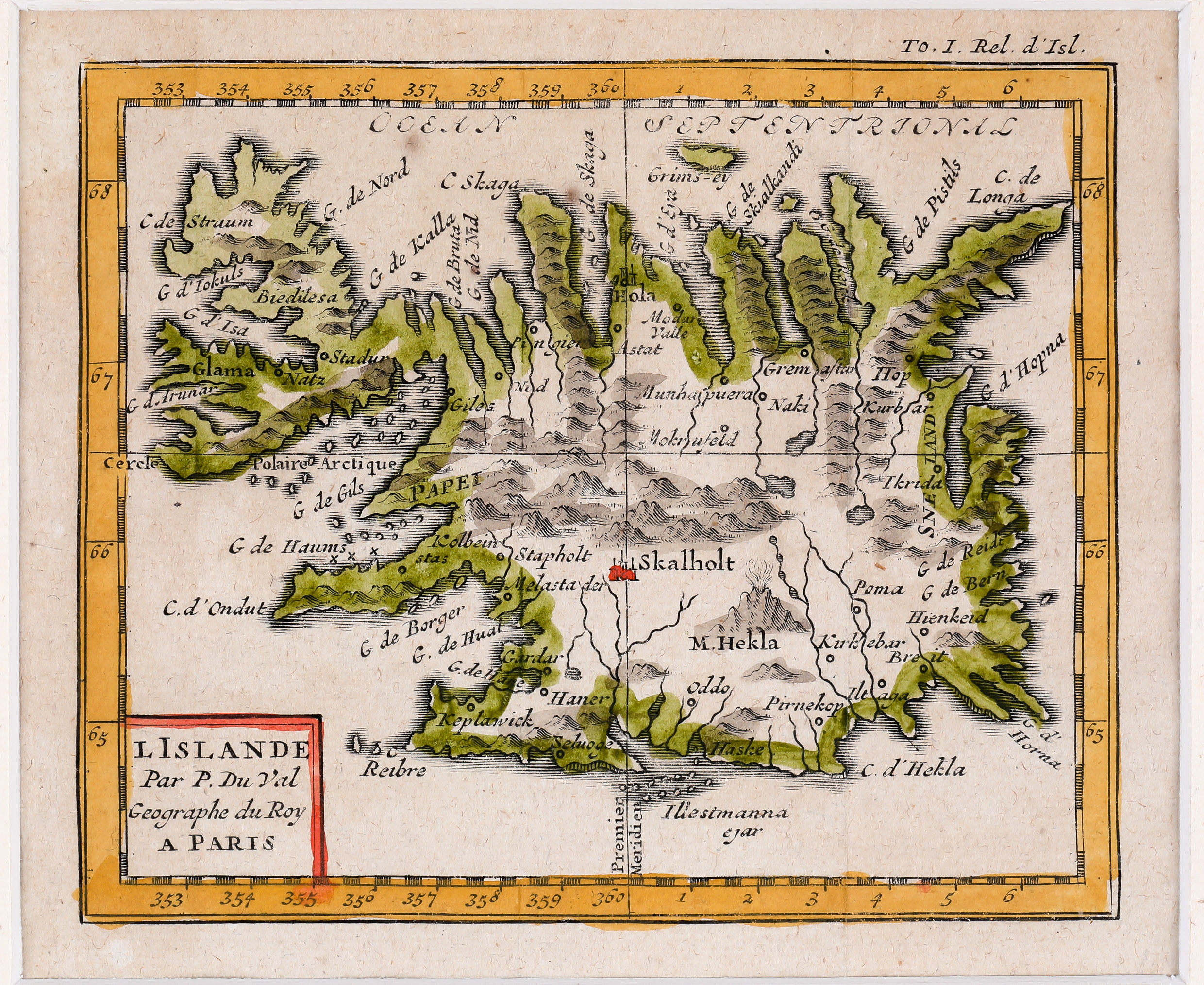 The source of this map is described as follows: „La Peyrere’s book later became part of a collections of accounts of voyages to the north: „Recueil de voyages au nord“ (islandskort.is).

It looks almost the same as the one in 1663. The title cartouche depicts a volcano but in comparison to the map of c. 1680 „Par P. Du Val Geographe du Roy“ is back, however the wide bow on top has gone. „M. Hekla“ has also returned to the original writing but the volcano now has a different shape than on the earlier maps. And there is a curiosity: The engraver misread the „W“ in the name „Westmannaeyar“ as „III“.

In the interior of the island mountains are depicted and the famous volcano is seen erupting. Its name has returned from „M. Hecla“ to „M. Hekla“. There are also several place-names, amongst them the bishoprics Skalholt and Holar.