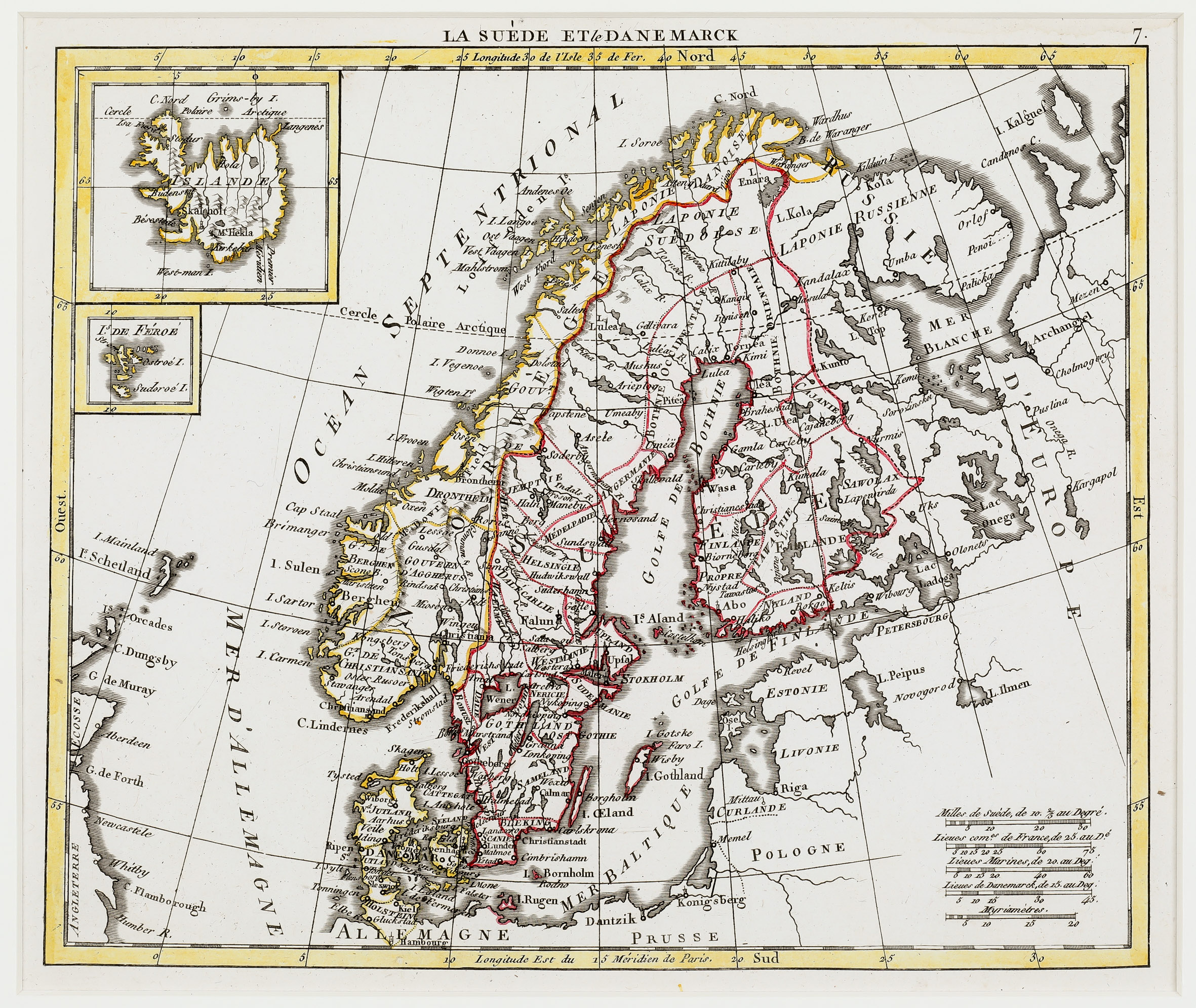 was a French cartographer and geographical engineer active in Paris in the late 18th and early 19th centuries. He was a student of Rigobert Bonne, Ingenieur Hydrographe de la Marine. His main work is the „Atlas du dictionnaire de geographie universelle, ancienne, du moyen age et moderne“ of 1806. Nothing is known about his life. Many of Herisson‘s maps continued to be reissued posthumously.

This very rare map from the „Atlas“ covers Scandinavia, the Baltic, the East coast of England and Scotland including the Orkney and Shetland Islands, with separate inset maps of Iceland and the Faroe Islands in the upper left corner. Five different distance scales are to he found in the lower right corner.The title of of the map is written above the map.

In the inset „Islande“ is written across the depiction of the country. In the interior there are only three place-names: Skalholt and Holar, the bishoprics and „Mont Hekla“ which is named but not depicted as volcano.The Arctic Circle is drawn nearly correctly.