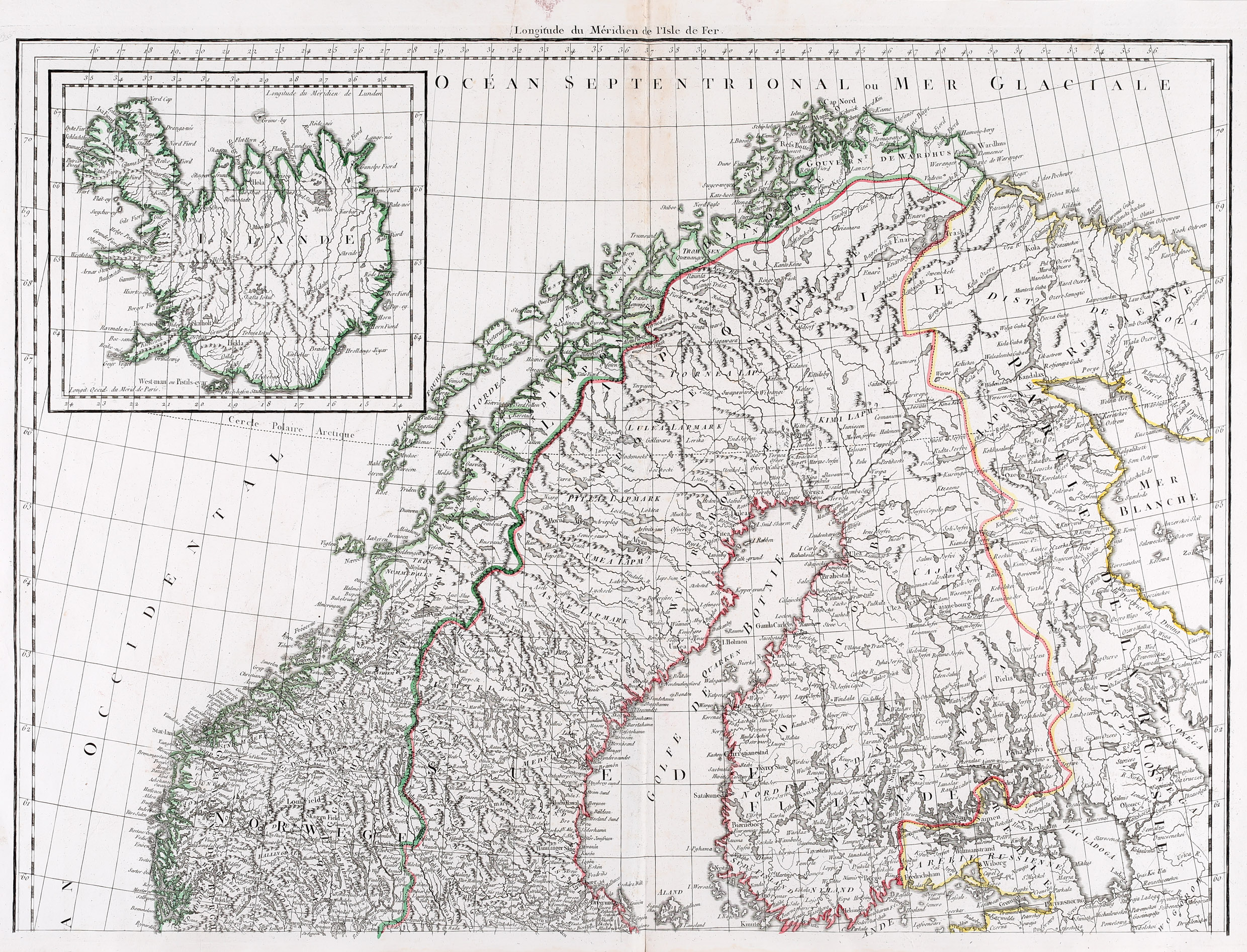 was the most successful French cartographer and globemaker of the late 18th century.
He styled himself the „successeur de MM. Sanson et Robert Vaugondy, Geographes du Roi et de M. Fortiin, Ingenieur-mecanicien du Roi pour les globes et les spheres“ Delamarche was the first French globemaker to aim his product squarely at the commercial market. He succeeded not only by cheaply produced globes but also by re-working and re-printing maps of other cartographers, e.g.  Robert Vaugondy.

This huge two-part map of Northern Europe is based on Vaugondy’s „Atlas d‘Etude, Pour l‘Instruction de la Jeunesse, Compose de Trente cinque Cartes …“ which was published in 1797 „chez C.F. Delamarche“. The unusual title cartouche is centered at the bottom and includes eight distance scales. The map shows Scandinavia, the western part of Russia, Poland, Germany and parts of the Netherlands and France, with an inset map of Iceland in the upper left corner. The main part of the map is extremely detailed.

The content of the inset map of Iceland is rather poor.  „Islande“ is written across the depiction of the country. The interior is mainly filled with mountain ranges. The place-names regard mainly Hekla (which is not hightlighted), the bishoprics Skalholt and Holar (only with small church symbols) and four glaciers („Iokul“). The Arctic Circle is marked nearly correct, but too far south in the westfjords.