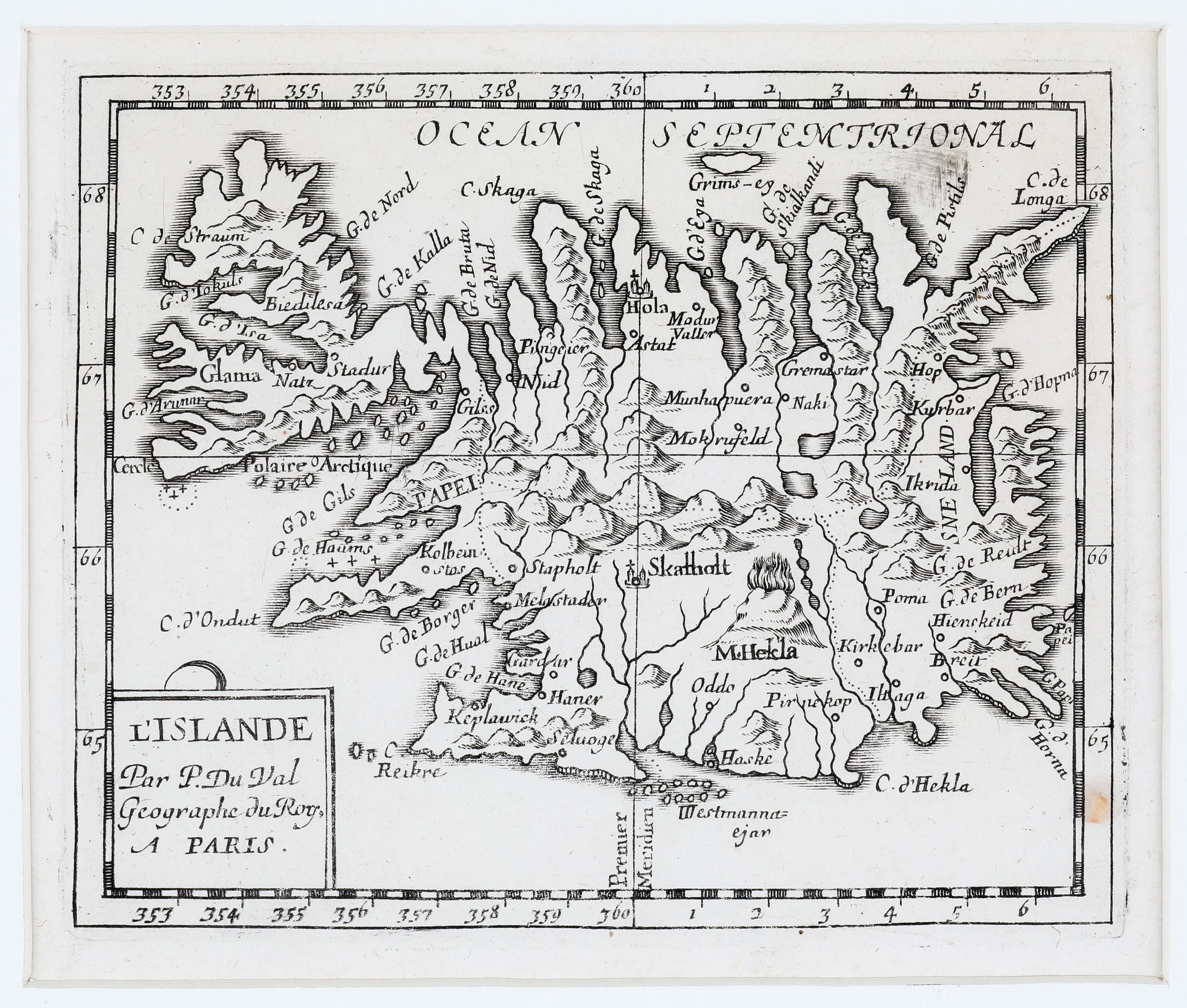 was  a French geographer, cartographer and publisher who worked in Abbeville  and in Paris. He was nephew of Nicolas Sanson, the chief pioneer of cartography in France, from whom he learnt the mapmaker‘s art and skills. Duval worked with his uncle at the Royal Court and was appointed „Geographe Ordinaire du Roy“ by Louis XIV in 1650. He published a wide range of atlases and individual maps.

The origin of this map is not clear. There are different statements.
According to islandskort.is, the map has accompanied Isaac de la Peyrere‘s short description of Iceland „Relation de l‘Islande“, published in 1663. „The map is a copy of the one by Joris Carolus but with various novelties apparently based on material in the book itself“ (islandskort.is).
According to mappingiceland.is, the map was published in Pierre Duval‘s miniature atlas „Geographiae Universalis“ in 1663, which was redone in Duval’s name in 1731.
According to the well-known seller, the map is from the extremely rare miniature atlas „Le Monde ou la Geographie Universelle: contenant les descriptions, les cartes, & le blason des principaux pays du monde“, published in 1663,
In which book this map has been published  und who is right or wrong cannot be enlightened.

The map has a title cartouche in which the author is named („Par P. Du Val Geographe du Roy“), with a strange wide bow on top. In the interior of the island mountains are depicted and „M. Hekla“ is seen erupting. There are also several place-names, amongst them the bishoprics Skalholt and Holar.