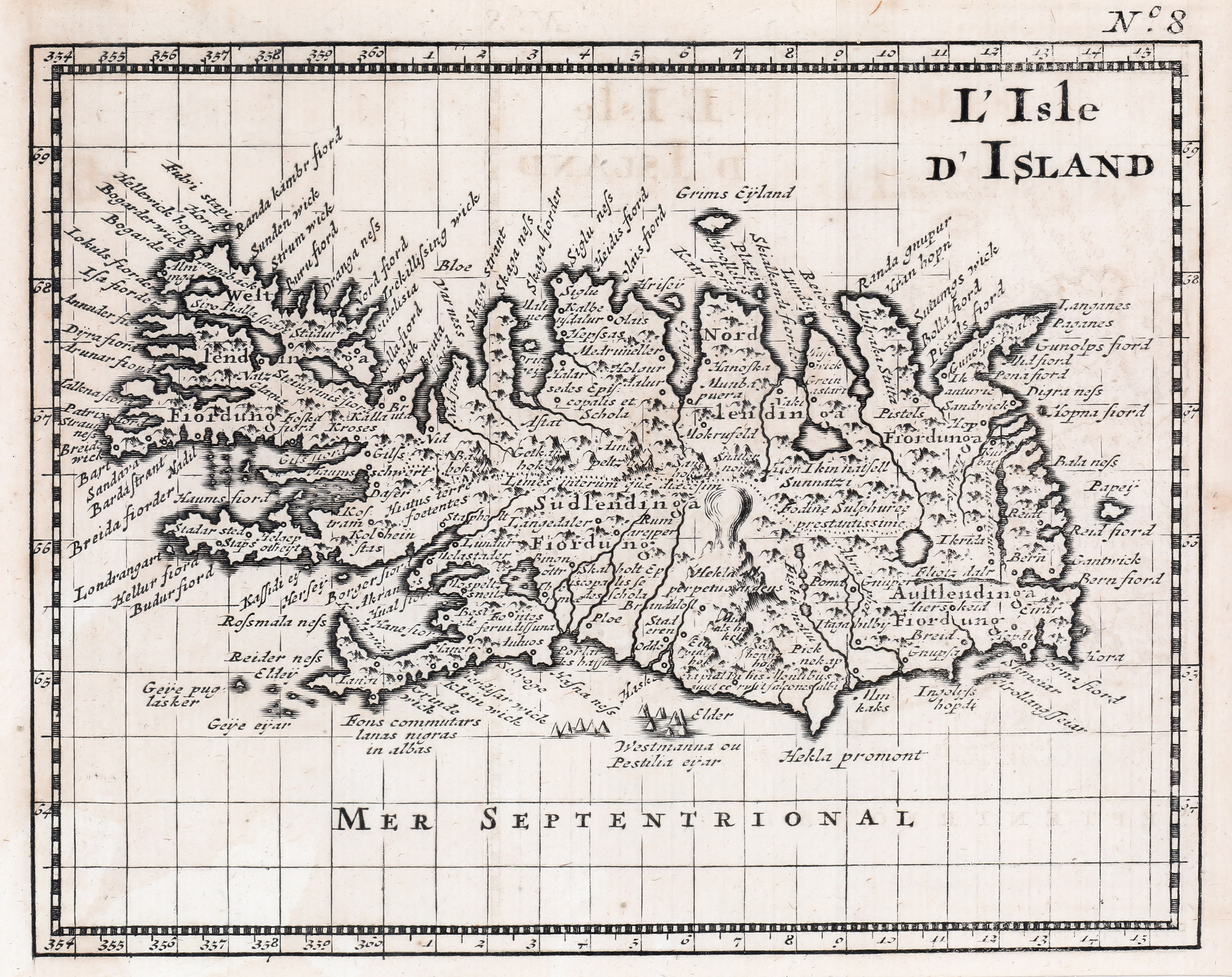 was a French bishop, historian and theologian. He was appointed tutor of the nine-year-old Louis, Dauphin of France, oldest child of Louis XIV, who would arguably become one of France’s greatest kings. Bossuet‘s tutorial functions involved composing all the necessary books of instruction. Amongst the books written by him during the 11 years period is the „Discours sur L‘Histoire Universelle (Discours on Universal History)“ which was first published in 1682 which contains a copper engraved map of Iceland. The book went through many new editions well into the 18th century.

This rare miniature map in the Mercator style is from „Discours“. The title cartouche in plain typing is in the upper right corner. It is strange that in the title not the French word for Iceland (Islande“) is used but the German („Island“). Iceland is divided into four regions. For its size it has excellent detail of mountains, lakes and rivers and numerous place-names, including the bishoprics Skalholt and Holar which are not highlighted. Erupting Hekla is depicted like a bulb, with the comment: „Perpetuo ardens“ (always burning).