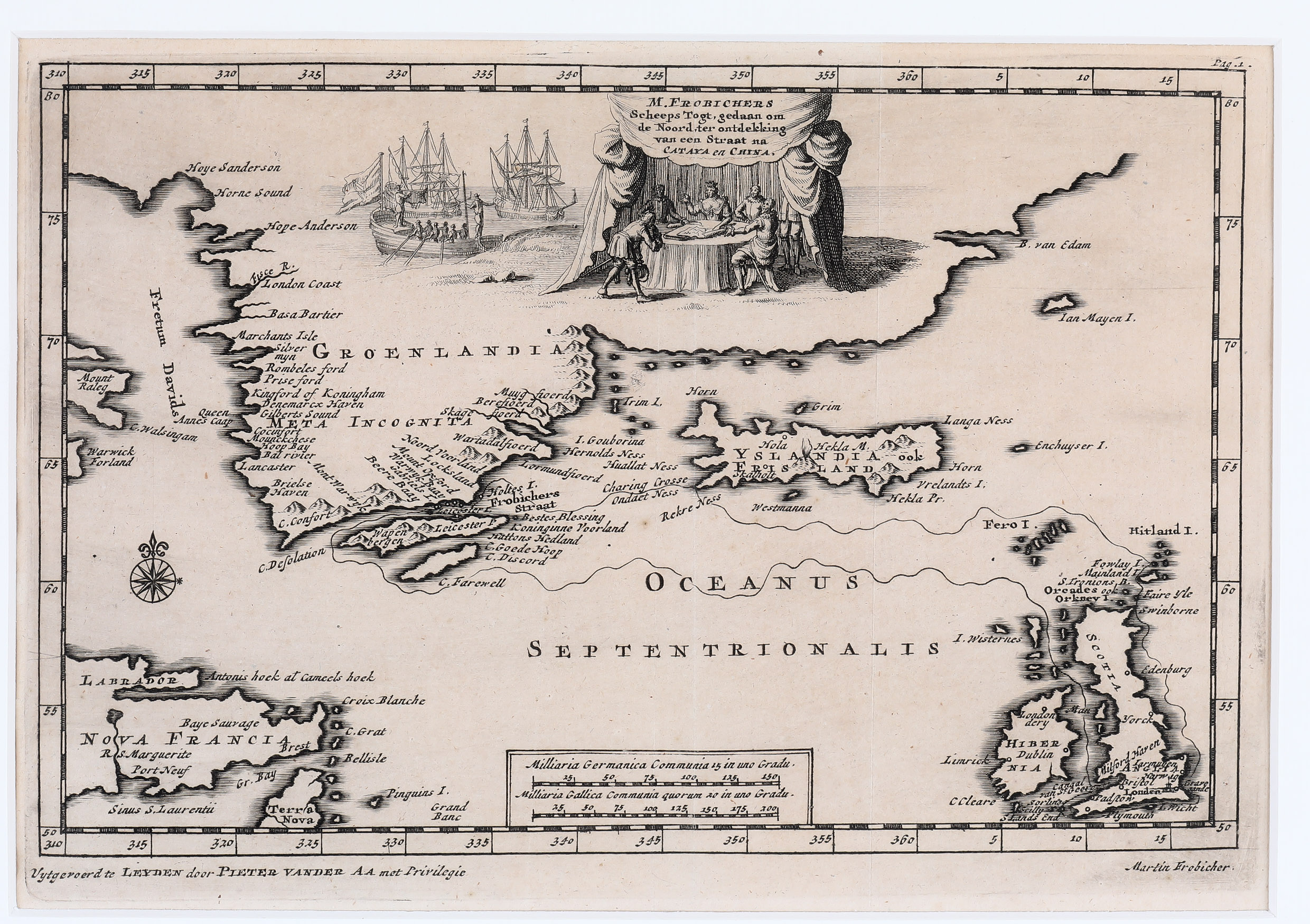 was a Dutch publisher and bookseller, born in Leyden to a German woodcutter from Holstein. All three van der Aa sons came to be involved in the printing business. While Hildebrand worked as a copper engraver and Boudeweyn as a printer Pieter is best known for his voluminous output of maps and atlases. Already in the age of 23 he owned a bookshop and an auction house. He increasingly specialized in books on geography and travel. Already in 1677 Pieter van der Aa became Member  of the Bookseller Guild,  in 1715 Headprinter of the City of Leyden and shortly later Headprinter of its famous University. Within 50 years in the business he published a huge amount of highly decorative maps and atlases. In 1706, the „Naaukeurige Versameling Der Gedenk-waardigste Zee en Land-reysen“ (Collection of memorable sea and land voyages) appeared. In 1713 he published the „Nouvel Atlas, tres-exact et fort commode pour toutes sortes de personnes, Contenant les principales cartes geographiques“ and in 1714 the „Atlas nouveau et curieux des plus Celebres Itineraires“. In 1729  „La Galerie Agreable du Monde“ was completed and comprised 66 parts, bound in 1627 volumes. Van der Aa‘s works are richly illustrated with maps and plates but many of them contain a curious mixture of his own material, copies of maps of. other publishers and reprints made from older plates, now with his own imprint. After his death his stock was auctioned and most of it went to Covens & Mortier.

This rare and  fascinating map of the North Atlantic appeared in van der Aa‘s collection of travel accounts under the title „Atlas nouveau et curieux des plus Celebres Itineraires“, published in 1714 but most likely made in 1706. It shows the route of Martin Frobisher (1535 – 1594) when he sailed looking for the North-West Passage to China in 1576 but did not find it. He was an English seaman, adventurer and merchant who explored unknown territories mainly for finding business opportunities, for example Gold.

The decorative border of the map resembles a bejeweled frame. The picturesque title cartouche shows Martin Frobisher and his men studying a map. In the middle of this group is a lady with a crown. She is no other than Queen Elisabeth I. of England, the „Virgin Queen“, whose father Henry VIII. had her mother Anne Boleyn beheaded. The Queen was one of Frobisher‘s main financial backers.

The map focusses on Southern Greenland and Iceland but also shows Strait Davis, Newfoundland and Labrador in the west as well as the Faroe Islands, Ireland, England and Scotland including the Orkney and Shetland Islands in the east supplemented by Jan Mayen in the North. Also depicted are islands which do not exist: „Emchuyser I.“ in the east, „I. Gouborina“ in the west of Iceland. There is another strange name: „Pinguins I.“, located in the Arctic (!), east of „Terra Nova“.

The shape of Iceland is lengthy as if north and sough had been pressed together. The county is given two names: „Yslandia“ and „Frisland“. The explanation could be as follows: „On some maps Frisland had been for a long time the name of an island south of the country but now it has been put on Iceland since many thought it was Iceland‘s double“ (islandskort.is). In the interior of the country there are only a few place-names, amongst them the bishoprics Skalholt and Holar, only named without church symbols.
Hekla is depicted erupting. The Arctic Circle is missing.