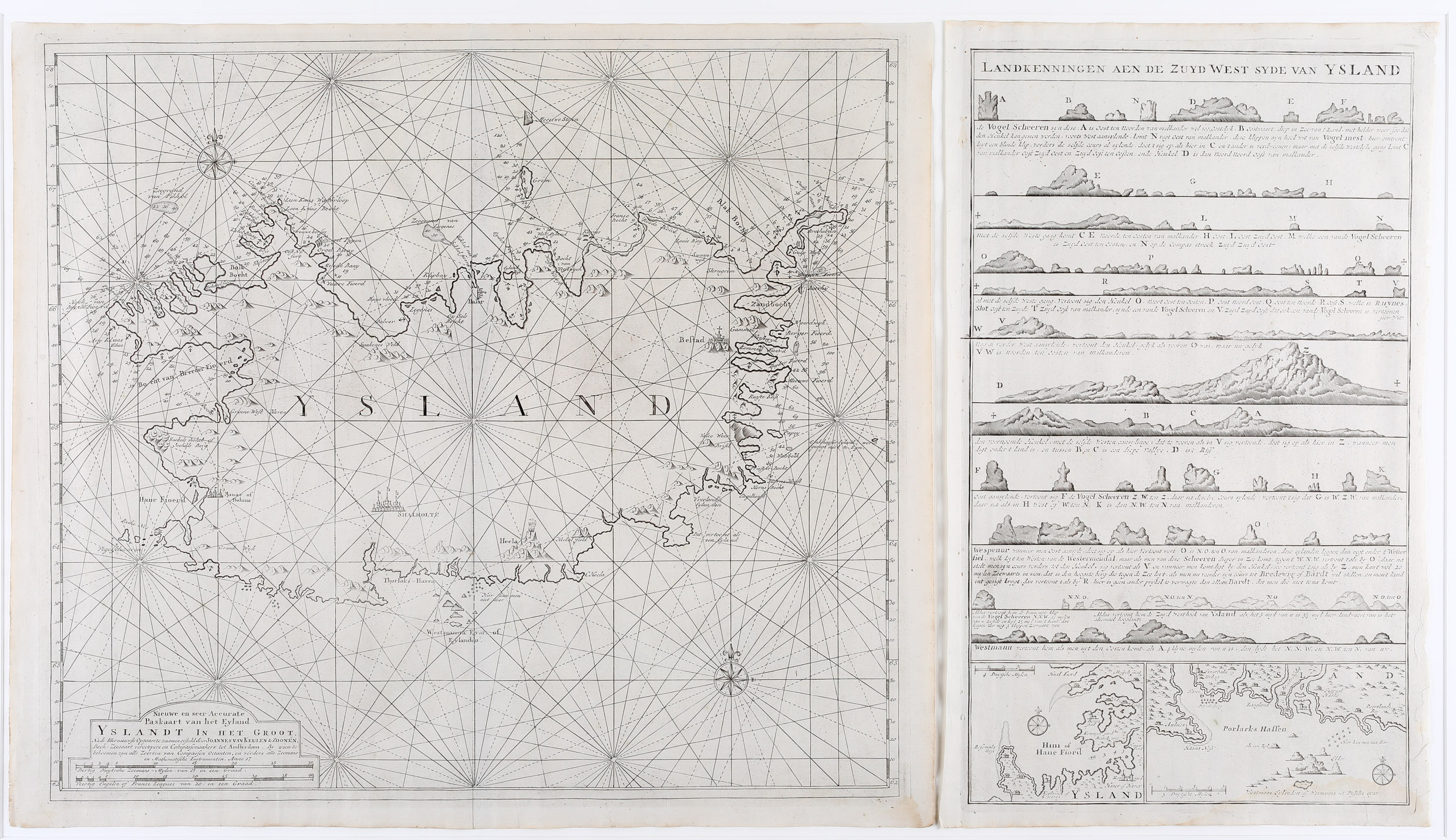 was a Dutch cartographer and publisher who mainly produced nautical charts and atlases in the tradition of his grandfather Johannes van Keulen (1654 – 1715), the founder of a firm which should become the biggest and most influential name in the history of Dutch sea-charts.

Born in Deventer, Johannes van Keulen the Elder established himself in Amsterdam in 1678. In 1680 he gained a privilege from the States of Holland and West Friesland fir the publication of pilot guides and sea atlases. In that year Johannes released the
„Zee-Atlas. De groote nieuwe vermeerderde Zee-Atlas ofte Water-Wereld“ which became immensely popular and was steadily re-produced until 1734. In 1681 „De Nieuwe Groote Lichtende Zee-Fakkel“ (Shining Sea-Torch) appeared. The atlas had charts compiled by Claes Jansz. Vooght and artwork from Jan Luyken. This five-volume work was published in several editions until 1685 and made Johannes van Keulen famous. There were translations of the atlas in French, English, Spanish and Italian language.

Gerard van Keulen (1678 – 1726), the son of Johannes van Keulen, was endowed with talent and by doing an internship with his father, Gerard became a skillful engraver. He was also proficient in mathematics and navigation and established the scientific basis of the van Keulen firm. In 1714 he was appointed hydrographer to the Dutch East India Company and the family remained chart makers until the company‘s liquidation.

After Gerard van Keulen‘s death at the age of 49 years, his son Johannes van Keulen II. (1704 – 1755) carried on the business. He is known in particular for his publication in 1753 of a sixth volume of the „Zee-Fakkel“ which contained new charts of the route to the East Indies and was re-printed until 1773.

When Johannes van Keulen the Younger died, his son Gerald Hulst van Keulen (1733 – 1801), great grandson of the founder of the „Empire“, took over the firm. He was responsible for publishing the final true van Keulen editions of the family‘s signature product, the „Zee-Fakkel“. When he died the business was continued by his son Johannes Hulst van Keulen and after his death in 1844 the firm passed out of family hands and flourished under different names until 1885.

This extremely rare map with the geographical notes („Landkenningen aen de zuyd west syde van Ysland“ on the right hand side is most likely from the so-called „Secret Atlas“ of the Dutch East India Company („Vereenigde Oostindische Compagnie VOC“) which was in fact Part VI of the „Zee-Fakkel“, published by Johannes II. van Keulen from 1753. By keeping these charts secret, the best available navigational information and coastal details would remain proprietary. Therefore the „Secret Atlas“ was never offered for sale to the public and only issued to the VOC ships, with explicit instructions that the charts had to be returned at the completion of the voyage. The chart, partially dated „Anno 17“, is most likely made in 1753 or some time soon after.

This chart replaced an earlier map of Iceland titled „Het Eylandt Ysland in‘t Groot“  by Johannes‘ son Gerard van Keulen (1678 – 1726) that was based on the Joris Carolus Type map and was published in the early 1720s for the „Zee-Fakkel“. On this map, published by Gerard‘s son Johannes II., Iceland is of the type that was common on many nautical charts at the time.

A title cartouche is to be found in the lower left corner which mentions as authors „Ioannes van Keulen & Zoonen“ which indicates that Johannes II.‘ sons were already involved. Two distance scales are underneath. „Islandt“ is printed in the center of the
map. In the ocean there are many compass roses to be seen around the country and also depth numbers, particularly off the Westfjords and the Eastfjords.
Between the Westman Islands and the south coast of Iceland is a warning illustrated by crosses:. „Hier kan men niet door“ (here you cannot get through).

There are only a few place-names along or near the coastline of Iceland. In the interior of the country the bishoprics Skalholt and Holar are depicted with a big and and a smaller triform cathedral, and surprisingly a third one in the east: „Asmar of Holmar“. Wrongly,  erupting volcano Hekla is placed near the south coast and „Bestad“ (Bessastadir), now the official residence of the President of Iceland, near the east coast. The location of the island Grimsey off the North coast is correct but it is depicted vertical. The only glacier on the map is  Snaefellsjökull („Snebels hökel af Jochuls Berg“ at the west coast. Astonishingly the Arctic Circle is omitted.