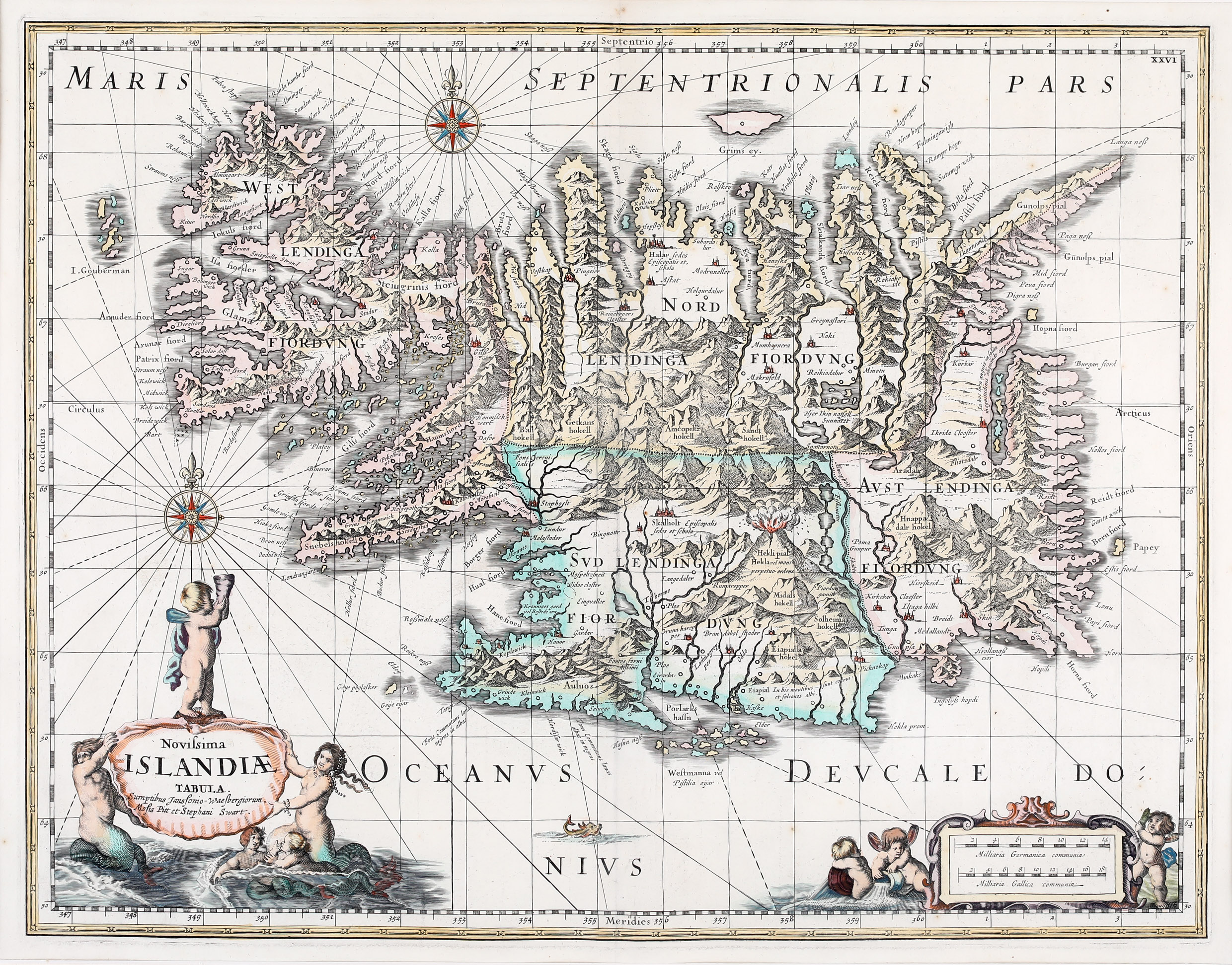 was baptized at St. Teath, Cornwall, moved to Little Britain, London and published his first books with his own imprint in 1667. He became one of the largest booksellers and publishers of the second half of the 17th century. He was the first to offer his wares via an auction. Moses Pitt took over the map publishing from Johannes Janssonius after his death. His „English Atlas“ of the world was initially intended to be 12 volumes containing 900 text pages plus 600 plates. However rising costs and a huge property speculation in Westminster lead to severe financial difficulties and  only four volumes in the years 1680 to 1683 were ever produced. As a result of the Atlas project, Pitt was declared bankrupt and arrested in 1689 and he remained in prison for eight years until shortly before his death. After his failed venture, the plates somehow found their way to Carel Allard in the Netherlands from whom they passed to Petrus Schenk and Gerald Valk.

This very rare map is originally based on the map by Joris Carolus of c. 1630. The plate passed to Johannes Janssonius and then to  Moses Pitt who reworked it and gave the latter the acknowledgment on the title cartouche: „Sumptibus Janssonio-Waesbergiorum, Mosis Pitt et Stephani Swart.“ Moses Pitt also mentions Stephani Swart who engraved the map. The ornamental title cartouche is decorated by putti and mermaids as well as the distance scale cartouche. The map is also embellished with two compass roses, rhumb lines and a little sea monster.

In comparison to Janssonius‘ map Moses Pitt changed the title, added a new cartouche of putti and mermaids and a sea creature, a new ornamental distance scale cartouche but he omitted one sea monster and the sailing ship.

The topography of Iceland with mountain chains, rivers, lakes, glaciers and settlements is beautifully depicted. There are many place-names including the bishoprics Skalholt and Holar („Halar“), each with the text: „Episcopalis sedes et. schola“. Particularly striking is the scene of an erupting volcano with the text: „Hekla vel mons perpetuo ardens“  which suggests that the volcano was constantly active at the time. As on earlier maps the „I. Gouberman“ near to the Westfjords actually not exists.