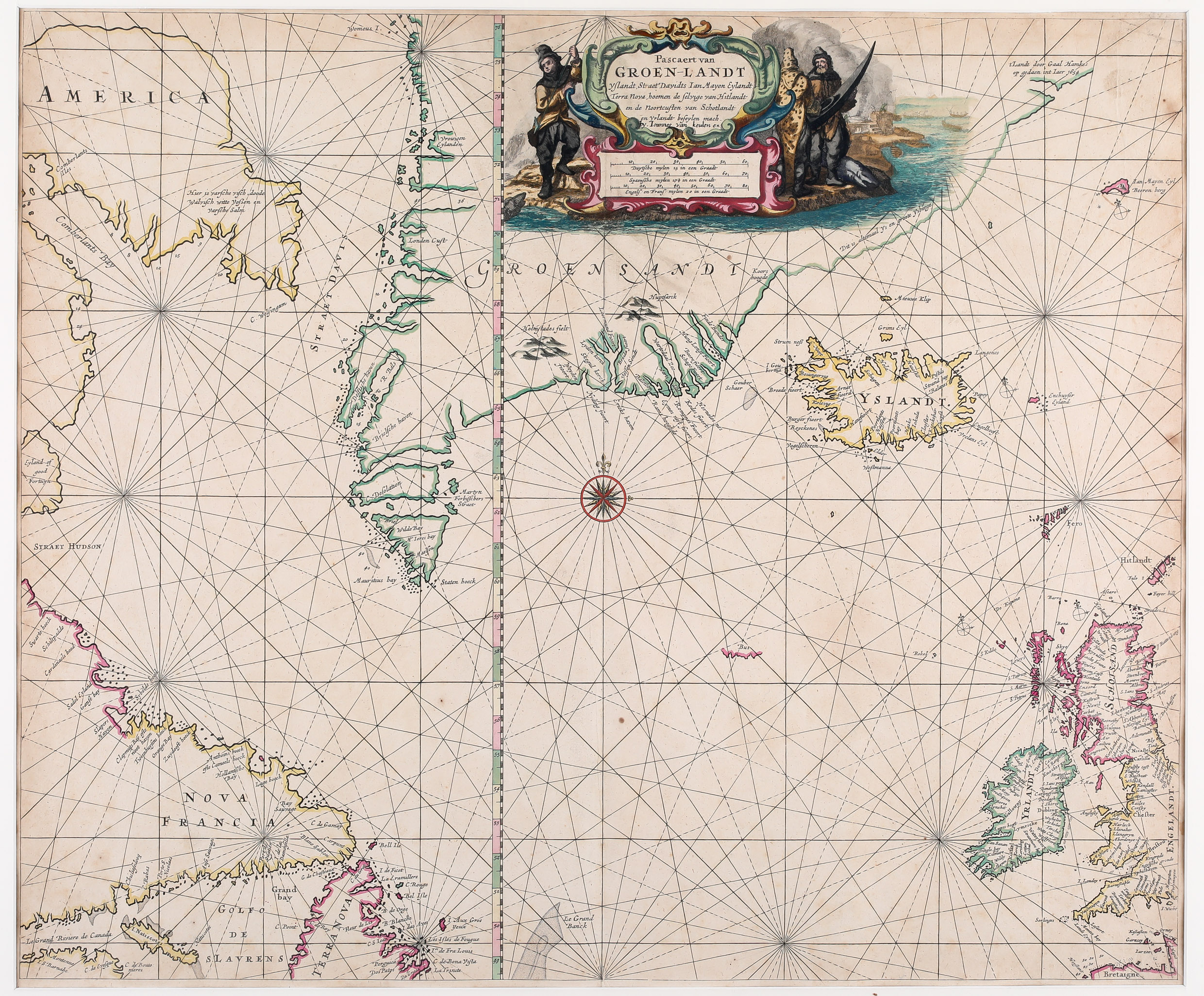 was a Dutch cartographer and publisher who mainly produced nautical charts and atlases. He was the founder of a firm which should become the biggest and most influential name in the history of Dutch sea-charts. Born in Deventer, Johannes established himself in Amsterdam in 1678. In 1680 he gained a privilege from the states of Holland and West Friesland for the publication of pilot guides and sea atlases. In that year Johannes released the „Zee-Atlas. De groote nieuwe vermeerderde Zee-Atlas ofte Water-Wereld“ which became  immensely popular and was steadily re-produced until 1734. In 1681 „De Nieuwe Groote Ligtende Zee-Fakkel“ (Shining Sea-Torch) appeared. The atlas had charts compiled by Claes Jansz. Vooght and artwork from Jan Luyken. This five-volume work was published in several editions until 1685 and made Johannes van Keulen famous. There were translations of the atlas in French, English, Spanish and Italian language.

Gerard van Keulen (1678 – 1726), the son of Johannes van Keulen, was endowed with talent and by doing an internship with his father, Gerard became a skillful engraver. He was also proficient in mathematics and navigation and established the scientific basis of the van Keulen firm. In 1714 he was appointed hydrographer of the Dutch East India Company and the family remained chart makers until the company‘s liquidation.

After Gerard van Keulen‘s death at the age of only 49 years, his son Johannes II. van Keulen (1704 – 1755) carried on the business. He is known in particular for his publication in 1753 of a sixth volume of the „Zee-Fakkel“ which contained new charts of the route to the East Indies and was re-printed until 1773.

When Johannes van Keulen the Younger died, his son Gerald Hulst van Keulen (1733 – 1801), great grandson of the founder of the „Empire“, took over the firm. He was responsible for publishing the final true van Keulen editions of the family‘s signature product, the „Zee-Fakkel“. When he died the business was continued by his son Johannes Hulst van Keulen and after his death in 1841 the firm passed out of family hands and flourished under different names until 1885.

„For some curious reason this chart does not appear to have been regularly utilized by Johannes van Keulen. Indeed, it has not been found in any examples of the „Zee-Fakkel“. This is the atlas where one might expect to find it. However, it is the „Zee-Atlas“ it has been found in“ (Burden, The Mapping of North America II). The map was published first in 1681 and last in 1685.

The beautiful sea-chart of the North Atlantic is decorated in the upper center with a figurative title cartouche which includes three distance scales and is surrounded by native hunters. It is dominated by a big compass rose right in the middle of the map from where rhumb lines go out in thirty directions. The map shows Newfoundland („Terra Nova“), Labrador („Nova Francia“),  Baffin Island („America“) with the eastern approach to the Northwest Passage, Davis Strait, Greenland, Iceland, Jan Mayen, the Faroe Islands, Ireland and the western part of the British Isles. It includes a detailed plan of coastlines, soundings, cliffs, anchorages, towns and rivers. There are place-names scattered along the coastlines, and inland detail is limited to a few mountains. In Baffin Island (here called „America“) there is a notation that translates: „There is fresh fish, dead whales, white foxes and fresh salmon“. A partial outline continues to the northeast of Greenland with a notation that the area is comprised of ice and large icebergs. Astonishingly the Arctic Circle is omitted, however very unusually, a vertical line indicating the latitudes from 49 to 76 degrees crosses the map.

Along the coastline of Iceland there are some names amongst them „Iokula“ (which probably stands for glacier) but  the interior is completely empty. Not even the famous volcano Hekla is depicted.

In the ocean west and east of Iceland the mysterious islands „I. Gouberma“ and „Enchuyser Eyland“ are to be seen.

The „Schulte Collection“ contains three similar sea-charts: Goos of 1669, Lootsman of 1676 and this one, van Keulen of 1681. According to Burden they are derivatives of an extremely rare map Johannes Janssonius has published in 1634. The differences between Goos and Lootsman  are described in the context of the Goos map.

The differences between Goos and van Keulen are as follows:

Comments by the collection

At the time, there was a strong competition in the map selling market between Jacob Colom, Lootsman, Pieter Goos, Hendrick Doncker and Jacob Robijn but also some kind of cooperation. They supported each other by also selling the atlases of the competitors, used their maps to composite atlases under new authorship and title, to publish „new“ maps by just changing details in maps and so on. This worked quite well until Johannes van Keulen and John Seller emerged as competitors and the defense of the „old guard“ finally collapsed.

The described „business model“ makes it extremely difficult not only for collectors but also for map dealers to identify the author/publisher and the printing/publication year of a specific map with so many similar maps of the same period in the market. Only the publications of a few experts (Koeman, Burden) can give advice.