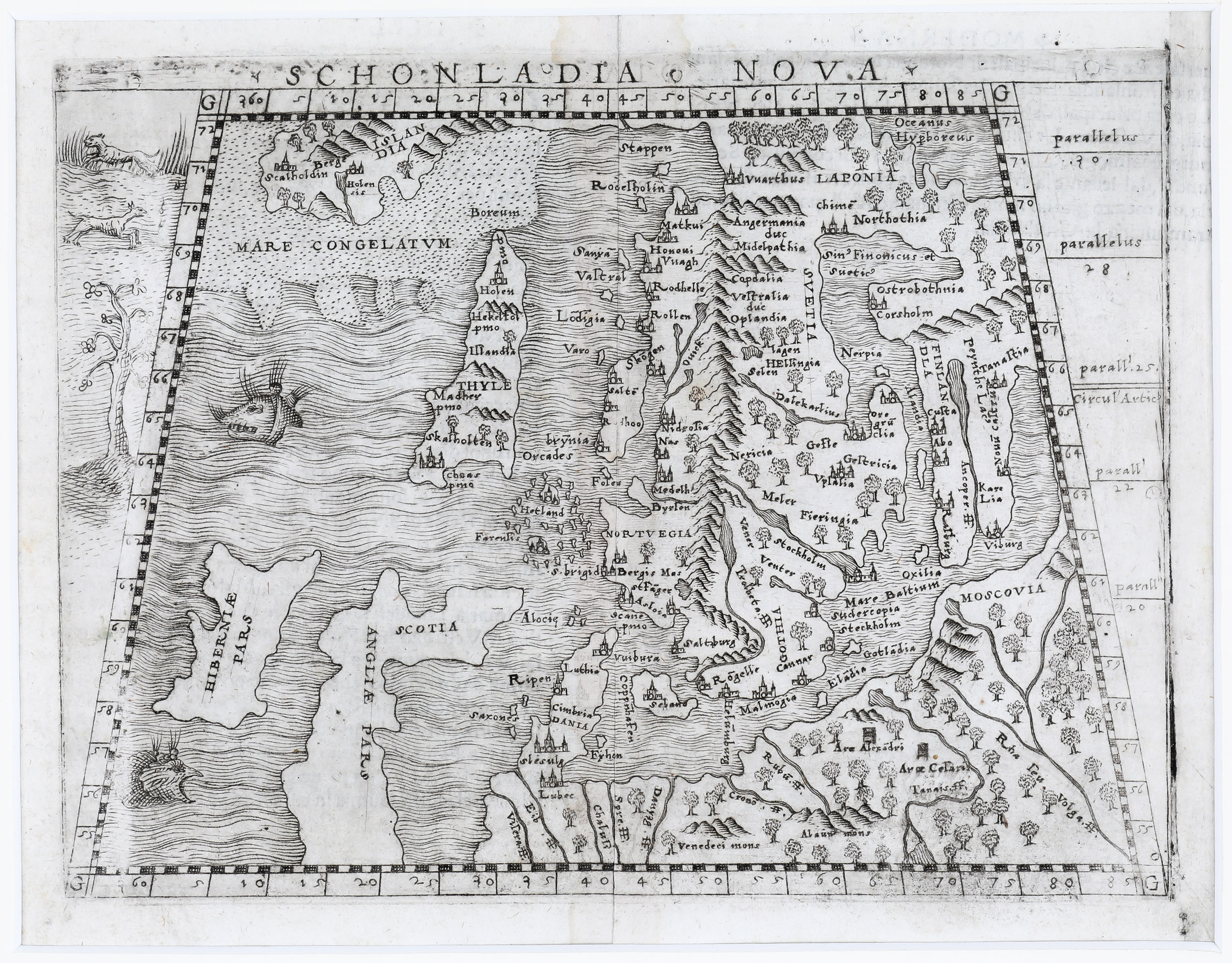 sometimes referred to as Jacopo or Iacobo, is considered the foremost Italian cartographer of the sixteenth century.  Born in Villafranca, Piedmont, he established himself in Venice by 1539, working originally as an engineer but turned to mapmaking from the 1540s onward and made his reputation as an engraver, geographer and cosmographer. Gastaldi‘s 1548 edition of Ptolomy‘s „Geographia“, a set of 60 maps, made three contributions to the development of map production. On one hand It was the first atlas which included regional maps of the America‘s. On the other hand he created the first pocket-size collection, published in only one edition (which makes it difficult to obtain individual maps. Finnall, Gastaldi‘s work also indicated a shift in cartographical technique by its use of copper plates instead of woodblocks which allowed the engraver to render a much higher level of finesse and detail. Gastaldi was named cosmographer to the Republic of Venice, became a member of „Academia Veneziana“ and was a major source for other geographers and mapmakers including Camocio, Berteli and Ortelius.

This elegant early map of Scandinavia, in trapezoidal form, including most of the Baltic, and the North Atlantic to Greenland and Iceland, England, Scotland and Ireland („Hiberniae Pars“), was built upon previous publications, in particular, on the North Atlantic map of Jacob Ziegler (1532) and Sebastian Münster‘s maps of the World and of the North for the Basel editions of Ptolemy (1540/1542).

The title is placed on top of the map. It is nicely decorated by two sea monsters north and south of Ireland and by a tree with two dogs along the oblique line on the left.
Remarkable is the land bridge from Greenland to Scandinavia which is also to be found on the famous Zeno map of 1558.

Iceland is completely out of shape and bears the name „THYLE“. In the interior there are few place-names:  „Skalholten“ and „Holen“, the two bishoprics (with church symbols) and „Hekelfol“ which means the famous volcano Hekla (the other two names cannot be explained).

The southernmost part of Greenland is designated „ISLANDIA“ (!) and the two bishoprics are also to be found here but are written differently: „Scalholdin“ and „Holensis“. Additionally there are five „Berge“ (the German word for mountains) to be seen.