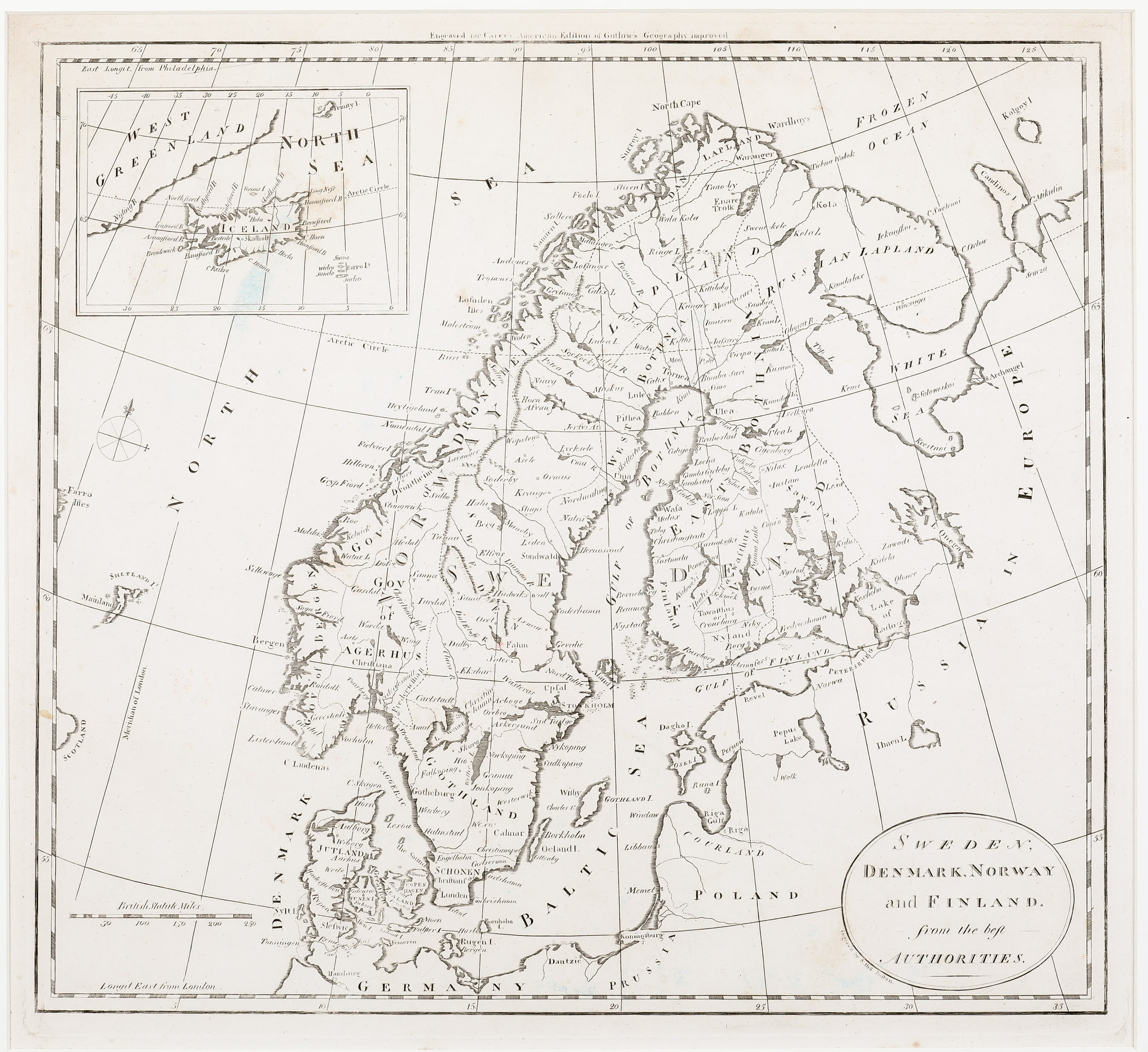 was an Irish-born American publisher and economist who stands at the forefront of American cartography. In 1775 he entered the bookselling and printing business and published articles criticizing the Parliament. As a result, the British House of Commons threatened him with prosecution and Carey fled to Paris in 1781. There he met Benjamin Franklin, the ambassador representing the American Revolutionary Forces who achieved independence that year. Franklin took Carey to work in his printing office where he was employed for a year before returning to Ireland where he edited two Irish nationalist newspapers. To avoid imprisonment by the British, Carey dressed as a woman and snuck on a ship to the newly independent United States of America in 1784. In Philadelphia he founded the first American specialized cartographic publishing firm which would become the largest in the country in the nineteenth century.
His first cartographic production was „A General Atlas for the Present War“, issued in 1794. It is largely based on maps drawn from William Guthries‘ „Atlas to Guthries’ System of Geography“. In 1795 Carey published „The General Atlas for Carey‘s Edition of Guthrie’s Geography Improved“. In 1796 he released his „General Atlas“ which included maps of the rest of the world and was issued with periodical updates through 1818.

Carey‘s maps are some of the best issued around the turn of the century. He used the most skilled American craftsmen and had access to the best information available on a timely basis.

The title of the map is in a rather simple oval cartouche in the lower right corner.
The map shows Scandinavia, the Baltic, including „Russia in Europe“, parts of Poland, Prussia and Germany, the Shetland Islands and a bit of the eastern coast of Scotland and of the Faroe Islands. A distance scale and a compass rose are placed in the North Atlantic.

In an inset in the upper left corner there are Iceland, the border line of south-east coast Greenland (strangely named „West Greenland“), in the north the „Trinity I.“ (most likely Jan Mayen) and „Farro I.“ in the south-east of Iceland.

Iceland is shown with minimal illustrated topographical detail. Not even Hekla is to be seen, only the bishoprics Skalholt and „Hola“ are named. The depiction of the Arctic Circle includes Iceland but is marked too much south.