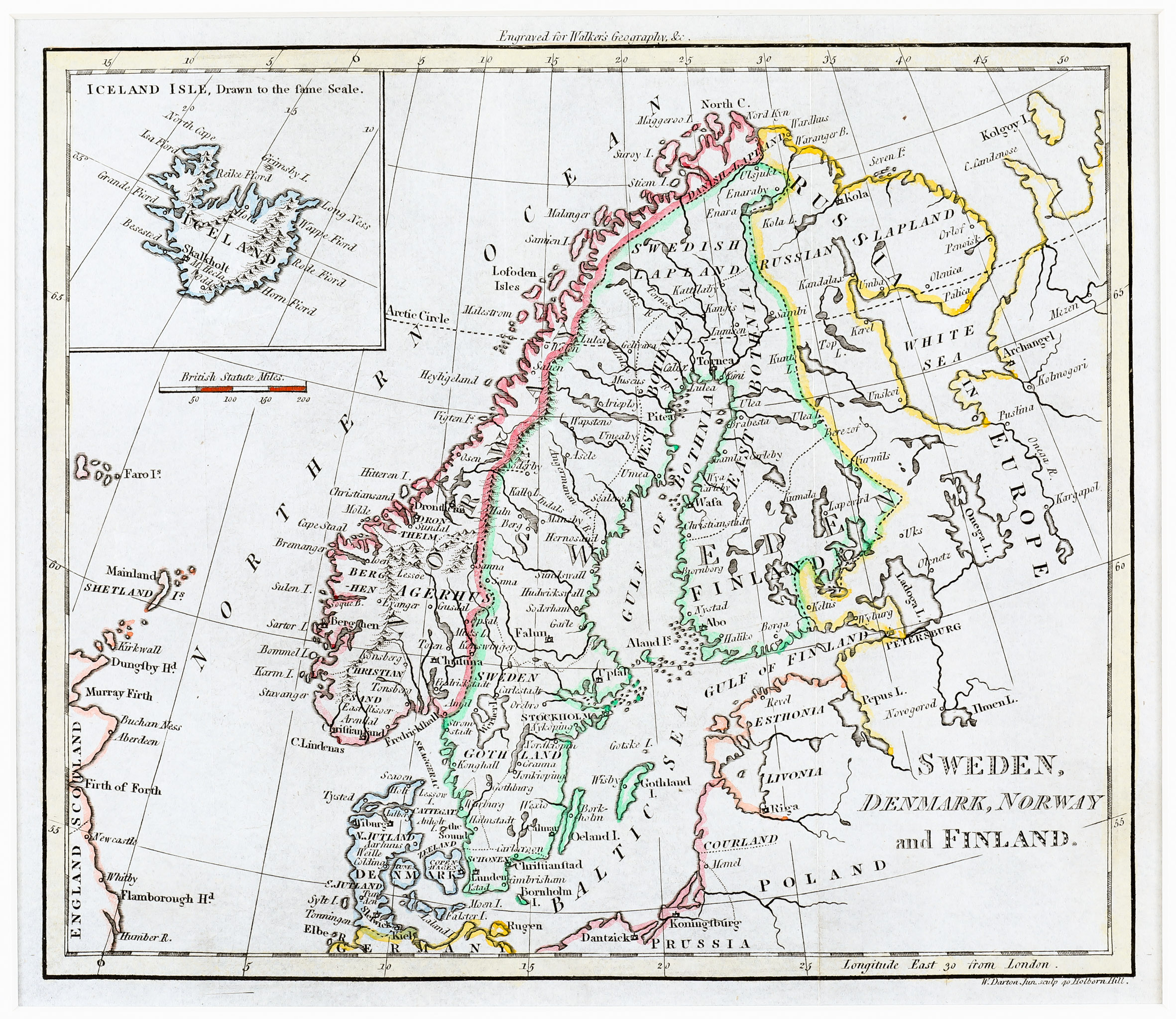 was an English engraver working in London. His father founded a cartographic publishing house in London in 1787 that would last, in various manifestations, until the 1860s. William Darton Jr. joined the company in the late in the eighteenth century. He engraved all the maps in the „Atlas to Walker‘s Geography“ which was published in 1802 from where this map is taken.

The title of this map is written without a frame in the bottom right corner. The author’s name is written in the right corner underneath the map while the source is to be found on the right above the map. The map shows Scandinavia, the Baltic, Poland, „Russia in Europe“ and Prussia including the Faroe, Shetland and Orkney Islands and the eastern part of England and Scotland, with an inset of Iceland in the upper left corner titled „Iceland Isle, Drawn to the same scale“. Therefore it is astonishing that the Arctic Circle is marked in Scandinavia and Russia but not in Iceland. Underneath the map of Iceland is a distance scale.

In the interior of Iceland some mountain ranges and only a few place-names are to be seen: „Skalkholt“ (Skalholt“) and „Hola“ (Holar), the bishoprics and „M Hecla“ are named.

The map resembles Guthrie‘s map of 1790 but there are some differences. That map is larger in size, the title has an oval frame, in it „by the best Authorities“ is added, the author is not named and there are less typographical mistakes (e.g. Skalholt and Hekla are written correctly).