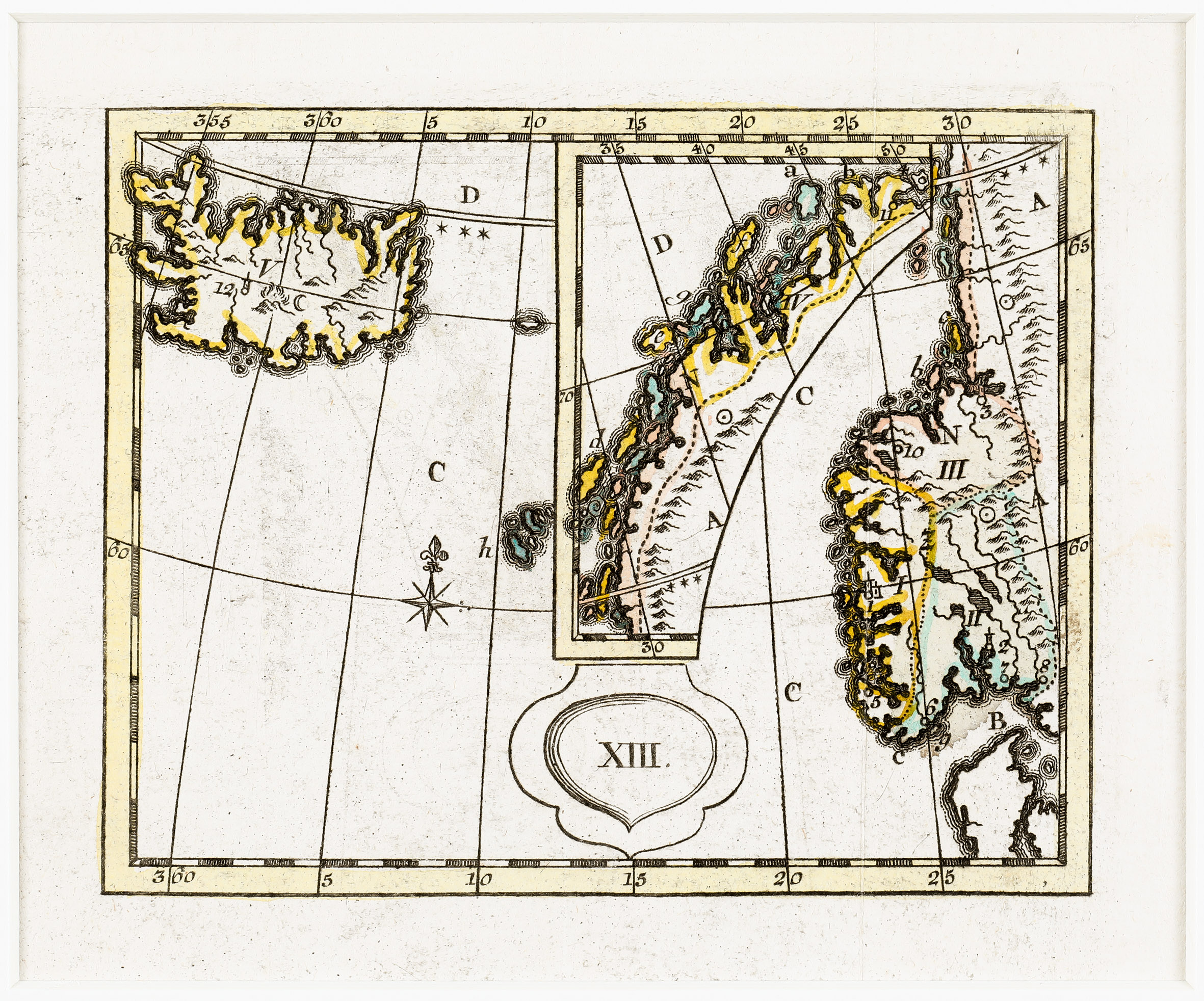 Nothing is known about Schneider and only a little about Bruyset. Father (1719 – 1793) and son (1744 – 1817) Bruyset have the same name and they were both publishers in Lyon. Their major work seems to be the rare 18th century „Atlas des Enfants, ou nouvelle methode pour apprendre la Geographie .. .“ The engraved frontispiece – surprisingly without naming the author(s) – shows the infant „Atlas“ holding a celestial globe on his shoulders. In library catalogues „(Schneider, J. H.) Jean-Marie Bruyset“ are designated as authors but this gives no indication whether father or son Bruyset or both were involved. It is also unclear why Schneider’s name is set in brackets.

The purpose of the atlas is to make learning geography easier for children. The maps in this early French teaching atlas use numbers and letters in place of names for the purpose of questioning students.

This very rare and strange map from the „Atlas“ shows the south-western part of Norway and in a kind of open frame the north-western part. Underneath „XIII.“ is written in a heart-shaped cartouche. The North Atlantic is decorated by a wind rose with the letter „C.“ above it.

Iceland is marked „V.“ and on the right of it there is a church symbol and  the number „12“ which seems to be the bishopric Skalholt. Further right mountains are sketched which look like volcanos. What the sign similar to  „C“ means is unclear. The Arctic Circle runs nearly correctly. with „D.“ marked above and three stars underneath at the the right edge of the map.