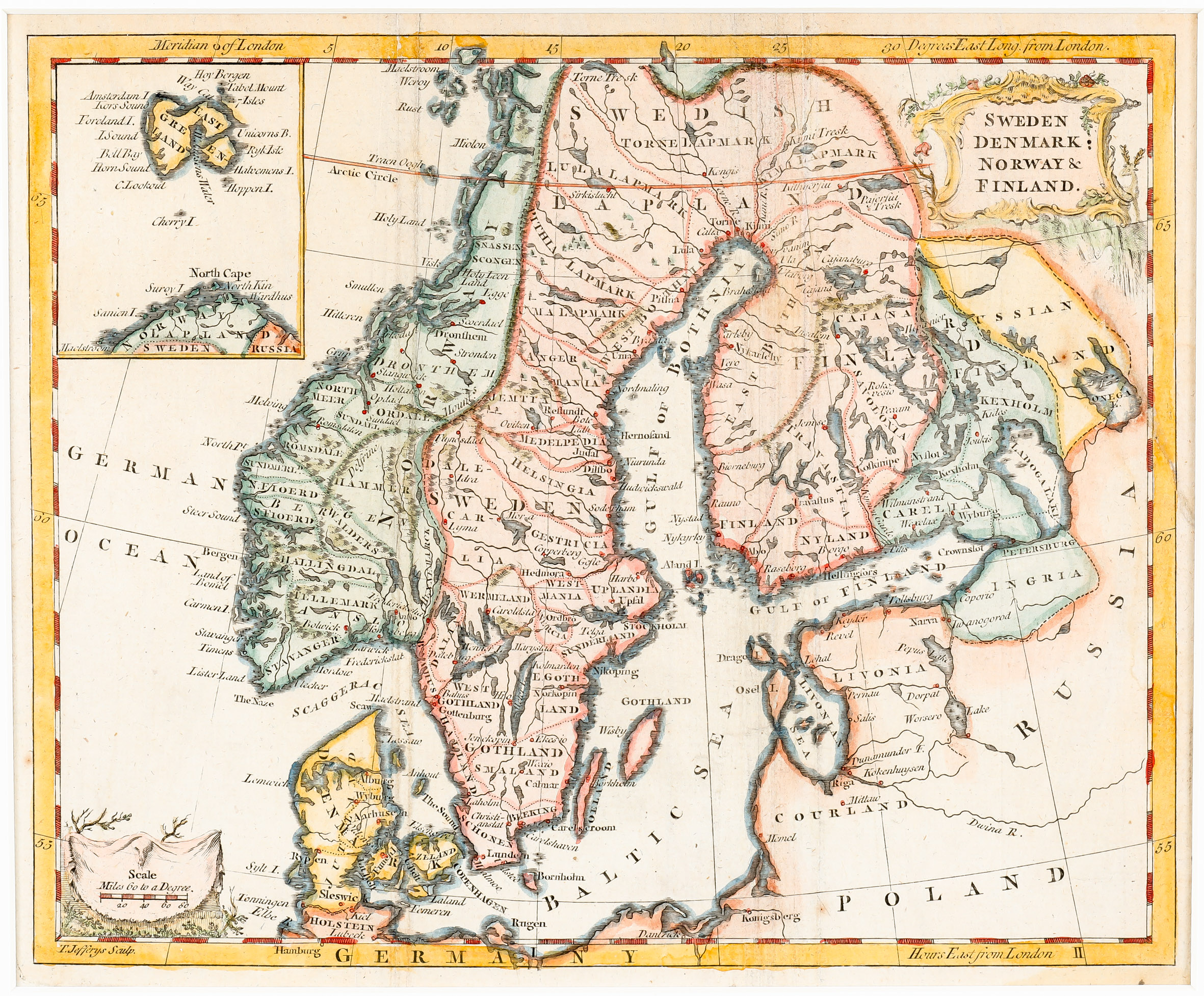 was a publisher, engraver and cartographer based in London. He did an apprenticeship with the prominent mapmaker Emanuel Bowen and during his training he met Thomas Kitchin with whom he worked together many years later. Jefferys struck out on his own in 1744 and became the leading supplier of maps of his day. He engraved and printed maps mainly for government and manufacturing enterprises. Some years later he was appointed „Geographer to Frederick Prince of Wales“.  In 1760, Jefferys succeeded his old master Bowen as geographer to King George III. He engraved maps for Thomas Kitchin‘s „The Modern Geography“, published in 1762. Jefferys went bankrupt in 1766 and upon his death many of his plates were sold to other interested parties.

This decorative and detailed miniature map of Scandinavia, taken from Kitchin‘s „The Modern Geography“, shows also the Baltic, Poland and part of Russia including the Arctic Circle. It is decorated with a nice title cartouche in the upper right corner and a separate distance scale cartouche in the lower left corner.
There is an inset map in the upper left corner with the northernmost part of Norway and an island named „East Greenland“.

Before I ordered the map I was sure that „East Greenland“ stands for Iceland because the photo in the offer of the antiquarian was not good enough to read the names on the map. When the parcel arrived and was opened I recognized that this island is obviously Spitsbergen which means Iceland is not on this map. Nevertheless, I decided not to remove it from the „Schulte Collection“.