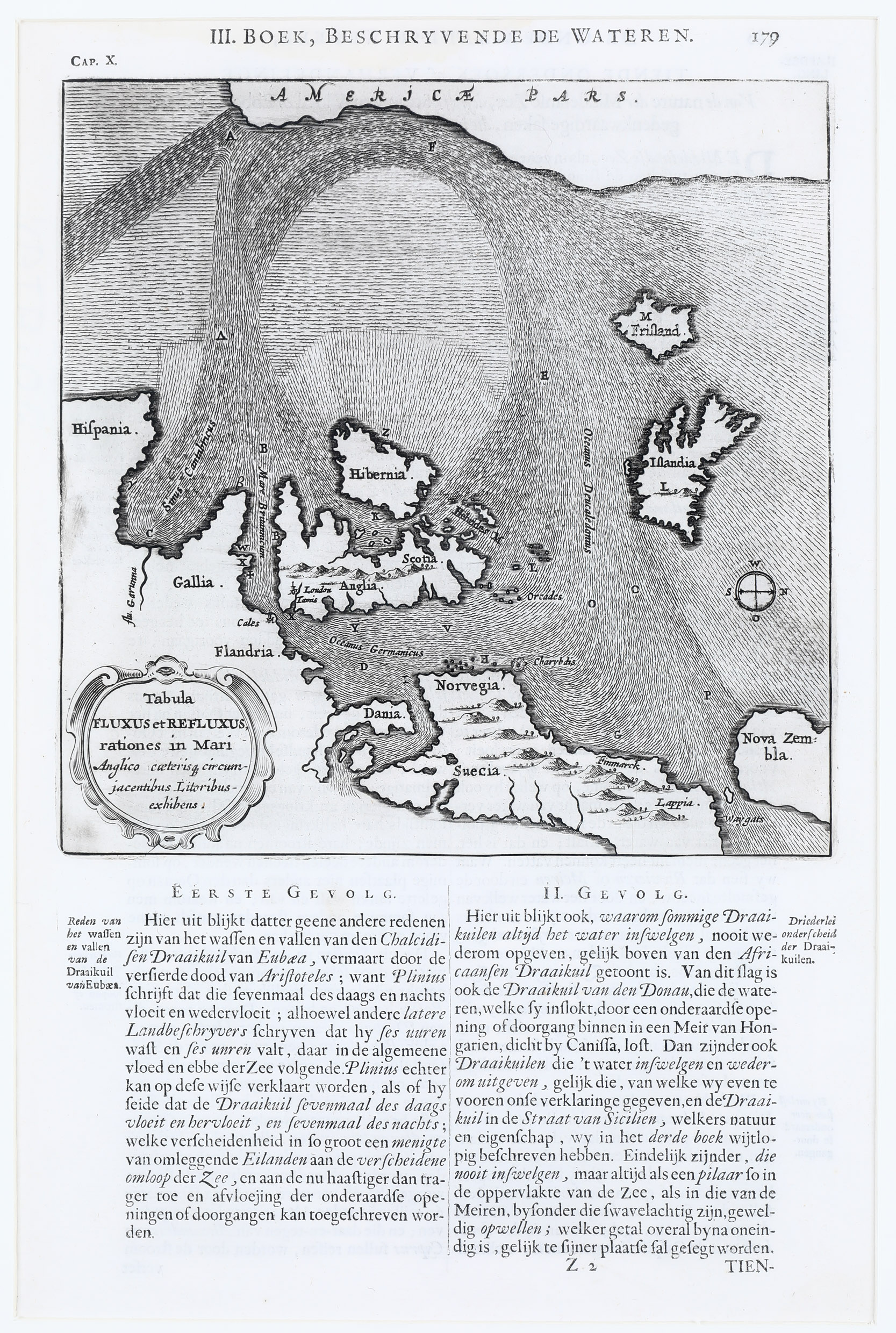 was born as the youngest of nine children near Fulda, Germany. From 1614 until 1618 he was a student at the Jesuit College and in 1622 he became a member of the holy order in Paderborn, a famous bishropric. After a study of Philosophy and Theology he was ordained to the priesthood. In 1628 he became Professor of Ethics and Mathematics at the University of Würzburg. Kircher‘s spectrum of research interests was incredibly broad so that he has been compared with Leonardo da Vinci and honoured with the title „Master of a Hundred Arts“.  His main interest were Egyptology, Sinology, Medicine, Mathematics , Music and Geology.  In the latter context he studied volcanoes owing to his passion for eruptions and rocks and he even climbed the Vesuv near Naples in order to abseil into the crater.His geological investigations culminated in his „Mundus Subterraneus“ (Subterranean World), first published by Johann Waesberger in 1664 until 1678. For more than 40 years Kircher lectured in Rome at the „Collegium Romanum“ where he set up the „Wunderkammer“ (Cabinet of Curiosities).

This rare map of the North Atlantic was published in a Dutch edition of „Mundus Subterraneus“, titled „d‘Onder Aardse Weereld“ in 1682. The headline of this sheet is „III.Boek, Beschryvende de Wateren“. The map – with a Dutch text below – has a East-West orientation for bottom-to-up, making the northern North-American coastline along the top of the map, with the European coast from Spain to Denmark, and then hopping over to the Nordic countries, and of course with England and Ireland, and lonely Iceland and the mythical island „Frisland“.

The primary purpose of this map was to illustrate the Atlantic Ocean‘s currents. It was remarkably accurate, surpassing the work of Robert Dudley of 1646/47 who had illustrated only the local currents in the regions covered. The map appeared about a century before the first map to truly distinguish the Gulf Stream of Franklin/Folder of 1768 to 1785).

About Iceland there is no more than the shape and the name „Islandia“ inside.