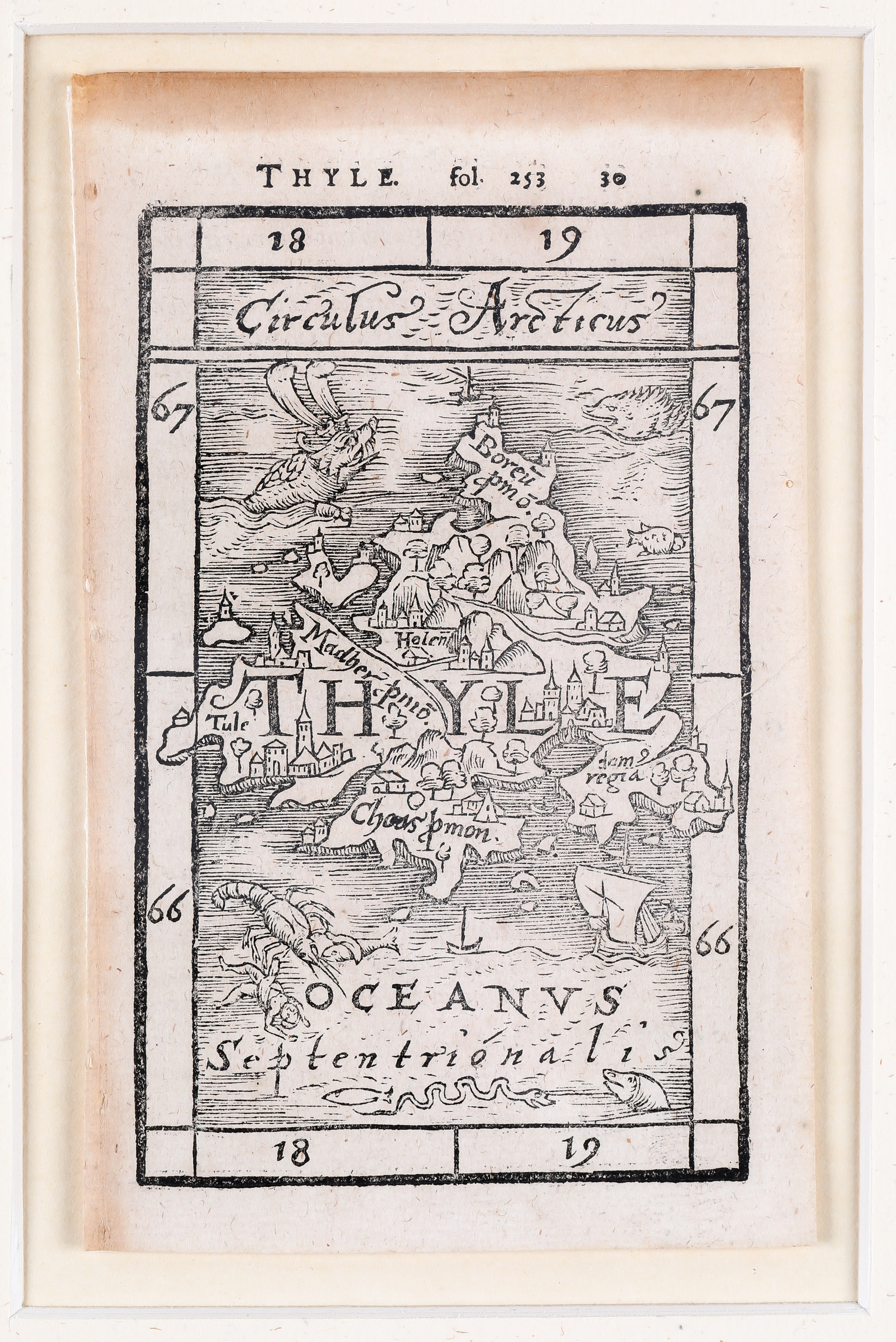 took over his father‘Adam’s printing company in Basel in 1528 and changed its name into „Officina Henricpetrina“ in 1565. After the death of Adam his mother Anna married the famous cartographer Sebastian Münster around 1529/30. This enabled him to publish his works and those of others, for example the „Geographia“ and the „Cosmographia“ of the Greek mathematician, geographer, astronomer and philosopher Claudius Ptolemäus which describe the world view of the antique.

This map is included  in Henri Petri’s edition of the works of Mela „De orbis situ“ and of Solinus „Polyhistor“ in 1576. It resembles the map that appeared in „Rudimenta cosmographica“ by Johannes Honter in 1542.

Pomponius Mela was the earliest Roman geographer and cosmographer, born in Tingentera on the Northern shores of the Street of Gibraltar and died c. AD 43.
Mela‘s work is regarded as the oldest geographical work which has been written in Latin and it circulated during Europe‘s great Age of Exploration.

Gaius Julius Solinus was a Latin grammarian, geographer and compiler who flourished in the first half of the third century.

When the two Roman scholars published their map, Iceland had not yet discovered. The map is depicting the „Thule“ of Pytheas, a mathematician and geographer who lived in Marseille in the fourth century BC. The map shows „Thyle“ between 66 and 67 North which could well be Iceland but between 18 und 19 East which is wrong for sure.
Thule has always been a mythical place and this applies also to this map.

Strangely enough „Circulus Arcticus“ and „Oceanus Septentrionalis“ are the headlines.
„Thyle“ is printed across the map. In the ocean around the island there are sea monsters, one is attacking a human. Several villages and/or churches are to be seen.
One of them is named „Holen“ which stands for the bishopric Holar. One big church is named „Tule“ and another has no name, most likely one of them is Skalholt, the other bishopric. Another place name is „Chaos P Mon“ near a mountain which looks like a volcano which could be Hekla. The label „Chaos“ was given to places in Iceland by Olaus Magnus in his famous „Carta Marina“ in 1539.

Looking back at the history of this map it seems to be the result of a mixture of Roman
and the early modern age cartographical knowledge.

The abovementioned Honter Map is on my search list for a long time. I still hope …