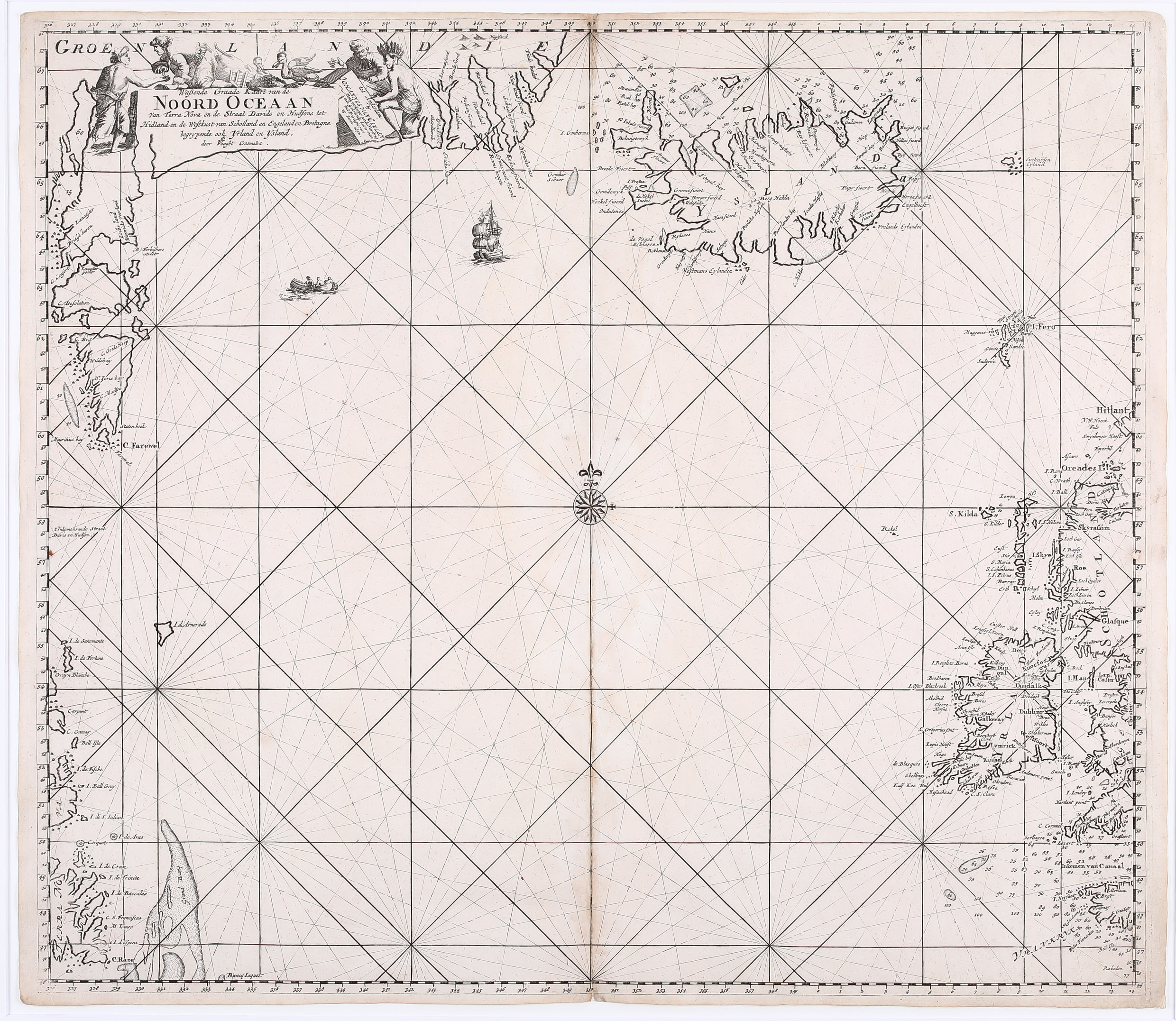 was a Dutch cartographer and publisher who mainly produced nautical charts and atlases. He was the founder of a firm which should become the biggest and most influential name in the history of Dutch sea-charts. Born in Deventer, Johannes established himself in Amsterdam in 1678. In 1680 he gained a privilege from the states of Holland and West Friesland for the publication of pilot guides and sea atlases. In that year Johannes released the „Zee-Atlas. De groote nieuwe vermeerderde Zee-Atlas ofte Water-Wereld“ which became  immensely popular and was steadily re-produced until 1734. In 1681 „De Nieuwe Groote Ligtende Zee-Fakkel“ (Shining Sea-Torch) appeared. The atlas had charts compiled by Claes Jansz. Vooght and artwork from Jan Luyken. This five-volume work was published in several editions until 1685 and made Johannes van Keulen famous. There were translations of the atlas in French, English, Spanish and Italian language.

Gerard van Keulen (1678 – 1726), the son of Johannes van Keulen, was endowed with talent and by doing an internship with his father, Gerard became a skillful engraver. He was also proficient in mathematics and navigation and established the scientific basis of the van Keulen firm. In 1714 he was appointed hydrographer of the Dutch East India Company and the family remained chart makers until the company‘s liquidation.

After Gerard van Keulen‘s death at the age of only 49 years, his son Johannes II. van Keulen (1704 – 1755) carried on the business. He is known in particular for his publication in 1753 of a sixth volume of the „Zee-Fakkel“ which contained new charts of the route to the East Indies and was re-printed until 1773.

When Johannes van Keulen the Younger died, his son Gerald Hulst van Keulen (1733 – 1801), great grandson of the founder of the „Empire“, took over the firm. He was responsible for publishing the final true van Keulen editions of the family‘s signature product, the „Zee-Fakkel“. When he died the business was continued by his son Johannes Hulst van Keulen and after his death in 1841 the firm passed out of family hands and flourished under different names until 1885.

This sea chart is taken from „De Groote Nieuwe  Vermeerderde Zee-Atlas ofte Water-Werelt“. It covers the North Atlantic, including Iceland, Ireland, the Faroe Islands, a portion of the coasts of Greenland, Davis and Hudson Street, Newfoundland, Scotland, England and France – and the non-existing „Enchuysen Eyland“. Loxodromic lines emanate from a compass rose in the center of the map, and a sailing ship and a fishing boat ply the sea. The title cartouche shows various types of natives engaging in trade, and some local sea birds.

The outline of Iceland is based on other nautical charts. The Western Fjords have turned into two peninsulas: one pointing west and the other north. Within Iceland only „Berg Hekla“ is depicted.