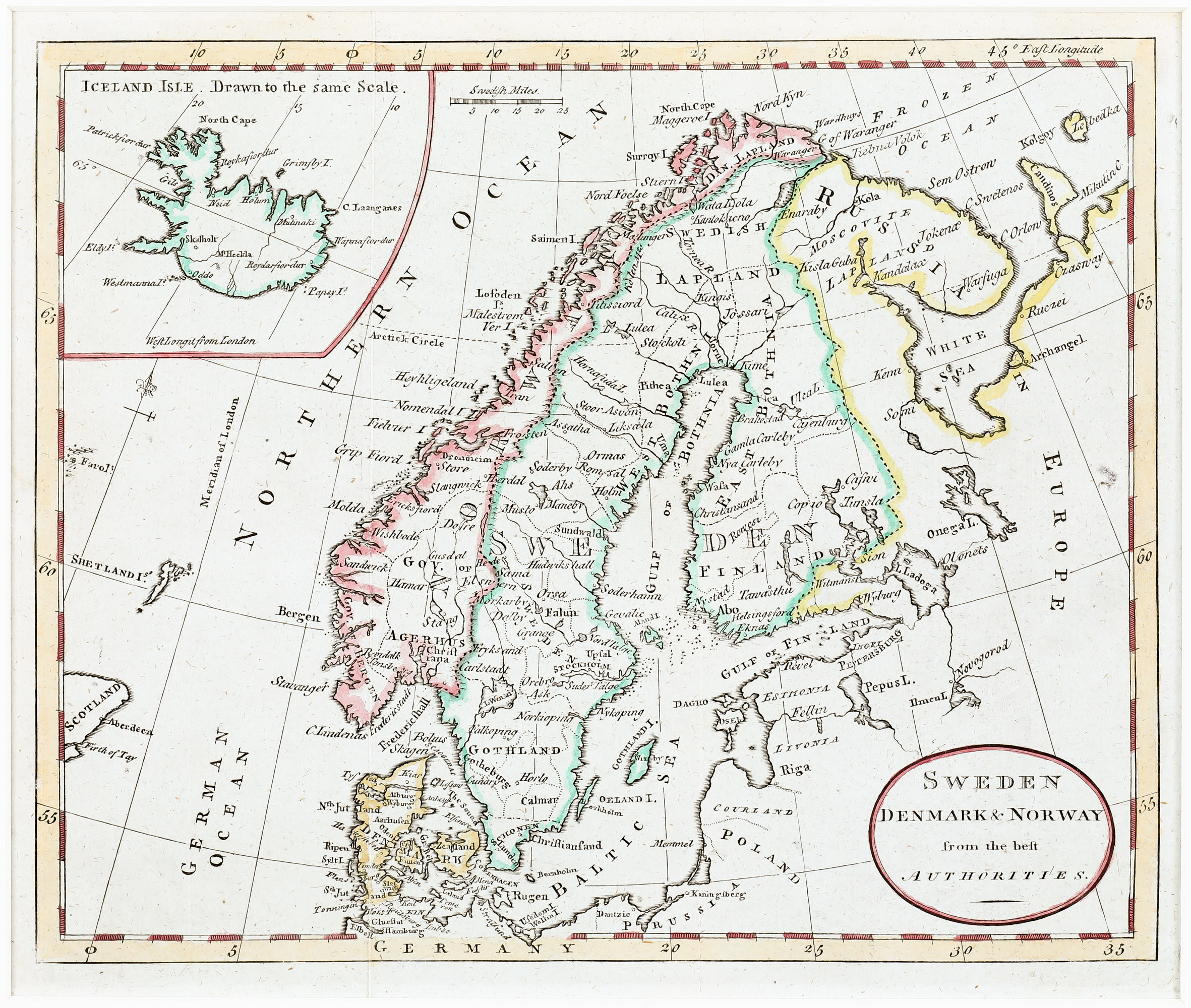 was a London based engraver, cartographer and publisher. At the age of 14, he apprenticed to the prominent mapmaker Emanuel Bowen. In 1739 Kitchin married Bowen‘s daughter Sarah and later inherited much of his preceptor‘s prosperous business. By 1741 Kitchin worked independently and about 1773 he acquired the title „Royal Hydrographer to King George III“ of England, a position his son Thomas Bowen Kitchin also later held. Thomas Kitchin is responsible for numerous maps published in „London Magazine“, „Gentleman‘s Magazine“ and „The Star“. His most important works are the first pocket atlas of Scotland „Geographia Scotiae“ in 1748/49, „The Small English Atlas“ in 1749 which he co-published with another of Bowen‘s apprentices, Thomas Jefferys and „The traveller‘s Guide through England and Wales“ in 1783.

Thomas Kitchin also engraved maps for Guthrie‘s „New geographical, historical and commercial grammar; and present state of the several kingdoms of the world“, published by Charles Dilly, G.G. and J. Robinson in London in 1790. Kitchin is said to have frequently stolen the works of other cartographers which could be the reason why he „created“ so much cartographical work.

This uncommon map is from the Italian edition of Claude Buffier‘s „Geographie Universelle“, published by Antonio Zatta in 1790 (who is mentioned underneath the map on the left).

It is decorated with an unusually shaped title cartouche in the lower right corner.
„L‘Isola D‘Islanda“ is drawn to scale in the upper left corner, together with the notice underneath: „Appartinente al Re di Danimarcia“ (Property of the King of Denmark“).
In the North Atlantic two distance scales are depicted.

The map covers Scandinavia, the Baltic, Iceland, the Faroe, Shetland and Orkney Islands, Ireland, Scotland, most of England and the northern part of Germany.

In the interior of Iceland there are only a few place-names: the bishoprics Skalholt and Holar („Halon“) and „M. Hecla“. A main error is the positioning of the Arctic Circle („Circolo del Polo Artico“), placed in the center of Iceland.

This map of 1790 resembles a map of an anonymous author wich appeared c. 1720.
In the earlier map the title in the cartouche is longer and without a year specification; furthermore ornamental emblems of countries and regions are flanking the map and therefore the size of that map is larger.

The acquisition of this map has an unusual background. I saw this type of map on the website of a US-based antiquarian and had ordered it. Unfortunately the parcel did not reach me and I thought it had gone lost in post. Therefore I took the chance to acquire another copy of the map when it was surprisingly offered on ebay. Shortly afterwards the parcel was delivered and I was happy. Several months later the missing map surprisingly arrived and consequently, there are now two copies from the identical plate in the „Schulte Collection“ but the quality of this map is much better than the one I had ordered first and arrived after much delay.